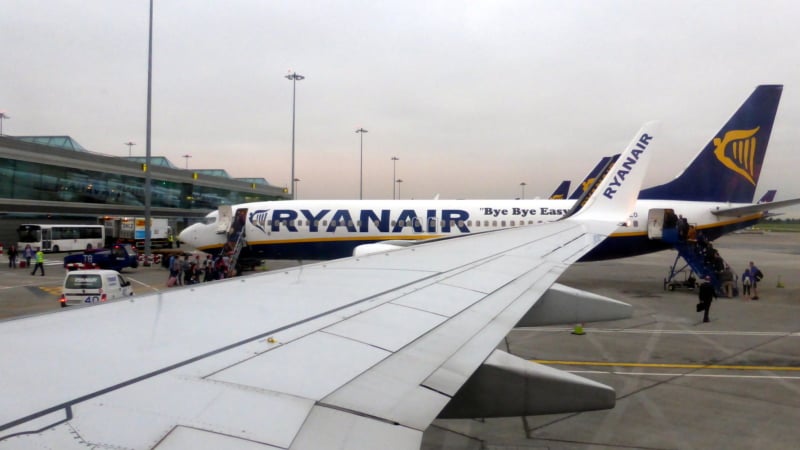 Recently, FlightRadar24 posted about Ryanair’s airborne activity of Christmas day, or should I say the lack thereof. At first I thought Ryanair hid its radar activity, maybe to protest Elon’s location rule, only to realize that I was blissfully unaware of a longstanding tradition that the airline celebrates every year.

Christmas Day does not generally translate to home for the holidays for many passenger carriers, as flights still carry about their operations just like any other day. Not counting the countries that don’t celebrate Christmas Day, there can still quite some passenger activity depending on which parts of the globe you look at.

For those who celebrate Christmas, working in any airline related role on the 25th may not be the merriest of days, but luckily for a select few, Christmas day is something to look forward to!

1) Ryanair does not fly on Christmas Day

As mentioned above, FR24 posted a screenshot showing Ryanair’s operations on December 25, 2022. As you can see, the map is empty! Like other Irish carriers, Ryanair takes its Christmas celebrations very seriously, giving its entire team the day off every December 25th.

The tradition seems rooted in Ireland’s heavy Roman Catholic influence, with Christmas Day marking the celebration of the the birth of Jesus Christ. Since many take their faith seriously, it also passes on to airlines like Aer Lingus and Ryanair, resulting in them giving their entire team the day off.

Ryanair and its subsidiaries wrapped up shop early on December 24th, with the last flight touching down in Funchal around 8 p.m. UTC time. Operations resumed on the 26th with the flight departing Pafos, Cyprus just after 5 a.m. UTC (7 a.m. local) destined for Amman, Jordan.

2) Jet2 does not fly on Christmas Day

British carrier Jet2 also takes time off on Christmas day, mainly to give its workers time off to spend with their families. Unlike Ryanair, some of Jet2’s crews worked a bit later, cutting it down to the wire with all but two flights touching down before midnight UTC.

Flight LS746 from Fuerteventura in the Canary Islands touched down in Edinburgh on December 25th at 1:18 a.m. UTC. Another Jet2 aircraft flying in from Sofia, Bulgaria, touched down in Manchester at 1:01 a.m. UTC, but I believe this might have been done for repositioning purposes rather than serving as an actual passenger flight.

3) Aer Lingus does not fly on Christmas Day

Like Ryanair, Aer Lingus also takes Christmas Day off due to the strong religious association behind the holiday. The last Aer Lingus flight touched down at Dublin on December 24th at 11:06 p.m. UTC after flying in from Tenerife, with just enough time to get the crew members and others associated home in time for the 25th.

Unfortunately for a few, Christmas was cut short for those operating flights out of western destinations with Aer Lingus UK flight EG930 leaving Barbados on December 25th at 10:31 p.m. UTC (6:31 p.m local) destined to Manchester.

4) PLAY Airlines does not fly on Christmas Day

Founded in 2019, Icelandic low-cost airline PLAY Airlines came to be after two former WOW air executives decided to form a new airline following WOW’s collapse earlier the same year. One of the traditions that carried forward was not flying on Christmas Day in order to let the airline’s workers spend time with their families for the holiday.

PLAY wrapped up operations quite early on December 24th, with the last flight arriving in Reykjavík mere minutes after 3 p.m. local time. After the holiday break, the first flight out left Reykjavík bound for Paris at 6:14 a.m. local time on the 26th.

5) Dublin Airport closed to all passenger flights on Christmas Day

Finally we have an airport for a change. For the same reasons like Ryanair and Aer Lingus, Dublin Airport shut down its passenger operations on December 25th, as per its yearly tradition. If you go on their website, they even say “Dublin Airport remains open 24 hours a day, 364 days a year, we are closed on Christmas day.”

With the last passenger flight arriving at 11:10 p.m. local time, the airport decided to celebrate the start of Christmas Day by including one last arrival with flight number “SAN001” from the North Pole.

Even though the airport closes for passenger traffic on the 25th, a number of behind the scenes workers still come out to carry out maintenance duties such as runway and taxiway inspections, standing by for emergency traffic, and supporting any other non-passenger traffic operations (e.g. cargo).

This is not an exhaustive list, so if you know of any other major airlines that do not fly on Christmas, please let us know by sending and email to email hidden; JavaScript is required. 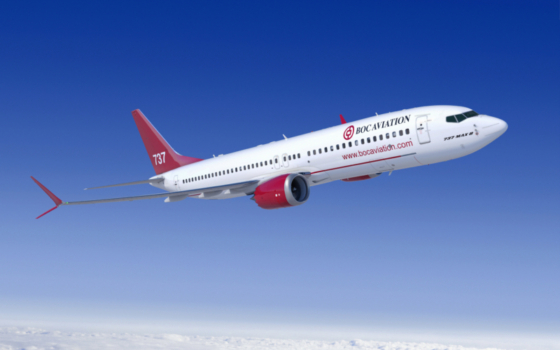