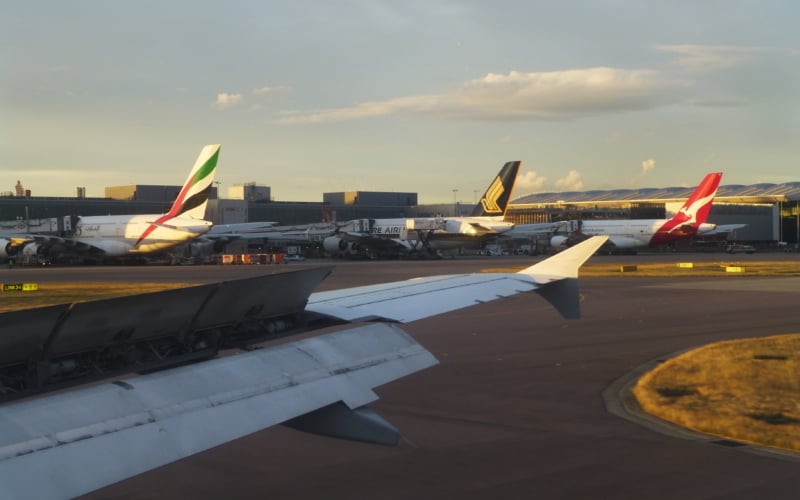 The Airbus A380 has definitely made its mark on the aviation industry, taking the title of the world’s largest passenger airliner and the only full double-decker aircraft to date.

Targeted at high passenger volume airlines, the A380 was designed as an ultra high capacity aircraft aimed to deal with much larger loads and compete with Boeing’s already successful 747. The thinking behind this idea was that carriers could operate a few A380s rather than having to fly more single-decker long-range aircraft like the A330s, A340s and 767s. The project was first hatched by Airbus engineers in 1988, and was later presented at the 1990 Farnborough Airshow. The team proposed that the A380 could reduce operating costs by at much as 15-20% versus operating a Boeing 747-400.

To deal with the aircraft’s mammoth size, major airports had to revamp some of its terminals to include jet bridges that could connect to both the lower and upper decks, as well as rework its runways and taxiways to deal the aircraft’s additional weight and wingspan. Airports that regularly facilitate A380s or are A380-certified have specific taxiway procedures and gates to prevent collisions with other aircraft and objects, as well as limit potential damage to taxiways not rated to handle the aircraft’s weight.

The A380 is so big that it is the only aircraft besides the now destroyed Antonov An-225 that carries “Super” in its air traffic controller callsign due to strong wake turbulence generated by the aircraft. If you listen to ATC streams, you might generally hear something like “Emirates 376 Super”.

Unfortunately the A380 was too late to the market as other smaller but more fuel efficient products such as the Boeing 787 and Airbus A350 proved to be worthy adversaries. This resulted in just 251 units being delivered. Many thought the pandemic would have been the final nail in the coffin for the super jumbo jet, but the huge spike in travel demand from 2021 led to many being taken out of storage. With that said, let’s take a look at those carriers that still operate A380s. 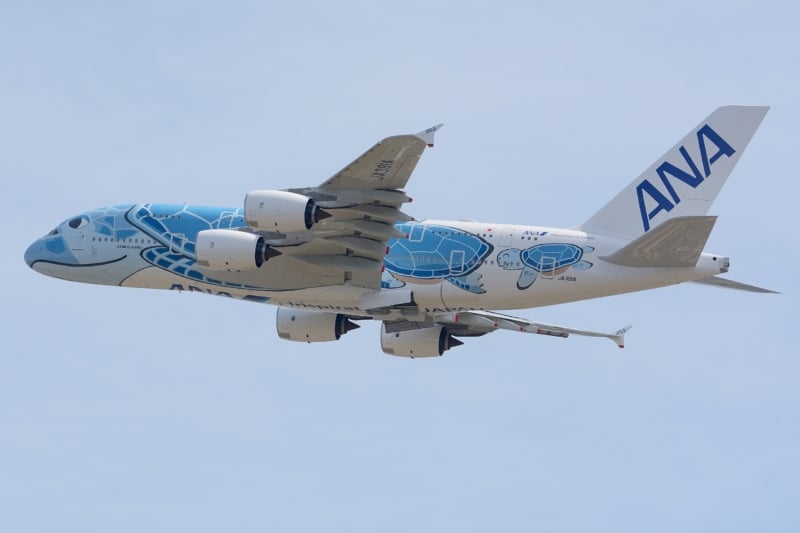 With just three orders in the book for this Japanese operator, All Nippon Airways (known as ANA) uses these Hawaiian-themed birds to shuttle passengers between Tokyo-Narita and Honolulu. All three are decorated in unique turtle themes dubbed the “Flying Honu”. The Hawaiian Honu or Green Sea Turtle is a species of turtles common to the pacific island chain, and in Hawaiian culture, Honu is a symbol of longevity, safety, and mana (spiritual energy), with their presence bringing good luck and peace.

With its first delivery in March 2019, only two of the three have been re-introduced into commercial service, providing 2x weekly service between Tokyo and Honolulu. We won’t be surprised to see the third bird hitting the skies again with the recently relaxation of travel restrictions. 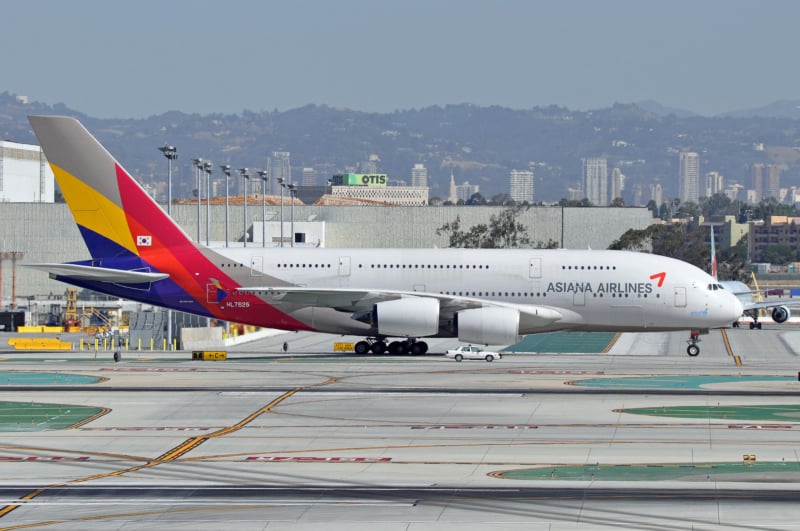 South Korean-based Asiana Airlines (soon to be acquired by Korean Air), took delivery of a total of six A380s from 2014. So far it appears that only three of their Supers are in active service, operating between Bangkok, Seoul and Los Angeles. One aircraft has been in long term storage since March 2020, while two others were stored in August and September 2022.

It is unclear if or when these giants will return to the skies, but Asiana plans to retire their entire fleet of A380s within the next 4-5 years. This decision has to do more with Korean’s decision to retire their respective fleet of 10 A380s. The Korean/Asiana merger is expected to be completed by 2024, and it does not make sense for them to operate a small fleet of A380s given that the bulk on Korean’s side will be phased out. 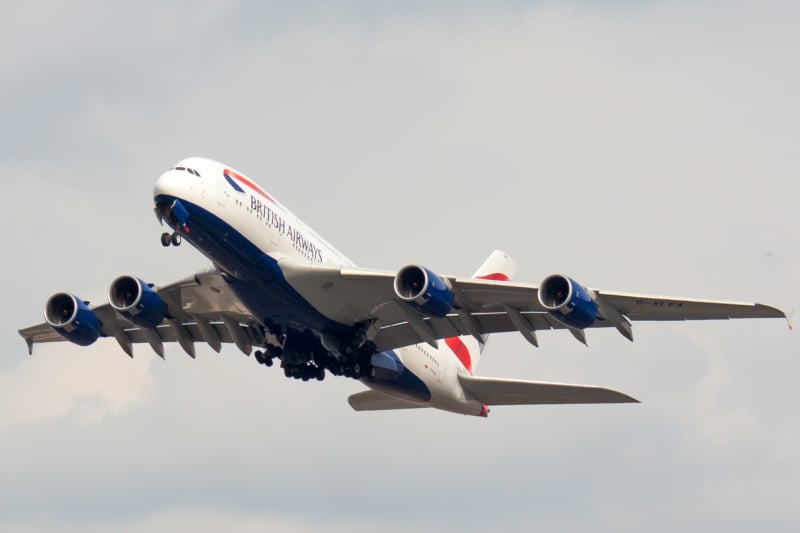 British Airways moved full steam ahead, reintroducing its entire fleet of 12 A380s citing increasing travel demand. The airline took delivery of its first A380 in 2013, increasing that number to 12 over the next few years. Like many other carriers during the pandemic, they were forced to park their A380 fleet in early 2020 because of the sudden drop in air travel due to low demand and international border restrictions.

Unlike some others which still have their aircraft in storage or outright retired them, BA brought five back into service in early 2022, initially on shorter haul routes to re-acclimatize the crew. The remaining seven came online in June 2022 to pick up the slack between UK and US destinations. 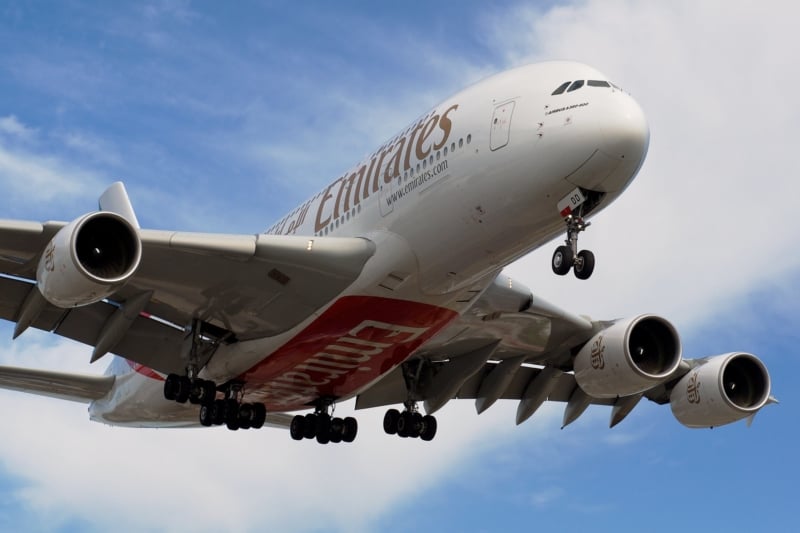 By far the largest operator, Emirates took delivery of almost 50% of all A380 orders, totally 123 of the 251 delivered to Airbus’ 14 customers. Unlike some other airlines, Emirates plans to maximize its A380 usage until the mid-2030s, and so far have retired just five aircraft, bringing its total down to 118. At the moment, the airline is working towards bringing back its entire A380 fleet into service by spring 2023. At the time of posting, just under 100 were already in active duty. 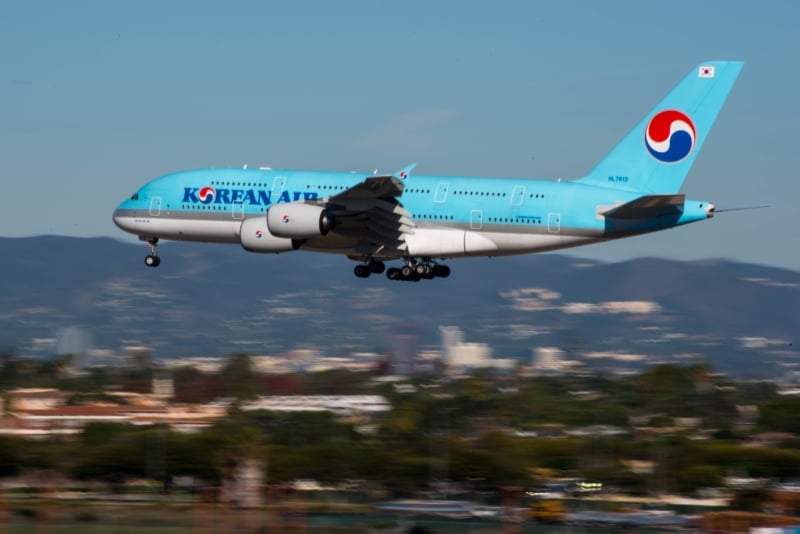 As mentioned earlier, Korean plans to retire its fleet of A380s within the next four to five years (along with Asiana when they complete their merger). The airline is slowly moving away from quad jets, as they focus on purchasing smaller twin-engine jets for its long haul operations. Their A380s should leave the fleet by 2026 while their 747-8is will live on for about five more years, leaving by 2031.

Of the 10 delivered between 2011 and 2014, five have been parked since early 2020, while the remaining five operate flights between Bangkok, Seoul and New York. 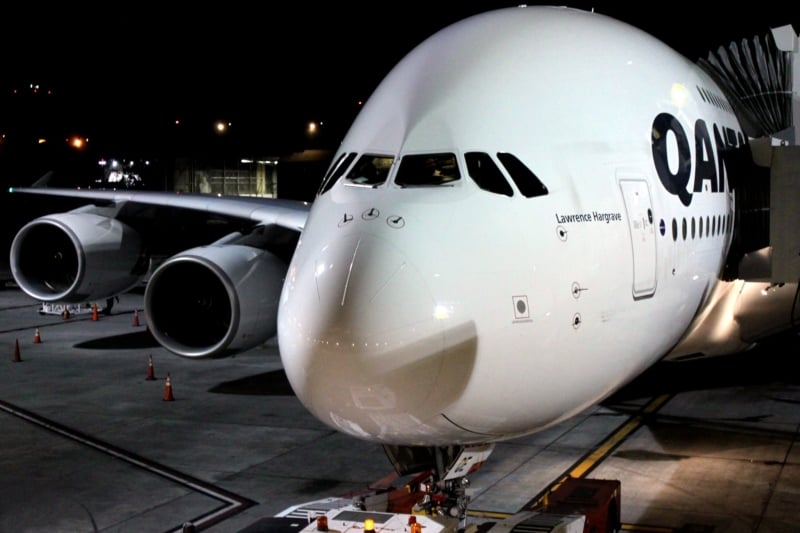 Taking delivery of its first A380 in 2008, Australian carrier Qantas added 12 of these giants to its fleet over a four year period. They would do like many others and park them during the pandemic, but with traveling picking up, five have already been brought online, with plans to reinstate five more before the end of 2023. The airline was so confident in its return to travel that they refurbished the business class and premium economy cabins of their A380s.

So far it seems the airline is flying them from Sydney to London, Los Angeles and Singapore. All A380s returning to service will feature the retrofitted cabins in the following configuration: 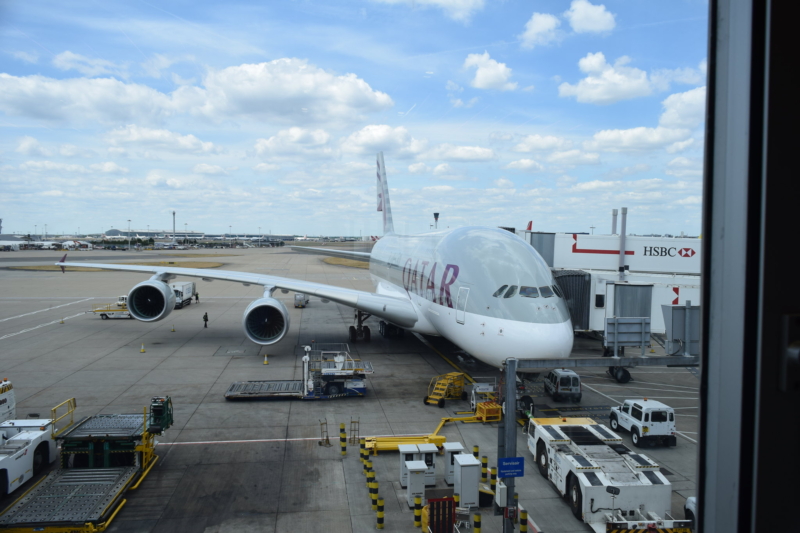 Qatar Airways took delivery of 10 A380s starting in 2014, but the airline’s CEO Akbar Al Baker did not mince his words, stating the super jumbo was the “biggest mistake” and would retire them if conditions were better. The airline has its hands tied and still has eight in service as a result of the recent drama involving their Airbus A350s paint dispute. The significant delays affecting the next-gen Boeing 777-9 also means they need to keep the A380s flying just a bit longer to meet capacity needs.

Following behind Emirates, Singapore was the 2nd largest A380 operator at one point, taking delivery of up to 24 supers between 2007 and 2018. Singapore was also the launch customer of the new super jumbo product. Looking at today’s numbers, it appears that seven of those heavies have been retired (one going to HiFly Malta which they also eventually dropped). Of the remaining 17, Singapore has 12 in service, operating them across various European, Pacific and Asian routes.

While there are no firm details about Singapore’s long term plans for the A380, recent cabin upgrades to these could indicate that they will be with the fleet for at least a few more years to come.

Others (not in active service)

With all 10 A380s in indefinite storage, it’s not clear when the carrier will bring its supers back into service. Like others, the airline parked its biggest jets due to low demand. While they have not made a decision, they say it is possible to see the A380’s return if travel picks up significantly.

Originally taking delivery of 14 A380s, Lufthansa’s fleet count has dropped to eight as the remaining six were sold back to Airbus. After being initially carded for retirement in April 2022, the airline rescinded its decision two months after as they saw significant improvement in travel numbers, and due to the significant delivery delay of the Boeing 777-9. Lufthansa’s A380s should return to the skies between mid-2023 and 2024.