British Airways Brings Back Its Entire A380 Fleet Into Service 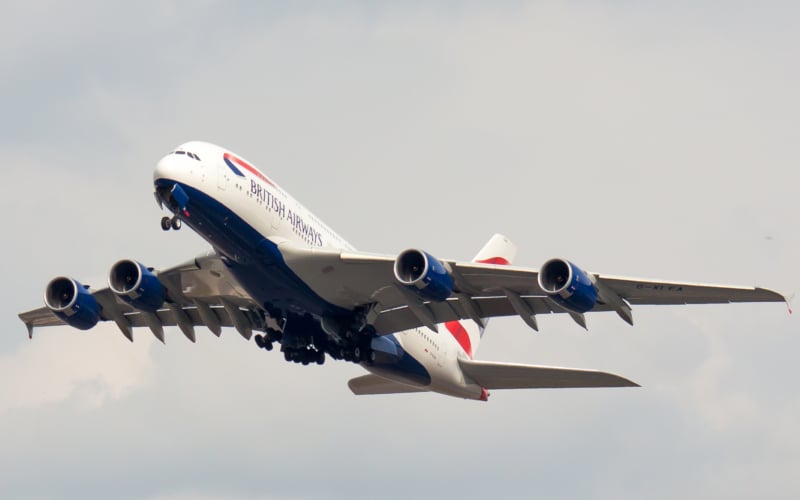 The Airbus A380 lives to see another day, at least with British Airways.

The A380 has always been a unique aircraft because of its sheer size. Even though it has the capacity to carry more passengers than a 747 and does so efficiently when fully loaded, it was a case of joining the market a little too late. Twin jets like the Boeing 787 and Airbus A350, while much smaller, were much more efficient to the point where it made more sense flying two of them versus one A380. With other limiting factors to consider as well, Airbus only receive 251 orders for the behemoth, all of which have since been delivered.

British Airways took delivery of its first A380 in 2013, and has since added 12 to its fleet. Like many other carriers during the pandemic, they were forced to park A380 their fleet in early 2020 because of the sudden drop in air travel due to low demand and international border restrictions. Unlike some others which still have their aircraft in storage or retired them, BA brought 5 back into service in early 2022, initially on shorter haul routes to re-acclimatize the crew.

In a recent announcement, the airline confirmed the full A380 fleet’s return, with plans to operate them on a number of U.S. routes. This was done to accommodate the exceedingly high travel demand being seen for the rest of the year.

“This summer also marks the return of daily direct flights from San Jose, California, to London on June 13; and the return of A380 aircraft to more North American airports. Chicago and Vancouver were the latest cities to welcome home the Airbus earlier this week. Meanwhile, Dallas Fort Worth is preparing to welcome the A380 for the first time on July 1.  The aircraft, which is British Airways’ and the airline industry’s largest, offers a choice of First, Club World, World Traveller Plus and World Traveller cabins and has a total of 469 seats.”

Of the 14 airlines that ordered A380s, only seven have brought them back into service to some extent. Most have chosen to operate just a small portion of its fleet. Even Emirates which took the giant share of deliveries with 123 units, only operates less than 30% with 34 units in service at the moment.  Here are the 7 operators.

We will see in time if other operators decide to bring them back into service if travel demand remains as high as it is now (or even if it increases over time).