Photos/Video Show Extent Of Damage To Antonov An-225 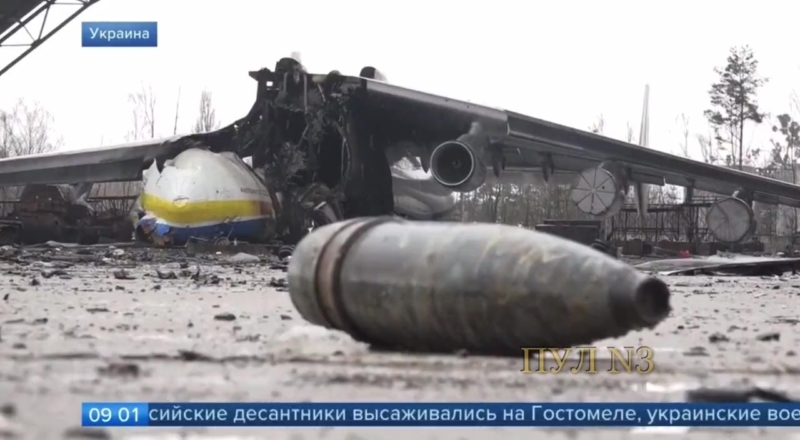 At the end of the first day of the Russo-Ukrainian War, unconfirmed reports popped up on Twitter suggesting that the Ukrainian-built Antonov An-225 Mriya was destroyed in a series of bombings at the Hostomel Airport. A few days later, Ukraine’s Minister of Foreign Affairs Dmytro Kuleba suggested that the rumors may have been true, but there was still uncertainty as there wasn’t concrete video or photos of the aircraft’s state. Antonov Airlines also denied initial reports, saying the status was unconfirmed.

New video coming from Russian state TV Channel One Russia shows the extent of the wreck, with the entire front section separated from the rest of the frame. There appears to be significant damage to the wing roots (with the right wing completely breaking off the frame), but surprisingly the entire rear section appears to be intact. Even the tires managed to survive the heat of the explosions. Both countries have blamed each other for the aircraft’s destruction. In the video, the Channel One correspondent claims the An-225’s damage was as a result of Ukrainian artillery strikes while Ukraine separately blamed Russian bombings for the damage. 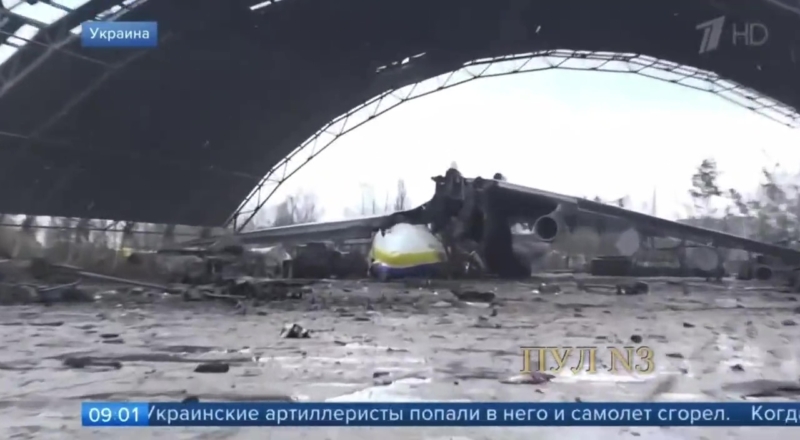 Originally designed in the 1980s by Antonov Design Bureau (now known as the Antonov Company), the behemoth of a cargo lifter was built to be a larger version of the Antonov An-124 for the purpose of lifting Soviet Buran orbiters higher enough for launch into space. Boasting six Progress D-18T turbofan engines, each producing up to 51,700 pounds of thrust, the An-225 Mriya could take off at a maximum weight of 1,410,958 lb/ 640,000 kg. The aircraft had two large struts on top of the wing roots which it used to support orbiters, and featured a twin-tail design to get around the airflow problem when carrying loads on its top supports. 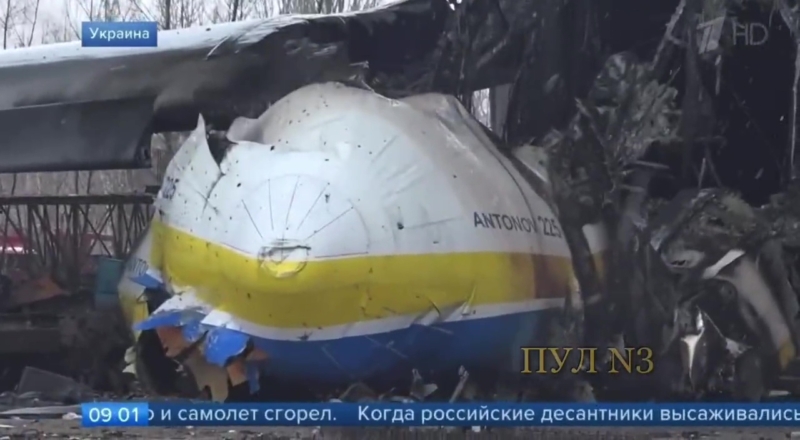 The An-225 was parked for some years after fulfilling its role in the military, before being brought back into commercial cargo service under the operations of Ukrainian-based Antonov Airlines subsidiary. In its years of operations, it set 240 world records, including carrying five tanks with a combined weight of 253.82 tons on September 11, 2001. In 2009, it carried its single heaviest load from Germany to Armenia, a gas-driven electricity generator weighing in at 188 tons.

Only one An-225 was ever completed. A second modified frame entered production, but was never finished due a lack of need and funding. By 2009, it was only just over 60% completed and has since been in storage. 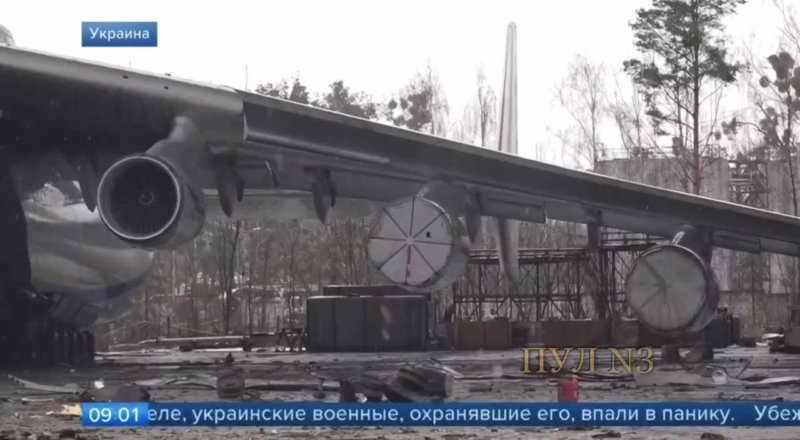 Below you can see the video from Channel One. The scene looks completely different from a video shared just a day before where the Russian convoy trucks were scattered around the airport property. Antonov posted a tweet stating that the frame still has to be assessed by experts to determine their next step forward. Even though Mriya might never live to see the skies again, it is possible that some parts could be salvaged and put towards construction of another An-225 using the 2nd incomplete air frame.

Currently, until the #AN225 has been inspected by experts, we cannot report on the technical condition of the aircraft.

Please wait for the official announcements about the condition of the aircraft#StopRussia #Ukraine https://t.co/pEXDanePTw