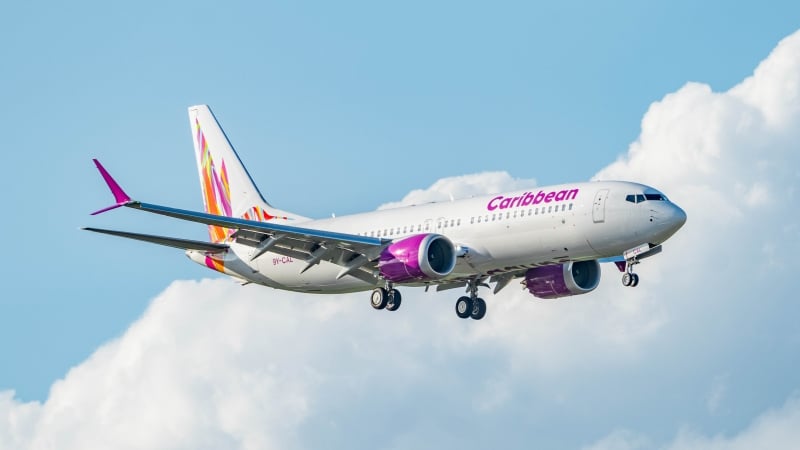 After years in the making, Caribbean Airlines has officially launched its Boeing 737 MAX 8 service with its first flight from Port of Spain (POS), Trinidad to Kingston (KIN), Jamaica.

First announced in November 2018, the Trinidad and Tobago based carrier was set to take on 12 Boeing 737 MAX 8 through various leasing partners to replace its aging fleet of Boeing 737-800NG aircraft. The airline hoped to take delivery of the first new aircraft at the end of 2019, but with the MAX grounding dragging on much longer than anticipated, followed by a significant decline in travel as a result of the pandemic and border closures, the first MAX 8 (registered 9Y-CAL) was flown to Piarco on November 2021.

With travel slowly picking up, the airline has decided to take a conservative approach, and will take delivery of up to nine MAX 8s, converting the remaining orders into options until travel numbers improve. So far two aircraft have been flown to the Piarco International Airport in Trinidad, with a third expected on January 18. At the time of publication, five frames were still spread across various Seattle airports in the Caribbean Airlines livery, while another sits behind the final assembly line, bringing the frame count to eight.

To launch the new MAX service (being dubbed the 737-8), Caribbean Airlines rolled out its ‘REset Expectations’ campaign, which served to officially introduce the new aircraft and spell out its recovery plans for the next few years. The company’s CEO, Garvin Medera said:

Surviving the past two years was testimony of our resilience and we are now re-energized. The REset Expectations campaign is the result of feedback from our customers and employees, and validated by sound data. We’ve listened closely to the sentiments, which enabled us to re-focus on enhancing the customer experience. In the coming months our customers can look forward to new products and services, all crafted with their needs in mind.  We’re really excited about the planned improvements, and everyone can stay informed via our social media channels and follow us on #RE-calibrate as we Reset Expectations in 2022.

At the launch, Medera also said:

The introduction of this new aircraft into service, represents Caribbean Airlines’ initiative to ‘REset Expectations’ for 2022. The 737-8 is the most technologically advanced aircraft in the world and it brings a range of benefits for Caribbean Airlines, our customers, and the environment. Fuel and maintenance costs are lower, each plane has 10 more seats than its predecessor with a total of 160 seats and the aircraft offers state-of-the-art technology and an upgraded level of comfort in both the business class and economy cabin, including in seat power for mobile devices, a new sky interior, sleek modern seats and much more.

We’re really excited about the plans and improvements for the coming year, all done with you in mind. Be sure to stay informed via our social media channels and follow us on #REcalibrate as we REset Expectations in 2022

The first MAX flight operated the Port of Spain to Kingston route as BW414 with their first MAX (registered 9Y-CAL). 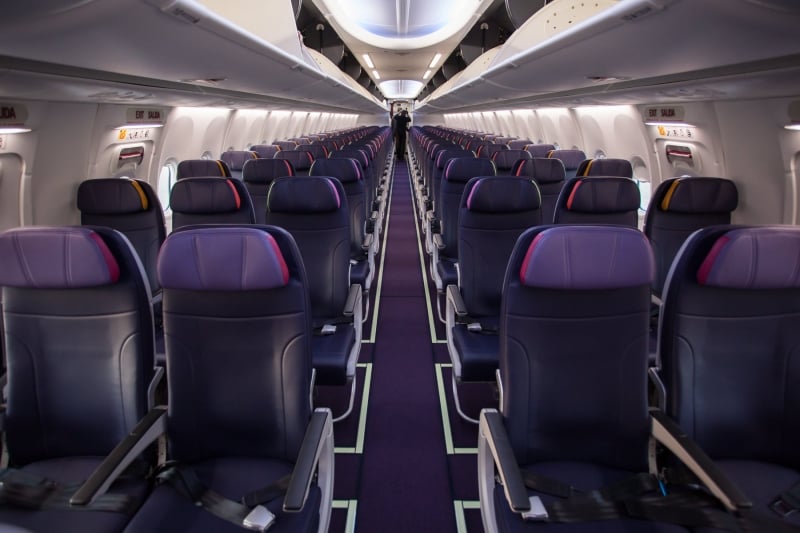 The MAX’s updated design reduces fuel burn by as much as 16%, and its newer LEAP-1B engines reduces noise pollution by as much as 40%. On the inside, some improvements include features like Sky Interior mood lighting, USB and 110v power ports in all seats, larger overhead bins and updated slimmer seats. Unfortunately non-business class passengers will be required to bring their own devices to stream content over the aircraft’s local Wi-Fi network as their are no seat back displays in Caribbean Plus or economy class. The seat backs are equipped with cradles for easier placement of tablets or mobile phones if you choose to stream a movie. 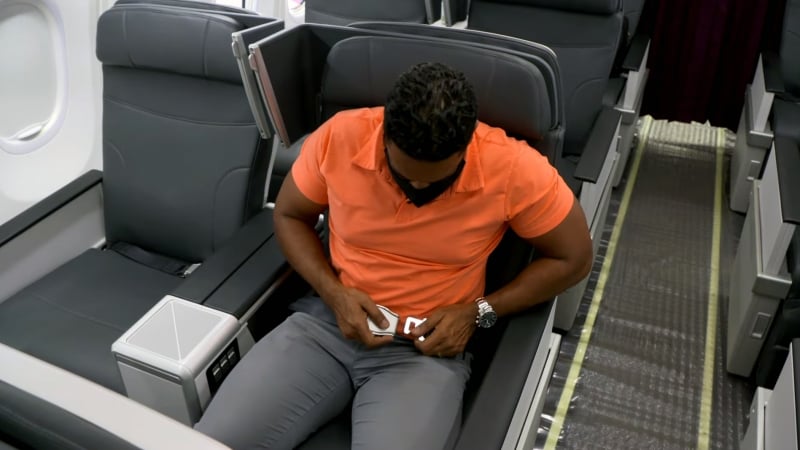 How does the Caribbean Airlines 737 MAX 8 compare to competitors?

With the additional 10 seats, the cabin has slimmed down a bit when compared to their older -800NG models. Economy goes from 32 to 30 inches of seat pitch, while Caribbean Plus travelers also lose 2 inches, going from 37 to 35. Business class passengers on the other hand gain an additional 3 inches of pitch, going from 42 to 45 inches.

The new layout is very consistent with those being offered by North American competitors such as American Airlines, United and Air Canada. Looking at the specs, the top three Boeing-operated competitors also offer 30 inches of seat pitch in economy, but fall slightly short in their ‘Premium’ cabins, offering 33 to 34 inches of pitch depending on the carrier. Caribbean comes out well ahead in business as the competition offers between 37 to 38 inches of seat pitch versus the roomier 45 inches being offered on Caribbean Airlines. From an economy perspective, JetBlue comes out on top, still offering passengers 32 inches in economy and 35 to 38 inches in their premium ‘Even More Space’ rows. As JetBlue does not fly to Trinidad with their Mint equipped A321s,  there is no competition from the business class side of things.

When can you fly the Caribbean Airlines 737 MAX 8?

Caribbean is slowly phasing in its fleet of MAXs into regular service. For now, passengers who want to fly the MAX will have to check their bookings as there are no set routes, but the airline has stated that their fleet of -800NGs will be phased out entirely by July 2022, making them an all MAX fleet by then. Travelers concerned about traveling on the MAX have the option to rebook on an -800NG flight in the equivalent booking class, or cancel their trip and receive a travel voucher good for one year of travel with the airline. 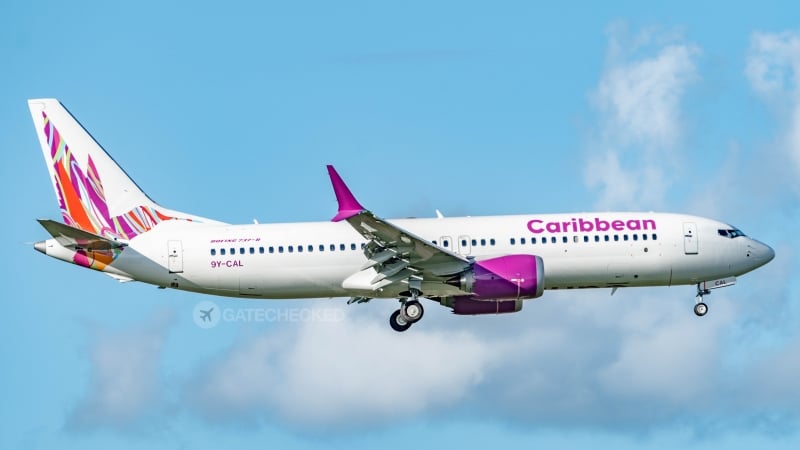 The airline becomes the 2nd carrier in the region to operate 737 MAX aircraft, following behind Cayman Airways. If all goes as planned, Dominican Republic-based Arajet would become the 3rd.