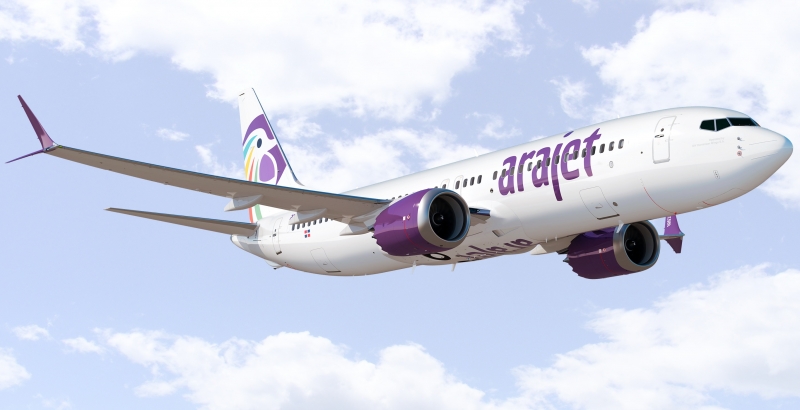 Dominican Republic-based Flycana (DW Dominican Wings, SA) will once again re-brand, this time as Arajet, and will pick up five brand new Boeing 737 MAX 8s to kick off operations in 2022.

The re-branding comes after the airline wanted to clear up any confusion between themselves and recently launched Sky Cana Airlines, a competing Santo Domingo-based carrier. In a release issued by the Dominican Junta de Aviacion Civil (JAC), the civil aviation authority confirmed the approved name change along with authorization for regular and non-regular air transport of passengers and cargo service to 30 new routes to the following international destinations:

The airline is set to take on 5 Boeing 737 MAX 8 aircraft. Arajet’s air frames were originally destined for Russian-based Ural Airlines, but they were eventually not taken up. At the time of publication, two Arajet frames had already rolled off the production line. Arajet will be the third MAX operator in the Caribbean following behind Cayman Airways and Caribbean Airlines. Details are still unclear but it appears that the airline will operate on a low-cost basis as their MAXs are set to come with an all-economy 189 seat configuration.

The 1st #737MAX in Arajet colors has rolled out of final assembly. They are taking the Ural Airlines NTU frames.

According to Arajet and the JAC, the airline is set to begin operations at the start of 2022 with its hub based at the Las Américas International Airport (SDQ) in Santo Domingo. The new entrant will be facing competition from brands like Sky High Aviation Services and newly established virtual airline Sky Cana. Arajet will also be going up against big names across most its destinations including American, JetBlue, United, Aeromexico, Copa, Avianca, Air Caraïbes and others.