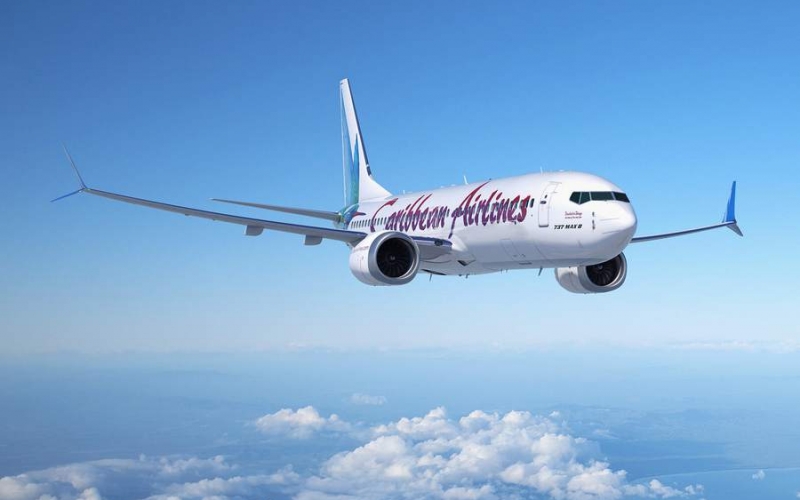 Caribbean Airlines’ chairman Shameer Ronnie Mohammed has announced that the airline will be adding 12 Boeing 737 MAX 8 aircraft to its fleet.

The announcement was made at the company’s customer appreciation event held at the Hyatt Regency in Port of Spain, Trinidad. Details are still very limited at this time, but if all goes to plan, the first MAX 8s should be joining the fleet in the last quarter of 2019. These new aircraft will come just in time to replace its current and aging fleet of 737-800s (some of which are approaching the end of their leases).

“In 2019, we will place even greater focus on enhancing regional connectivity with more options to make our region more easily and affordably accessible. Also, to ensure that our longer-term growth strategy remains on track, I am thrilled to announce that in the fourth quarter of 2019, we will begin taking delivery of our new fleet, the Boeing 737-MAX. In addition to opening new markets, these new aircraft will provide us significant advantages on operating cost, specifically fuel and maintenance.”

“We are honored that Caribbean Airlines has placed its trust once again in the Boeing airplane family and chosen to bridge to the future with the 737 MAX 8. Its selection reaffirms the partnership we have built together with the Next-Generation 737 family.”

“Boeing has been by our side since Caribbean Airlines was founded twelve years ago using the 737-800. The 737 MAX allows us to continue offering a safe and comfortable experience for our passengers, while significantly improving fuel efficiency and environmental performance,” said Medera. “All of these elements position us for long-term success.”

The MAX, outfitted with the popular Boeing Sky Interior and designed to be quieter than previous jets, will also offer Caribbean’s customers the latest in passenger comforts.

The 737 Max 8 will seat up to 160 passengers in Caribbean’s three-class configuration.

In his time as CEO, Madera has implemented a number of sweeping changes, including adding premium economy seating, buy-on-board snacks and drinks, as well as free streaming content over WiFi. They have also partnered with other airlines within the Caribbean, as well as internationally to expand their coverage map.

The airline has also reported preliminary profits of TT $96 million (Earnings Before Interest and Taxes) for the first nine months of 2018.