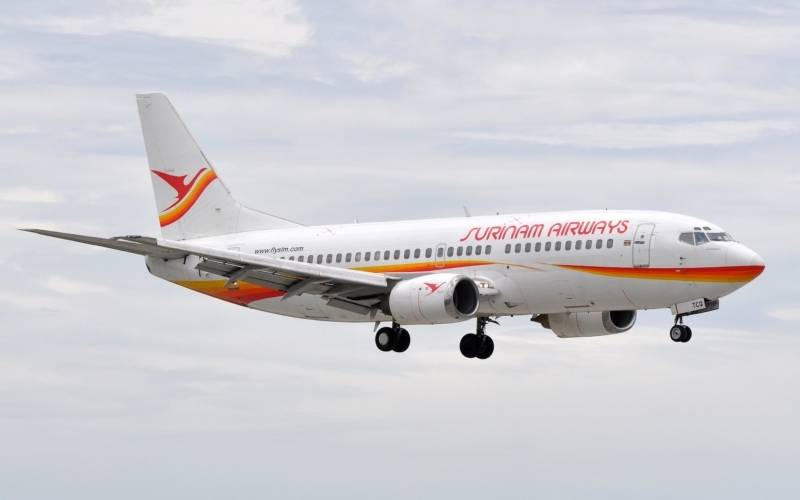 Struggling Surinam Airways has decided to dry lease a Boeing 737-800 in order to reduce its month expenditure.

The Surinamese-based carrier which currently wet leases a single Airbus A320-200 from Spanish-based Aura Airlines, wants to further cut its monthly expenses by switching to the dry lease aircraft. The airline will lease a 22-year-old Boeing 737-800 from GA Telesis with plans to operate the aircraft with its own crew. It is unclear if Surinam will carry out its own maintenance or if it will be outsourced to a third party MRO.

According to Luchtvaartnieuws, Surinam will pay US $168,000 per month for the new lease. Surinam’s CEO Floris de Haan also made mention that they are looking at a dry lease option for its Netherlands operations, possibly replacing the current Wamos Air A330 lease in the longer term.

Surinam has long struggled to control its expenses, with COVID-19 offering no assistance. In 2019, the airline operated an Airbus A340-300 and 2 Boeing 737-700s, but was forced to retire its lone wide body after they were unable to pay exponential maintenance bills to get the aircraft back to the skies. They then leased a Boeing 777-200ER which previously flew for Singapore Airlines but were unable to begin commercial service until late 2020 as the airline worked to gain Extended-range Twin-engine Operational Performance Standards (ETOPS) status (delayed by border closures due to the pandemic).

Even though the airline managed to get the triple 7 into service, it was short-lived as maintenance bills skyrocketed overnight (inclusive of an engine replacement). The company quickly ditched the aircraft and turned to wet leasing to fill the void, partnering with a number of brands including Hi Fly, Air Belgium and most recently Wamos. It wasn’t a bed of roses on the narrow body front as well as both of its leased Boeing 737s were seized at the Miami International Airport due to late payments extending beyond one year. Since then, the company has relied on various ACMI and charter operators to fill the void.