Pilots On ITA Airways A330 Both Fell Asleep Mid-Flight 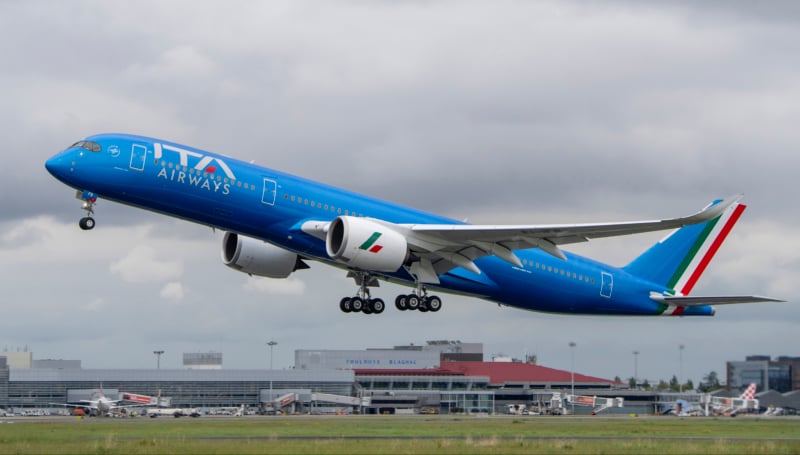 Newly born ITA Airways is already having a bit of a publicity issue after reports suggest that both on-duty pilots on board one of its long haul flights fell asleep at the same time.

According to the story published by Italian newspaper Repubblica, both pilots on board ITA Airways flight AZ609 fell asleep for at least 10 minutes while flying through French airspace. The incident which took place on May 1, 2022, came to light after Marseille Control (the air traffic control airspace covering the southeastern part of France) tried making contact with the aircraft for at least 10 minutes before getting a response. The pilots on the Airbus A330-200 were reporting the aircraft’s position while passing through Brest airspace, but french controllers were put on high alert after they were unable to contact the aircraft as it transited through Bordeaux and Marseille airspaces respectively.

French authorities contacted controllers in Italy, who in turn contacted the airline to try to get in contact with the pilots via a data link system called Aircraft Communications Addressing and Reporting System (ACARS). Two fighter jets were scrambled to assess the situation, but thankfully they were not needed as the pilots woke up about 10 minutes after ATC tried re-establishing contact with them. The flight which originated in New York made a safe landing in Rome 20 minutes ahead of schedule.

The report suggests that while the first officer was taking a nap as part of their “controlled rest” period, the captain also fell asleep at the “wheel” when they were supposed to be monitoring the aircraft’s systems and radios. Passengers were technically not put in immediate danger as the aircraft was cruising on autopilot at 38,000 feet, following its assigned route, but of course should there have been some kind of catastrophic failure or incident, things could have gone much worse.

The captain claimed that reports of both crew members falling asleep were false, and that there was a failure with the aircraft’s radio systems. An inspection carried out by ITA engineers suggested otherwise as they found no fault with the equipment. The airline also issued a statement, saying the captain was “not in compliance with procedure” both during the flight and when it has landed. Even though it appears the airline has acknowledged the situation, they did stress that passenger safety was not compromised due to the number of redundant systems on board to Airbus A330.

An ITA spokesperson told The Telegraph that, “the flight was on autopilot, flying at normal speed and altitude and never detoured from its route. Passenger safety was never compromised.” After the incident was investigated, the captain has since been reportedly fired. The first officer kept their job as they were sleeping as part of their “controlled rest” period. This allows them to rest for up to 40 minutes while in the flight deck.