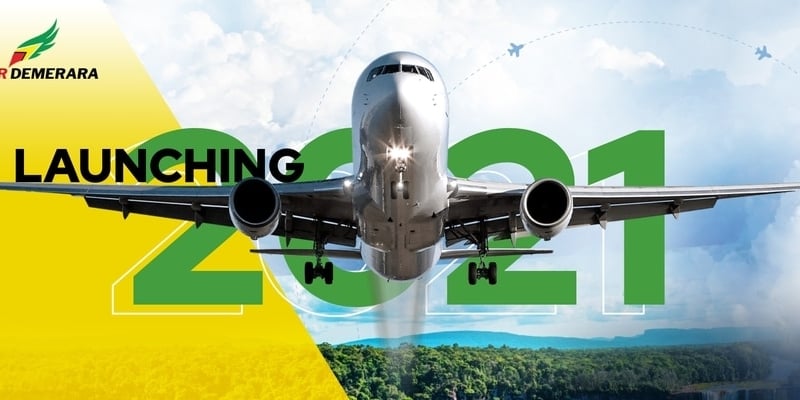 There is a new airline coming to Guyana. Dubbed “Air Demerara“, the company hopes to start flights out of the country from 2021.

The company which was incorporated in June 2019 has plans to operate flights out of both major airports Guyana (Cheddi Jagan International Airport (GEO) and Eugene F. Correira International Airport (OGL)) to destinations within the Caribbean, Brazil and North America. They intend to operate a fleet of new and “fuel-efficient” Airbus aircraft with a combined list price of US $500 million.

There aren’t any available details yet as to what models the airline plans to operate, but based on their description, it sounds like they may be interested in single-aisle aircraft, possibly a combination of Airbus A32xneos and/or A220s. I would not be surprised if they throw in a few turboprops in the mix as Ogle has a much shorter runway at just 4,200 feet.

The company already filed its Letter of Intent with the Guyana Civil Aviation Authority (GCAA) and received positive feedback. They also hope to receive its Air Operators Certificate (AOC) in time for the airline’s launch next year.

Air Demerara is being headed up by President and Chief Executive Officer, Zain Tulsie Issurdutt, and Chairman, Tulsie Ram Issurdutt.

Ram Issurdutt has previous experience in the aviation sector, founding Las Vegas-based regional airline TriStar Airlines back in July 1995. The airline however ceased operations 1 1/2 years later due to financial difficulties.

According to the Guyana Chronicle, it appears that the company will be partly funded with public and employee stock, and will also participate in carbon offsetting measures, contributing some of its earnings to various Amazon rainforest conservation efforts via the Government of Guyana and the Ministry of Forestry.

Douglas Piersa, the Director of Customer Relations, said that the airline will first tackle present routes already being served out of both airports, with expansion coming later on.

Both Guyana’s aviation and hospitality markets have gained a lot of international attention given their recent (and major) oil findings.

Caribbean Airlines for many years has provided airlift to a handful of North American destinations (both direct and via Trinidad), but competition has started heating up as JetBlue, American Airlines and Eastern Airlines has added (or will be adding) service to the South American country. It will be interesting to see what happens as Air Demerara wants to position itself as “Guyana’s National Airline”.