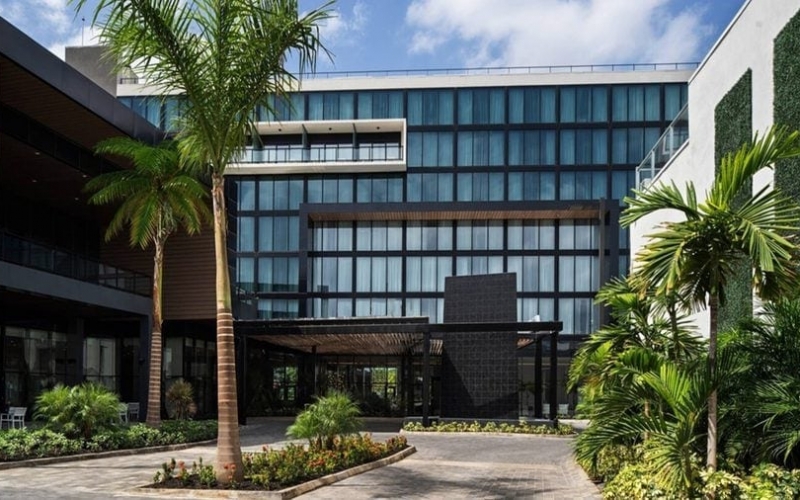 Guyana’s National Industrial and Commercial Investments Limited (NICIL) has announced the development of an AC Hotel by Marriott at Ogle, East Coast Demerara in Guyana.

As the petroleum industry is set to bring a huge boost to the South American nation, the Marriott hospitality group will be adding another hotel to its collection. As demand for rooms across the country has spiked over the last few months, the new property will bring an additional 150 rooms to the area, adding to the 197 rooms offered at the Courtyard Marriott in Kingston, Georgetown.

The new four-storey AC Hotel will be constructed by Trinuyana Investments Incorporated of Guyana, which is being led by Trinidadian businessman, John Aboud, in partnership with NICIL. The project is set to be completed some time in 2023 at a cost of US $75 million, employing over 400 workers during the construction period, and providing around 200 permanent jobs once the hotel opens for business.

According to the press release, the property will located in close proximity of the Eugene Correia International Airport (OGL) in the vicinity of the old headquarters of the Guyana Sugar Corporation (GuySuCo). It will be geared to both business and leisure travelers, providing the usual amenities associated with the AC Hotels brand as well as conference and meeting rooms, office spaces, and even long term living facilities which will be integrated into the hotel itself.

Aboud said, “after visiting here a few times and seeing the numerous opportunities that exists, I decided to invest in buying some land as I see that there is a need for such investment to further propel Guyana’s tourism.

Colvin Heath-London, Chief Executive Officer of NICIL also added that he is, “confident that the government and people of Guyana will certainly benefit from this major hotel investment.”

On a slightly different note, Heath-London also announced that a Hilton brand will be joining the Marriott hotel on the same property, but he gave no further details about the development.

Guyana has seen a tremendous increase in airlift as well as American Airlines airlines has added non-stop flights from both Miami and New York. JetBlue will also be starting service from New York on April 2, 2020, while newcomer Eastern Airlines plans to start service from JFK as well on March 5th.