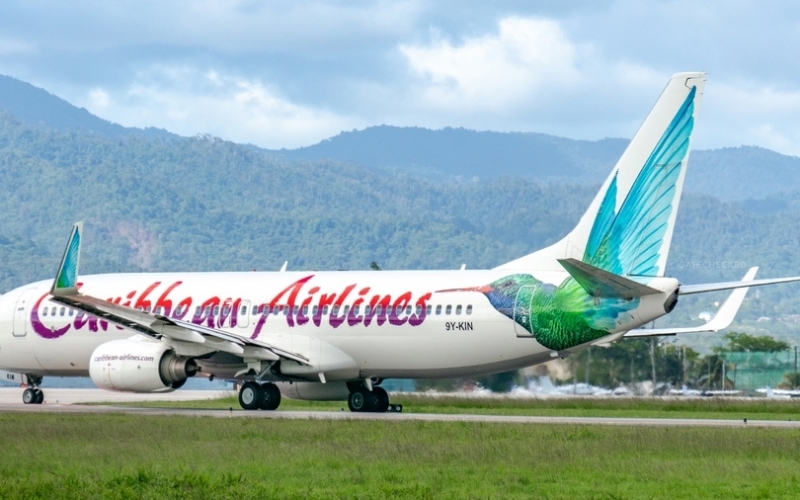 In a Notice Of Action Taken (NOAT) issued on September 29, 2020, approval of new exceptions were made under Title 49 (Transportation) of the United States Code in response to two separate applications made by the airline, allowing them to operate flights to both Houston, Texas and San Juan, Puerto Rico.

The approval allows for Caribbean Airlines to operate scheduled and chartered flights between Port of Spain, Trinidad (POS) and George Bush Intercontinental Airport, Houston (IAH) with an intermediary stop in Georgetown, Guyana (GEO). In the original request dated July 22, 2020, the airline proposed scheduled flights between POS and IAH three times a week, along with the following charter routes POS-IAH-GEO and GEO-IAH-POS which they hope to operate twice per month.

Regarding Puerto Rico, the airline was granted permission to fly from Trinidad and Tobago to San Juan, via the intermediate point of Dominica and Tortola, British Virgin Islands. While the airline recently started operating flights between Barbados and Dominica, those who remembered the application dated April 8, 2020 would have noted the airline’s plans to increase its presence within the Eastern Caribbean.

According to the request, they proposed three milk-run styled round-trip routes which would start in Trinidad (POS) with stops to a combination of some of the following destinations including Dominica (DOM), Barbados (BGI), Antigua (ANU), St. Maarten (SXM), Guadeloupe (PTP), St Kitts (SKB), Tortola, BVI (EIS), before ending in Puerto Rico (SJU). The three proposed routes are as follows:

In all the proposed routings, the aircraft would overnight in San Juan before returning to Trinidad the next day.

With Trinidad and Tobago’s borders still closed to incoming traffic, most of approved plans have to be put on hold, especially as Caribbean Airlines plans to temporarily cut staffing and reduce salaries from mid-October as they deal with several operations limitations. On the flip side, most of the other Caribbean islands have re-opened (or soon to re-open) their borders, and it wouldn’t be surprisingly to see new destination announcements later on regarding flights to Puerto Rico originating out of Barbados.