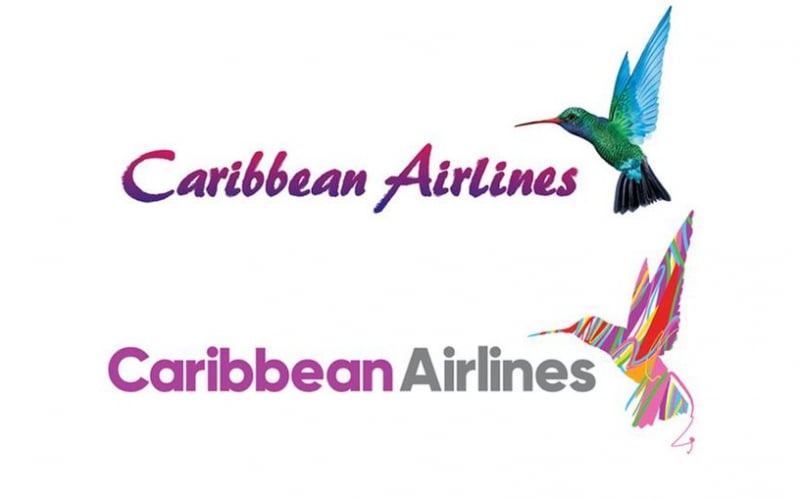 Images of the first MAX 8 were ‘spied’ in early May at Boeing’s 737 production factory in Renton, Washington. Bearing the registration 9Y-CAL, the new MAX features design elements matching their new design language, which fits in line with today’s toned down ‘Eurowhite’ liveries. Like the recently painted ATR 72-600, the MAX winglets, engine cowlings and logo are painted in a hue resembling vivid cerise.

The airline opted to keep the same hummingbird shape on the tail, but instead painted it with a combination of bright colors to “embody the spirit of flight, the vibrancy of our culture and connectivity within the region.” Unlike the ATR, the 737 does not feature the streamers on the side of the fuselage, nor does it have the ‘Caribbean’ lettering on the bottom. It’s not clear yet if this will be the final livery, or if the additional decals will be applied once the aircraft gets to Trinidad.

The first MAX 8 (line number 7947 and registered at 9Y-CAL) conducted its first test flight on June 12, flying for about 2 1/2 hours around the Washington area, performing a few circuits around Grant County International Airport in Moses Lake before returning to Renton.

The 1st #737MAX for @iflycaribbean departs @FlyRenton on its first flight today as BOE326.

With the first MAX already in the testing stages, their second 737-8 is already near complete. The 2nd frame (line number 8021) was caught unpainted at the time, but bear the distinctive hummingbird tail and pink/purple winglets, and will be registered as 9Y-GUY.

The 1st #737MAX for @iflycaribbean is pushed out for it's 1st flight as their 2nd MAX (unpainted) sits across the runway undergoing it's pre-flight prep. pic.twitter.com/UTZoRlfoVs

The 2nd #737MAX for @iflycaribbean rolled out.

In late November 2018, Caribbean Airlines announced their intentions to lease 12 Boeing 737 MAX 8 aircraft, hoping to take delivery of the first aircraft by December 2019. However these plans were put on hold after two MAX 8s crashed in November 2018 (Lion Air 610) and March 2019 (Ethiopian Airlines 302), resulting in a global grounding which lasted 20 months.

The problem was eventually put down to an issue with the Maneuvering Characteristics Augmentation System (MCAS). The system was introduced to mimic pitching behavior like the previous 737NG aircraft during non-normal flight. MCAs was eventually rebuilt from the ground up, and additional sensors were put in place to detect any erroneous data potentially being fed into MCAS.

Caribbean Airlines was forced to renew contracts on a short term basis for some of its present 737-800s in order to fill the void cause by the grounding. Unfortunately the airline was hit with further challenges as the COVID-19 pandemic set in in early March 2020, almost obliterating air travel. The company went from making a USD 6.7 million profit in 2019 to losing USD 103 million by the end of 2020, mainly due to border closures which are still in effect in Trinidad and Tobago.

Besides temporarily laying off some staff members, taking a USD $65 million loan, and temporarily operating a hub out of Barbados, the airline also returned two 737-800s (registrations 9Y-SXM and 9Y-JMD) due to contractual reasons. With 9Y-POS being parked since early 2020, the airline was left with 9 737-800s being cycled in limited operations, along with 7 ATR 72-600s.

Even after mounting financial pressure as a result of the pandemic and closed borders, the airline opted to maintain its contractual obligations to go ahead with fleet renewal. It is unclear how long it will take for all 12 MAX 8s to be delivered, but if all things go as planned, 9Y-CAL could be delivered to the airline some time between the 2nd and 3rd quarter of 2021.

With Trinidad and Tobago in line for 200,000 Sinopharm two-dose and 800,000 Johnson and Johnson single-shot vaccines, Prime Minister Dr. Keith Rowley announced that the country’s border policies will be revisited with the hopes of allowing travel from mid-July.