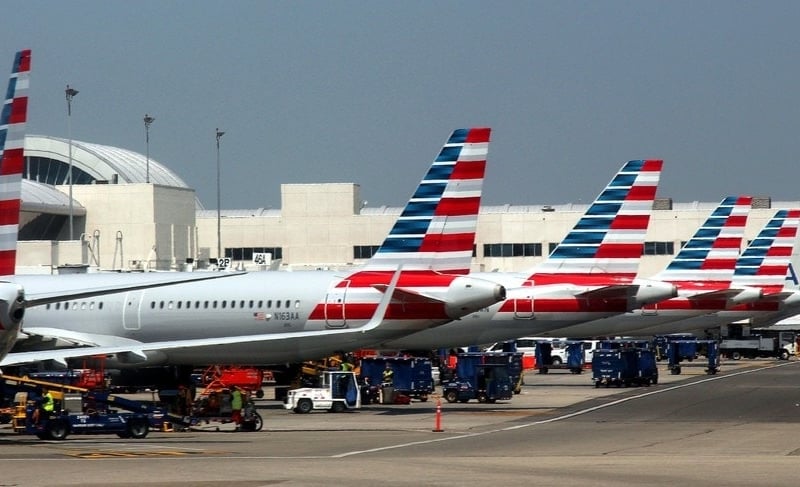 American Airlines has been in the news recently for all the wrong reasons, but here’s a positive story showing that there is still love within the airline.

If you follow The Points Guy on Instagram, they recently posted a story about one passenger’s uplifting experience with the airline (initially shared to their Facebook group).

Lori Thomas was on business in Virginia when she received a phone call informing her that her ailing father’s condition had worsened. She immediately booked a flight back home (from Dulles (IAD) to Colorado Springs (COS) with a connection in Dallas (DFW)). Unfortunately her flight out of Dulles was delayed, which meant potentially missing her connection in Dallas.

On the verge of tears, she wrote a note to the flight crew asking for help. Here’s Lori’s entire story.

After receiving an emergency call while on business regarding my ailing elderly Father, I booked the last flight home from IAD to COS. After almost an hour delay on the ground at IAD, I was sure I would miss my connect in DFW to COS, which would have meant an overnight in Dallas. Not wanting to burst into tears in front of passengers, I wrote a note explaining my situation and asking if anything could be done to delay the connecting flight. The flight attendant curiously took my note to the galley and returned with the following notes [images 1 and 3 on the Instagram post]. Upon arrival at DFW, I was whisked to an awaiting AA ramp vehicle on the tarmac and driven to my gate 2 terminals away. I made it home in time to spend an extra day with my Dad, who passed away this morning. Thank you to Deanna and the Captain on AA2784 and to the Captain and crew on AA2347. I am eternally grateful for your compassion and kindness.” Indeed, despite what you see making headlines, kindness, compassion and humanity does exist in the airline industry. Thank you to these American Airlines teams that went the extra mile and made this happen; your work doesn’t go unnoticed. Keep it up.

Based on the notes, it shows that a little collaboration goes a long way. After dispatch and the Dallas crew were informed about Lori’s situation, they arranged to have her shuttled from the first flight directly to the other via a ramp van. The crew headed to Colorado Springs also stated their willingness to delay the flight to ensure that she would be able to board to make her way home.

As a result, Lori was able to spend one last day with her father before he passed away. Had she been stuck in Dallas, she might not have been able to do that.