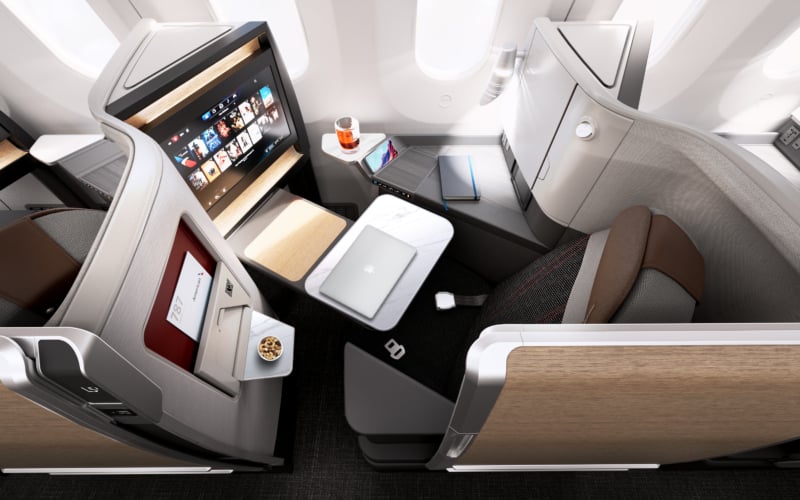 American Airlines has released previews of its new business class and premium economy seats that will come to select long-haul aircraft.

From 2024, American will start rolling out its new line of Flagship Suite business class seats on newly delivered Boeing 787-9s and Airbus A321XLRs. Their existing Boeing 777-300ERs are also expected to be retrofitted with the new cabins even though no definitive timeline has been given yet.

Besides launching a new business class product, American will also introduce updated premium economy seats, as well as an updated cabin interior. Economy seats will also go through a makeover even though it is not explicitly mentioned in the release.

“We are enhancing the customer experience across their entire journey with American,” American’s Vice President of Customer Experience Julie Rath said. “The arrival of new long-haul aircraft and the customized seat design of the Flagship Suite seats will offer customers a truly private premium experience on our long-haul fleet.”

Passengers entering the new 787-9s will notice a re-styled interior, featuring a mix of blacks and browns throughout the cabin. Initial impressions appear to give off a very corporate and modern vibe. The new fully enclosed Flagship Suites feature sliding doors that reveal the customary lie-flat seats with a mix of wood and plastic trims, also following the same black and brown theme. 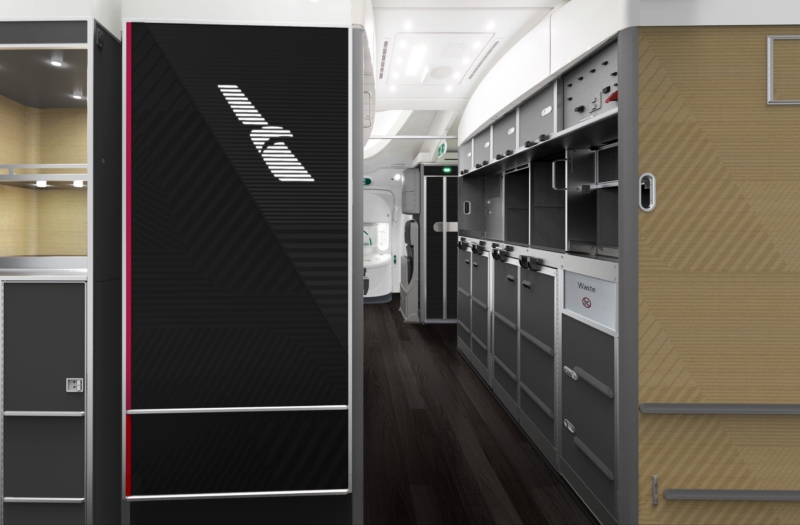 The new configuration will feature 51 Flagship Suites set up in a 1-2-1 layout, up from 30 business class seats on its present 787-9s. Based on the Adient Ascent product, these new enclosed seats feature sliding partition doors, lots of wood trimmed surfaces, a chaise lounge seating option, and a similar mix of browns and blacks featured throughout the cabin. It is already clear that these aircraft will be used on ultra premium rooms given how much space was assigned for business class.

The reverse herringbone style setup also allows for passengers in center seats to remove their dividing partitions to easily interact with each other. In the first photo below, it seems that the very front row may offer even more space, similar to what Virgin is doing on its new A330neos with its Retreat Suites. 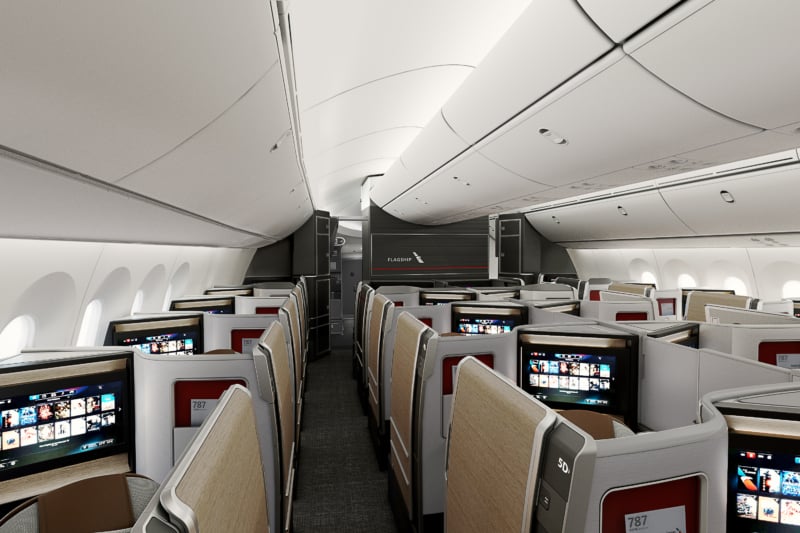 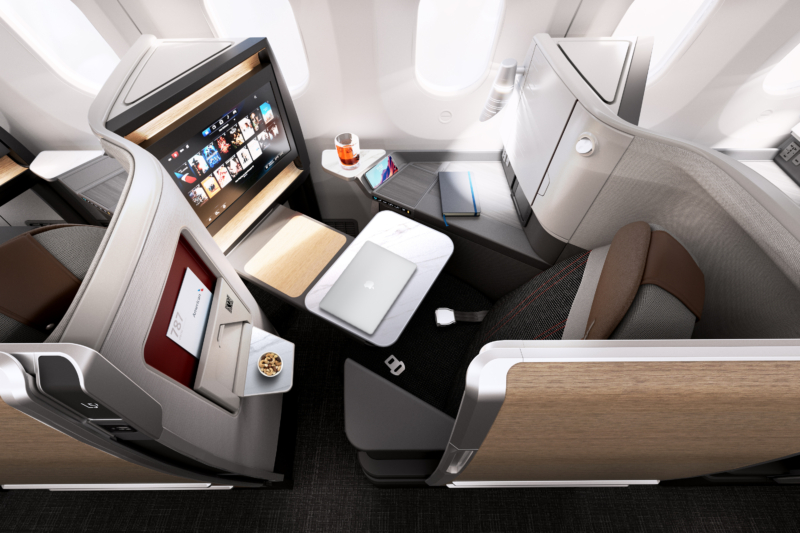 Premium economy seats feature a hard-shelled privacy shield, with leather seats following a similar color scheme as in business class. Even though no mention is made about economy, the renditions also show updated seating colors. Similar to the present config, new premium economy seats will be set up in a 2-3-2 manner, with an additional 4 seats bringing the new total to 32. With such an expansion in both business and premium economy, regular economy seat numbers will dwindle quite a bit, but of course they seem to be using these new jets to cater to a crowd with bigger wallets. 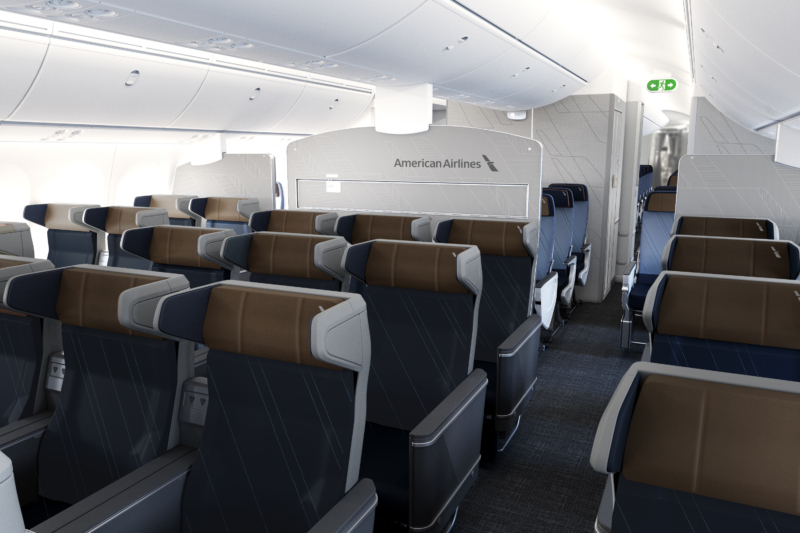 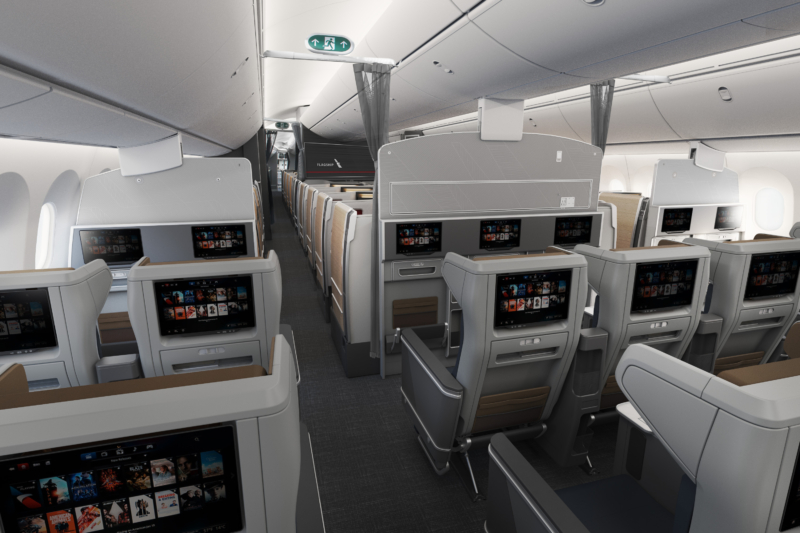 With 50 orders in the books, the addition of the Airbus A321XLR will make it American’s newest model to enter the fleet. Given that this variant will be used to operate some really long pulls, as well as on its transcontinental routes, it will also be outfitted with 20 business class seats, and 12 premium economy seats, with the rest being economy. Business will be in a 1-1 config, while PE will be 2-2. Again, we can see a sneak peak of the economy cabin with matching new colors. 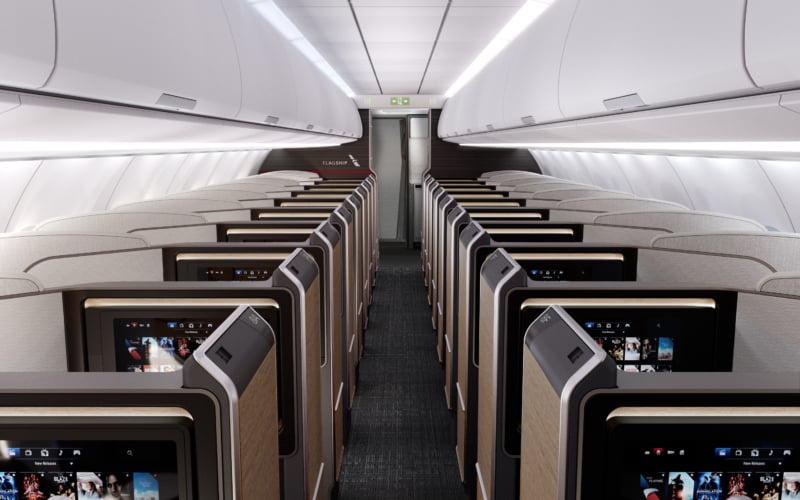 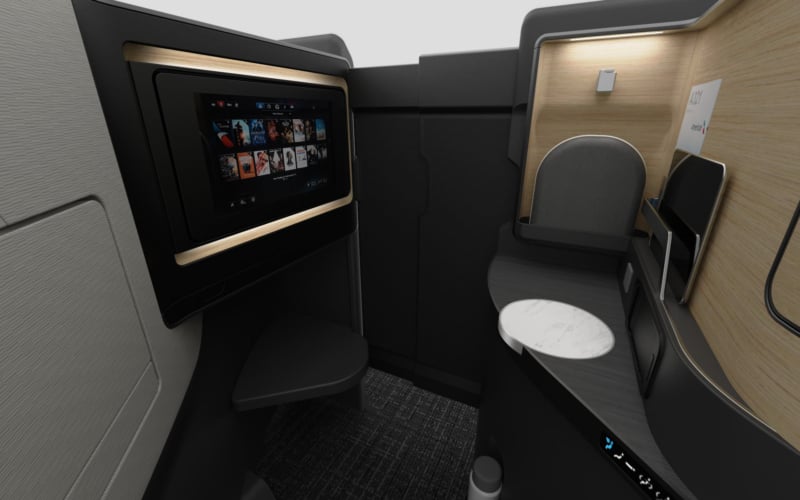 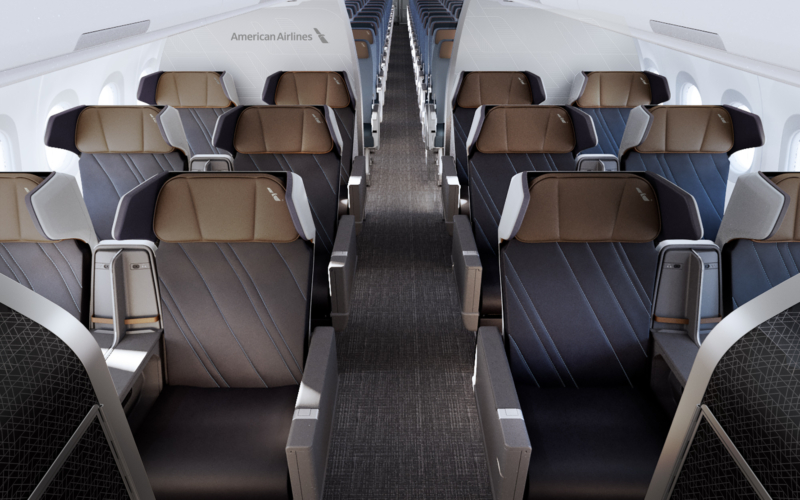 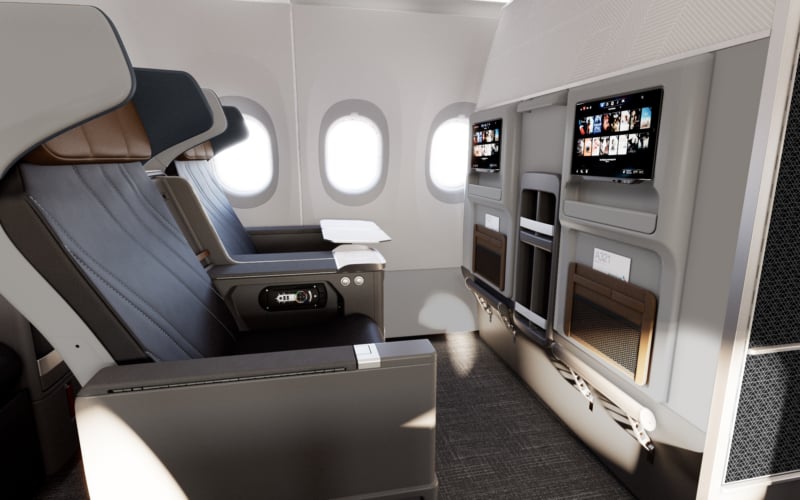 As mentioned above, all 20 of American’s Boeing 777-300ERs will receive retrofits. For starters, their international first class cabins will be a thing of a past, making way of 70 Flagship Suites. In its present config, the longer 777s have a split of 8 first class and 52 business class seats. Premium economy will also get a big boost, going from 28 to 44 seats. There’s no word on economy, but I suspect the numbers will also be reduced in favor of the more premium heavy configuration.

True first class cabins on their current Airbus A321T (transcon) sub-fleet will also disappear, and will be retrofitted to mirror the standard two-class A321 config with domestic first class seats. Its transcon routes departing from New York and Boston will then switch to A321XLR service.

Unfortunately the entire Boeing 777-200ER fleet, and current 787-9s and -8s will not see updates, and it appears the newer 787s will be kept specifically for its higher end markets.

American Airlines has unveiled its new long haul business class seats, dubbed the Flagship Suites, expected to be installed on new 787-9s and A321XLRs being delivered from 2024. The new suites also bring an updated cabin theme to match the new decor. Retrofits are coming to their 777-300ERs, signalling that the combination of newly acquired and retrofitted long haul aircraft will be used on its more premium markets, which its older 777-200ERs and 787s will be kept for lower tier markets. Besides business class, premium economy seats have also been modified, offering slightly more privacy.