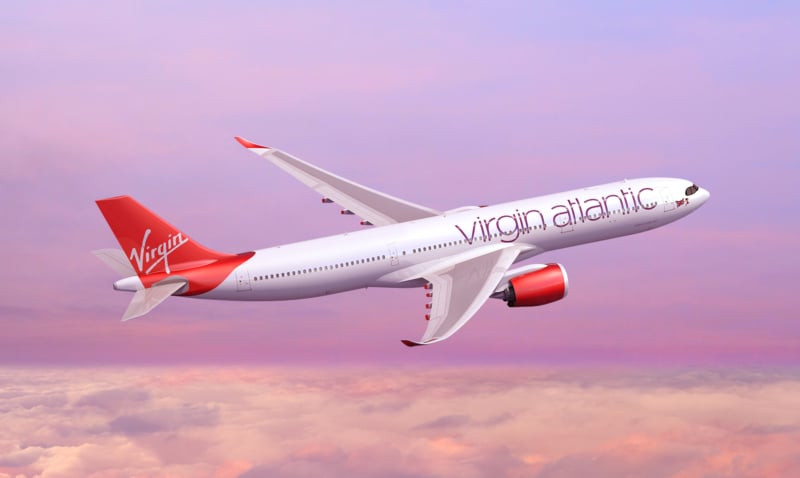 In the latest winter route news picked up by Head For Points, Virgin Atlantic will introduce its new Airbus A330-900s on five U.S. routes as it plans to slowly transition away from its older Airbus A330-300s. The new model will join Virgin Atlantic’s very modern fleet of Boeing 787-9s and Airbus A350-1000s, with the first entering service at the end of the year. Without wasting anymore time, let’s get into the routes.

Regularly serviced by an A330-300, the London Heathrow to Atlanta unfortunately will only see the upgraded neo equivalent on March 21 and 25, 2023. These are most likely familiarization flights as its partner Delta Air Lines also operates the same type out of the Atlanta hub. The route may eventually switch to being neo operated, but we will have to wait for a later schedule update.

Effective October 12, 2022, Virgin will operate A330neos on flights between Heathrow and Boston with the following exceptions:

Miami will see a soft launch as follows:

Virgin’s newest destination Tampa is getting the best hand from the winter deck. The route which will be exclusively served by A330neos will launch on November 3, 2022 with the following frequencies:

Virgin’s A330neos are configured with 30 updated Upper Class suites split in a 1-2-1 configuration over 8 rows. The standard lie-flat seats extend to 6’4″ with up to 22 inches of seat width, with a 17.3 inch IFE touchscreen display and Bluetooth audio, USB and AC power ports, wireless charging, per suite mood lighting and a do not disturb light.

Additionally, there are 2 “Retreat Suites” in row 1 which feature larger seats that extend to 6’7″ with much larger 27 inch touchscreen displays. The Retreat Suites have electronically controlled privacy partitions, but these two suites can be used together as a single social area. Each suite has an ottoman which doubles as an extra seat, allowing up to four guests the ability to chat or dine together. 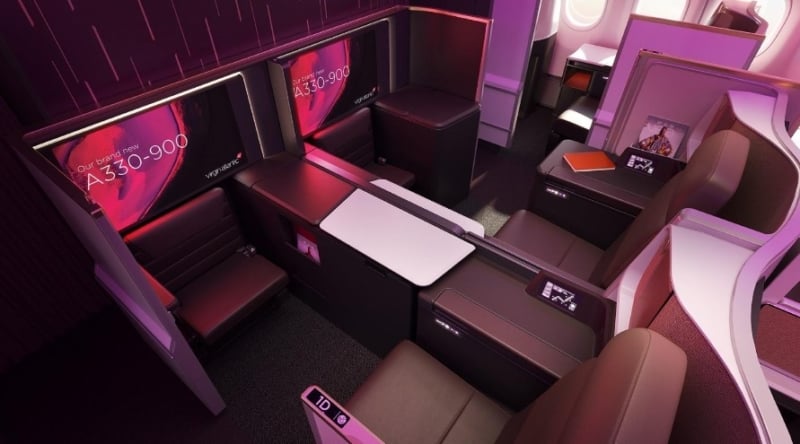 Besides business class, there are 46 Premium Economy seats split in a 2-3-2 configuration over 7 rows (minus 3 in the first row of PE). These seats feature 13.3″ touchscreens with Bluetooth audio, 38″ seat pitch, 18.5″ seat width, and AC, USB-A and wireless charging options. The rest of the aircraft features 184 economy seats in a 2-4-2 config. Passengers booking more legroom in Economy Delight get 34″ seat pitch while regular seats have 31″ seat pitch. There is also AC and USB charging ports in every seat.