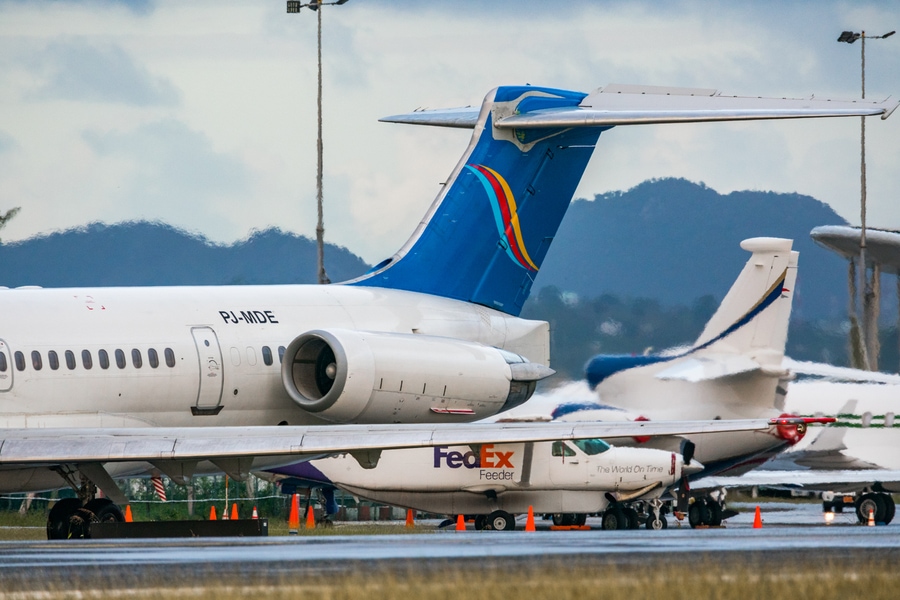 2019 has been a rough a year for aviation. With more than 20 airlines closing up shop, financing comes to the forefront in most cases. Between rising fuel and labor prices, fierce competition and an oversupply of seats, smaller airlines definitely felt the pinch while bigger brands were forced to re-strategize. In a few cases, some airlines were forced to close due to varying safety concerns.

Here’s a list of commercial airlines that ceased operations in 2019. I’ve done my best to find as many commercial closures, but if know of any other brands not mentioned, please feel free to send a message or leave a comment below so that the list can be updated. 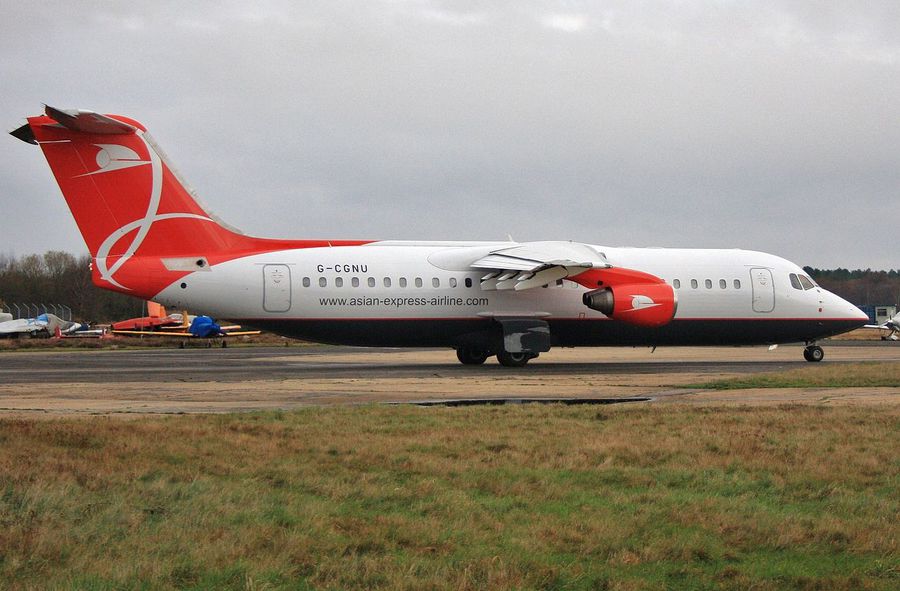 Operating a fleet of one A320 and 2 RJ100s, the Tajikistani carrier which operated out of Dushanbe closed on January 13, 2019, just 8 years after being founded. 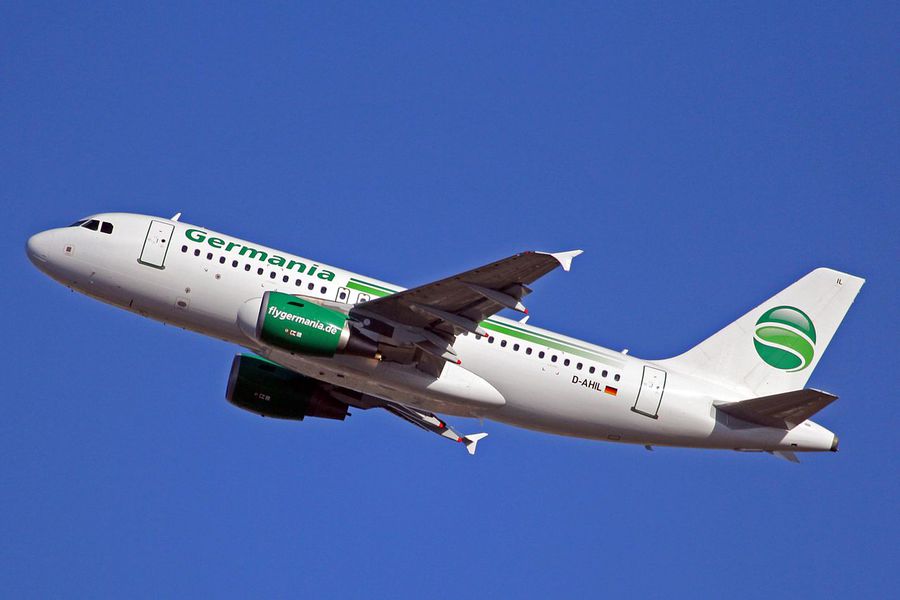 Closing its doors just over a month after the start of 2019, Germania was forced to call it quits after running into serious liquidity issues. The company’s CEO Karsten Balke blamed rising fuel prices, unexpected maintenance costs and the devaluation of the Euro against the dollar for its inability to continue operations. Staff members were not paid for January, and flights were canceled with immediate effect on February 5, 2019. At the time of its closure, the airline served about 60 destinations throughout Europe, Africa, and the Middle East, and flew about 4 million people per year. 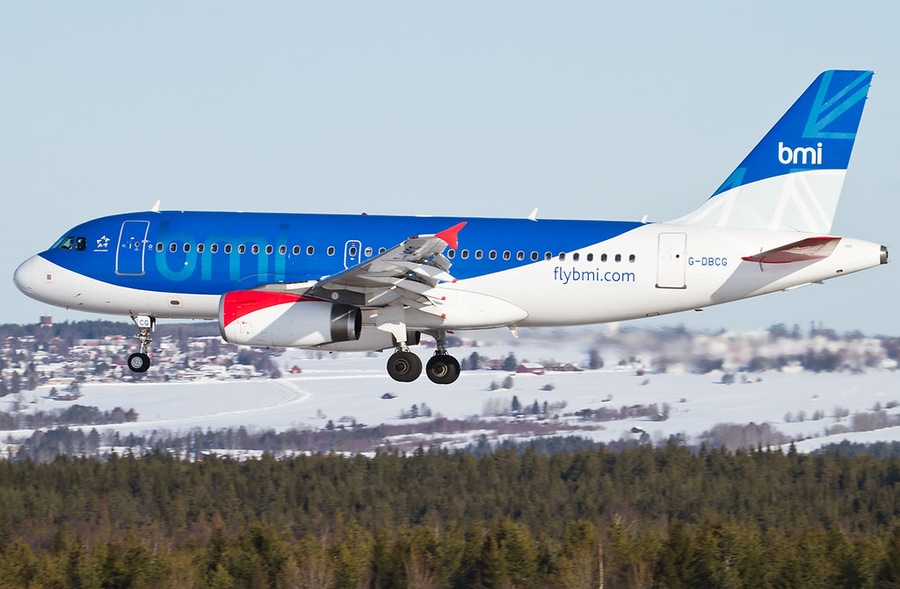 Operating out of East Midlands Airport in the United Kingdom, Flybmi was a regional carrier, serving the UK and parts of Europe with its fleet of Embraer ERJ-135s and -145s. The airline cited the Brexit scandal as one of its major reasons for going belly up as they encountered difficulties due to rising fuel and carbon costs.

Curaçao-based Insel Air saw financial problems from as early as 2016 due to their inability to collect funds owed to them by the Venezuela government. As a result, their MD-80s and Fokker 50s were forced out of service due to mounting maintenance issues. Over the next few years, the airline tried to maintain operations using Insel Air Aruba-based MD-80s, but those were eventually grounded as well after a series of pressurization problems. Even though the airline tried other leases, the company never regained stability and ceased operations on February 16, 2019. 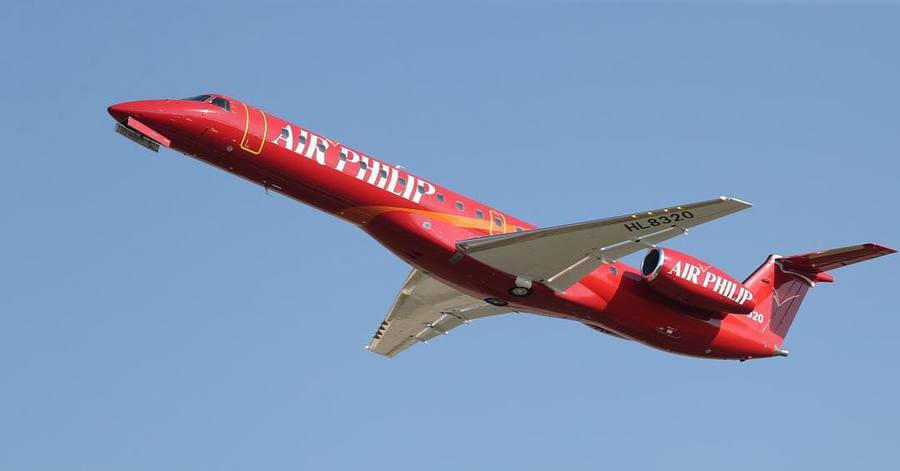 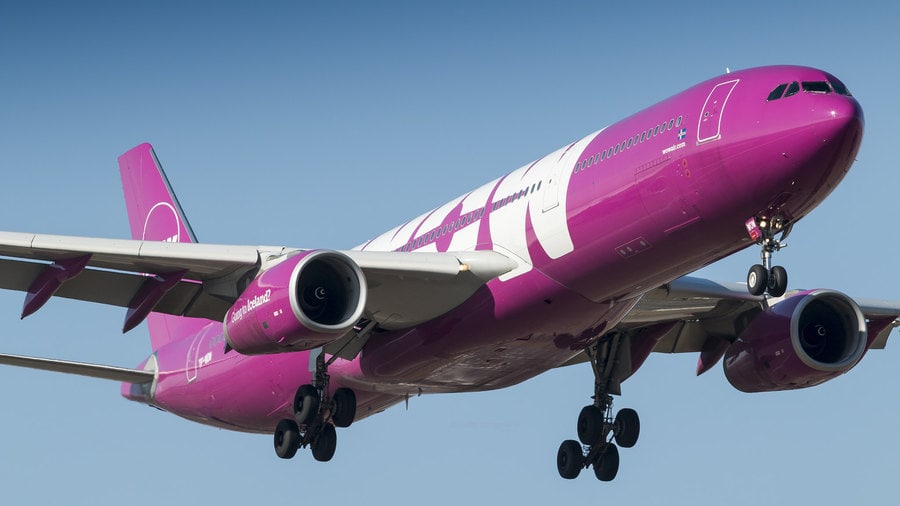 Looking back at WOW air’s business strategy, it really does make you say “WOW, this was a bad idea.” As Iceland offers only so much seasonal traffic, WOW had a serious challenge from the get-go as they would have to figure how to grab as much traffic from the already established Icelandair. Even after holding as much as one quarter of the Icelandic market, a spike in fuel prices and an overly-aggressive expansion plan severely hurt the company’s ability to make significant revenues. Their A330 purchase proved to be the final nail in the coffin as the company carried out of control debts on its books. With no one willing to provide a life line, the airline ended operations March 28, 2019.

Aerolínea de Antioquia (ADA) operated schedule domestic flights within Colombia with its fleet of 4 Dornier 328-100s. Founded in 1987, the Medellín-based airline eventually ceased operations on March 29, 2019 due to financial difficulty. 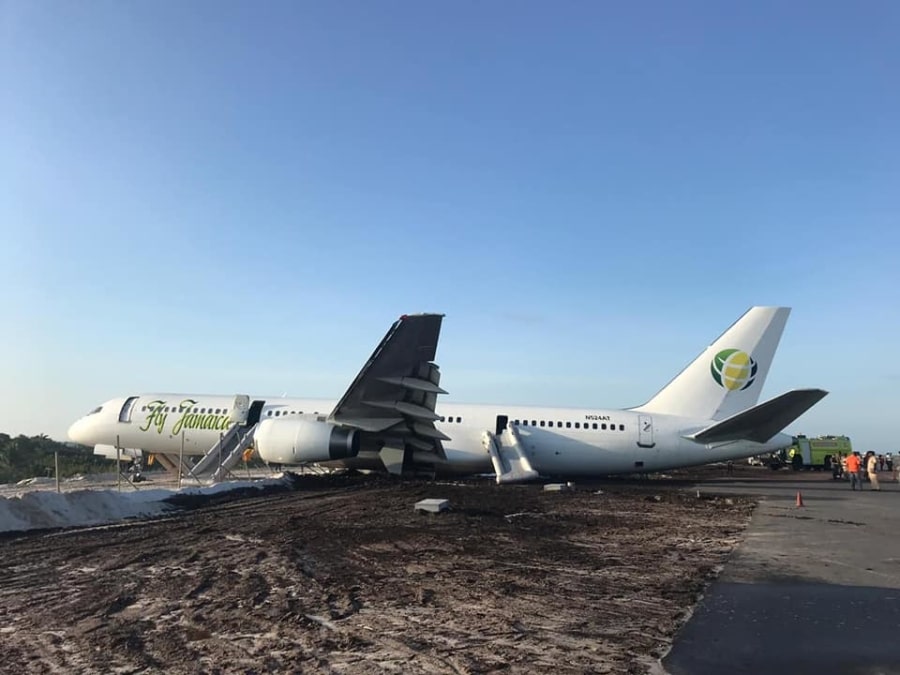 Fly Jamaica Airways was a small company operating a Boeing 757-200 and 767-300ER, serving Jamaica, Guyana, New York and Toronto. Unfortunately, their Boeing 757 crashed in November 2018 after a runway overrun incident in Guyana. The airline was put into a bind as their Boeing 767 was also out of service during that time as it was undergoing scheduled maintenance. A few months after the incident, the airline was forced to cease operations on March 31, 2019. The company filed for bankruptcy protection on October 29, 2019 and is now seeking ways to work out how they are going to settle outstanding debts. 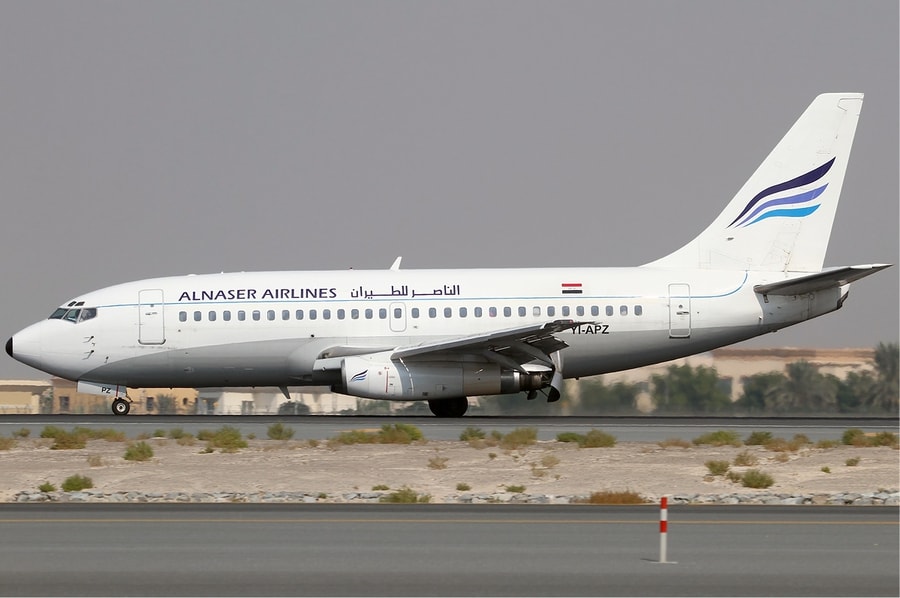 Based in Baghdad, Iraq, Al-Naser Wings Airlines served at least 8 cities across a few Middle Eastern countries (including Iraq and Iran) with its lone Boeing 737-400. Given the somewhat uneasy circumstances in the region, Al-Naser Wings struggled to turn a profit, filing for bankruptcy on February 24th and ceasing operations entirely on April 16, 2019.

Operating a full service airline in India always seems to be a challenge. Even with sizeable market share and continuing growth, Jet Airways showed signs from as early as 2018 that there would be hard times ahead. India’s financial decline hit legacy carriers hard as passengers started to favor low-cost alternative IndiGo. The company also sunk a good bit of change taking over Air Sahara. The airline struggled to keep above the rising debt as the portions of the fleet were grounded due to unpaid leases. Fuel companies also severed ties with the airline over millions in unpaid fees. The company discontinued operations on April 17, 2019 and later entered into bankruptcy protection. Even though Jet Airways will go into 2020 with its doors still closed, there is hope as the Hinduja Group has expressed interest in bringing the airline back to life. 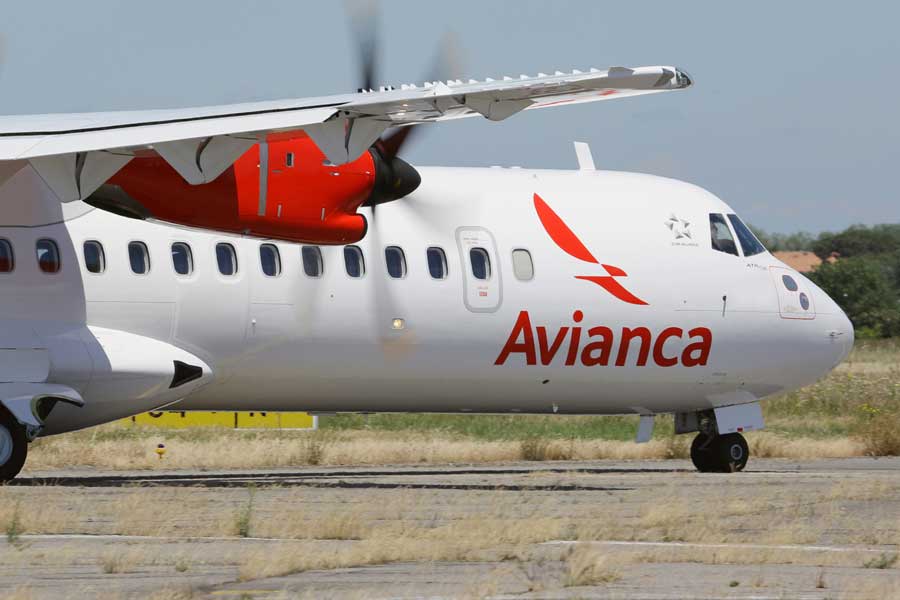 Avianca Argentina voluntarily ceased operations on June 7, 2019 after its parent company Synergy Group Corporation, ran into serious liquidity issues as a result of Avianca Brasil filing for bankruptcy protection. Even though the airline gave an initial 90-day time frame to decide whether it would return to service, it’s clear now that they have no plans of returning to the sky again.

While Avianca Argentina’s closure was fast and uneventful, Avianca Brasil’s demise was slow and painful. From as early as December 2018, the Brazilian airline owed millions to various airports it served, on top of its bank loans which went unpaid. As the company struggled through 2019 to meet its debt obligations, they were forced to temporarily suspend operations on May 24, 2019 as a “security measure”, with operations officially coming to a close one month later on June 24, 2019.

Aigle Azur was the first of two French airlines to fold in September. An overly ambitious effort to capitalize on North African traffic slowly led to the airline losing millions of dollars in the years leading up to its closure. The airline entered receivership on September 2, 2019, but continued flying, only to throw in the towel on the evening of September 6 due to mounting financial problems. 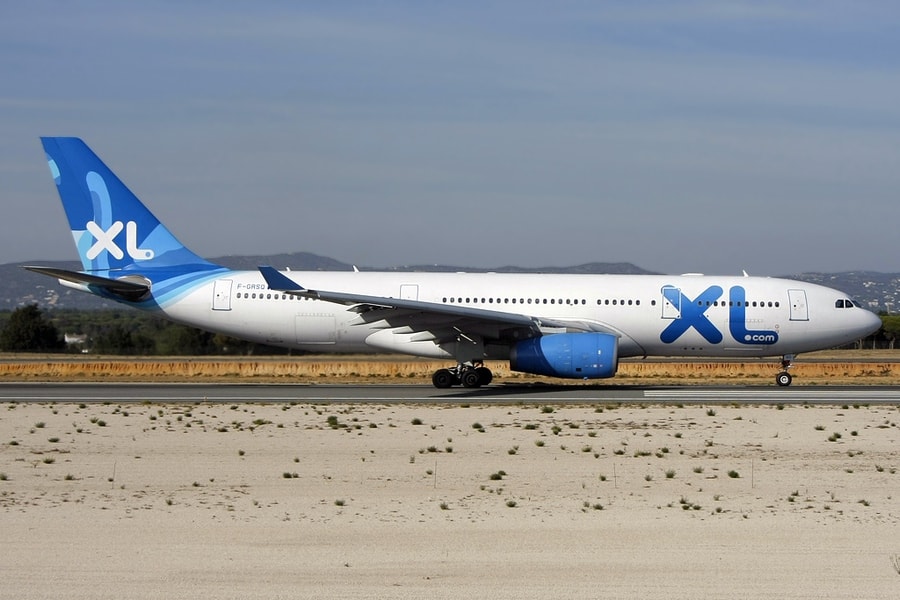 Following behind Aigle Azur, XL Airways France also wrapped up operations a little over two weeks later on September 23rd. Founded as Star Airlines in 1995, XL Airways changed ownership several times over the course of its life. Like many others in 2019, the low cost operator suffered at the hands of stiffening competition. Legacy carriers Air France and Lufthansa stepped competition with lower fares, while LCC French Bee joined the game in 2016 with a spanking new fleet of A350s serving cities in the US along with other French vacation destinations. 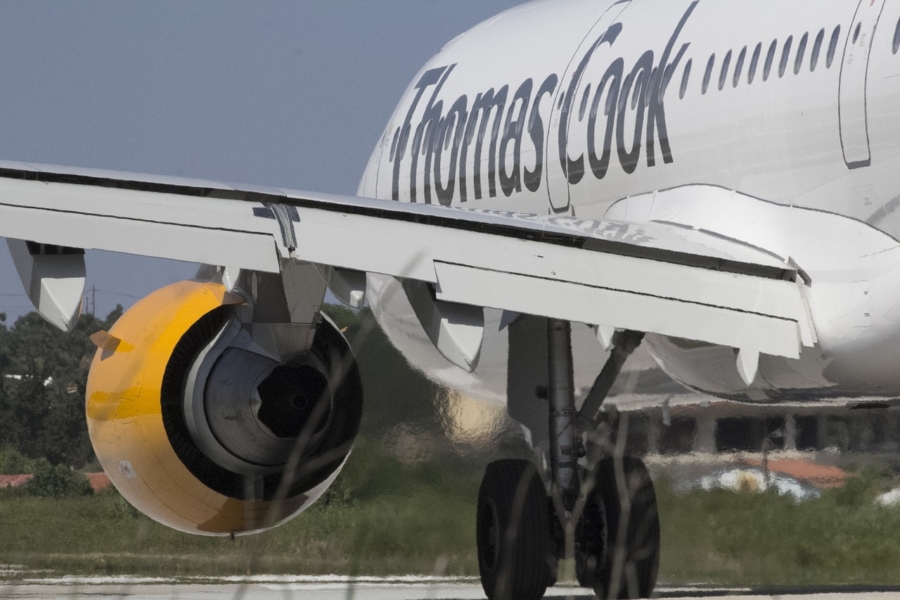 XL Airways was not the only airline to call it quits as Thomas Cook Plc group (which owned Thomas Cook Airlines UK) also ceased operations on the same day. The leisure group battled to deal with over 1.5 billion pounds of debt, immediately impacting both airline and hotel travelers who used the service, as well as the thousands of staff members employed globally. 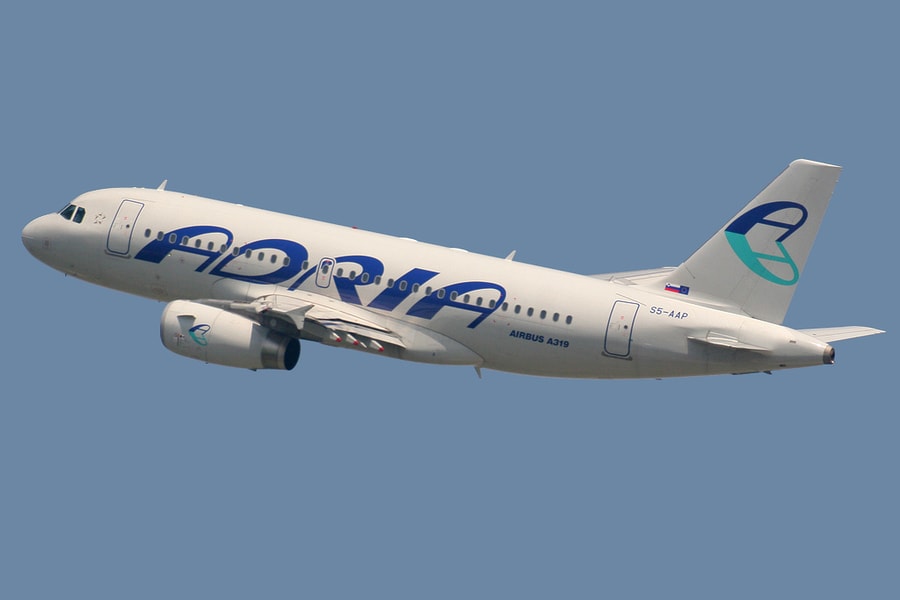 Just two years after being privatized, the Slovenia-based airline showed signs of weakness as they reported numerous cancellations during the 2018 summer travel period. This arose mainly from fleet shortage. Their order for 15 Sukhoi SSJ-100 jets was canceled by the manufacturer after being advised that Adria’s financial records were not in the best shape. The airline was also supposed to acquire 6 Saab 2000s from defunct Darwin Airline (a subsidiary of Adria Airways). As they received the Saabs well after the July/August period, the irreparable damage had been done. At the start of 2019, they scaled back operations, cancelling some of its routes to other European destinations. In September 2019, lessors began seizing Adria’s aircraft one by one, resulting in the airline initially suspending operations on September 23. As the situation spiraled out of control, they eventually canceled all scheduled flights on September 30. 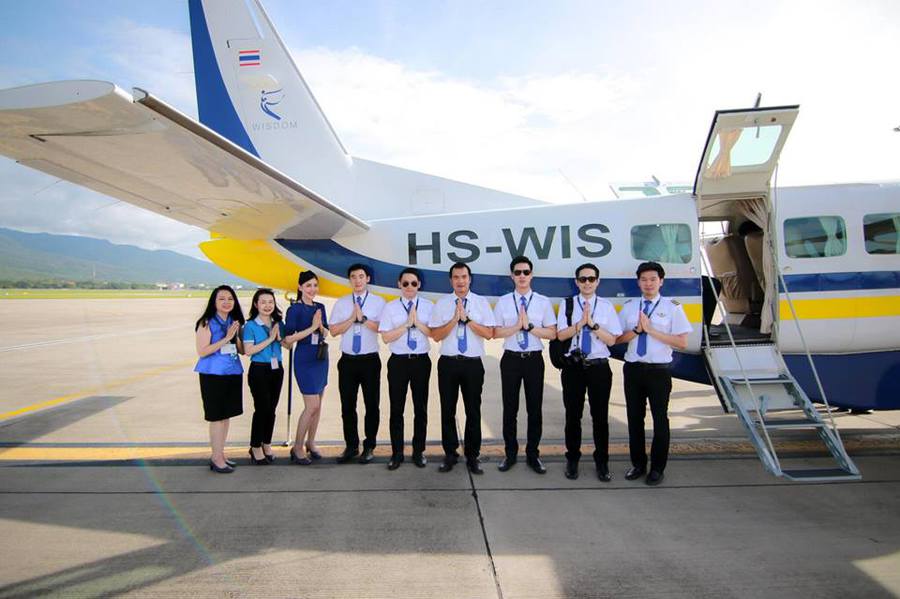 Operating flights between Chiang Mai and Mae Hong Son, Thai-based Wisdom Airways sought to take over routes previously operated by Kan Air. Founded in 2017, the small airline which flew Cessna 208 Caravans temporarily suspended flights on May 13, 2019 but resumed operations in August, only to once again discontinue flights from October 1, 2019. 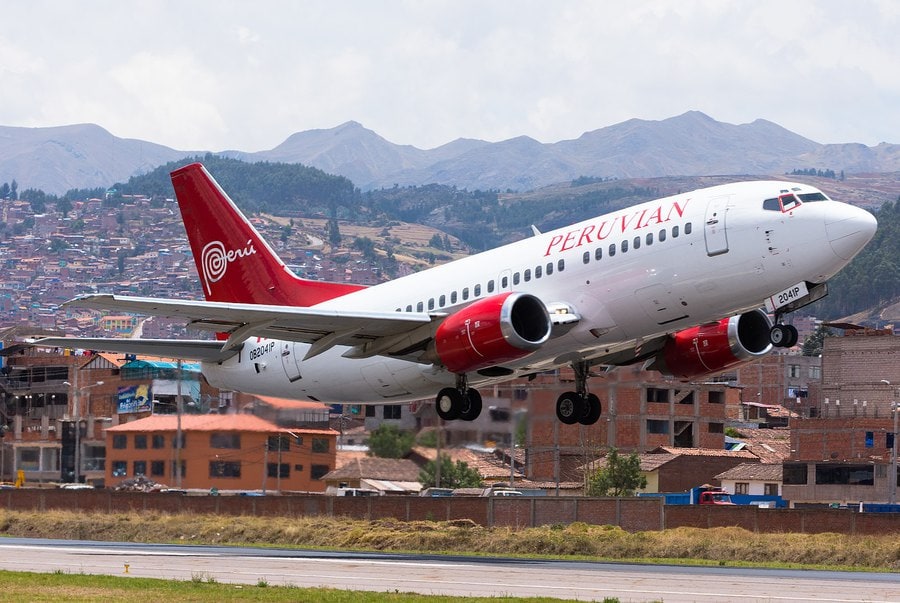 Based in Lima, Peru, Peruvian Airlines operated a small fleet of Boeing 737s with intentions of acquiring Irkut MC-21s and Sukhoi Superjet 100s. However the airline started to face liquidity issues, eventually shutting down on October 2 after their bank accounts were seized by the government due to failure to make payments for fuel.

NewGen Airways’ failure stems from a somewhat interesting issue. The Thai-based operator mainly shuttled tourists between China and Thailand, but saw significant reductions in passenger loads after Thailand started cracking down on “zero-dollar” tourist scams. Chinese tourists would be enticed into purchasing bottom of the barrel vacation packages in Thailand, only to be forced to take part in shopping trips where they would be coerced into purchasing items with with very high markups. The stores profiting from these tourists would then pay a commission to the tour operators in exchange. 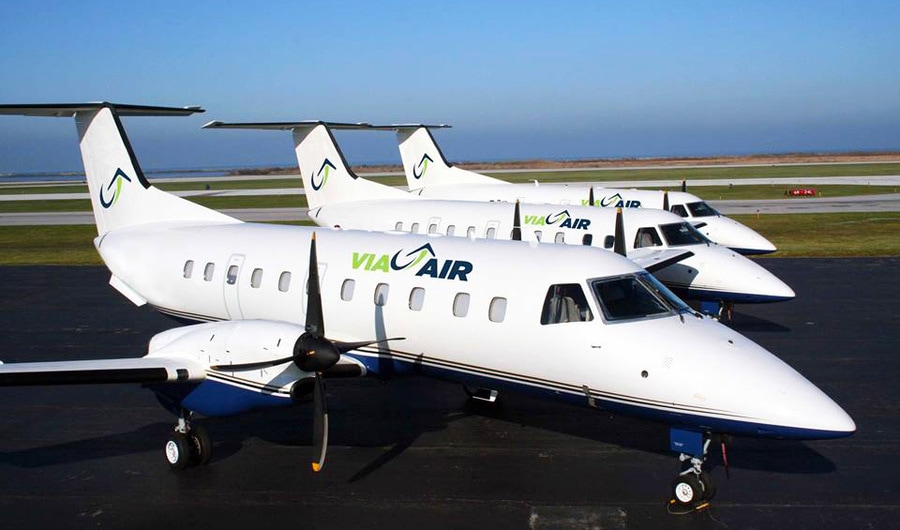 Beginning at a small charter airline, ViaAir started offering scheduled domestic service across the southern eastern portion of the United States. The airline switched from Embraer EMB-120s to ERJ-145s, but eventually trimmed back service in May 2019 due to pilot shortages. They also discontinued service to Austin, Texas after failing to make payments for use of the airport’s facilities. As the airline’s revenue tanked throughout the remaining of 2019, they were forced to trim back operations and eventually stopped service on October 8, 2019. 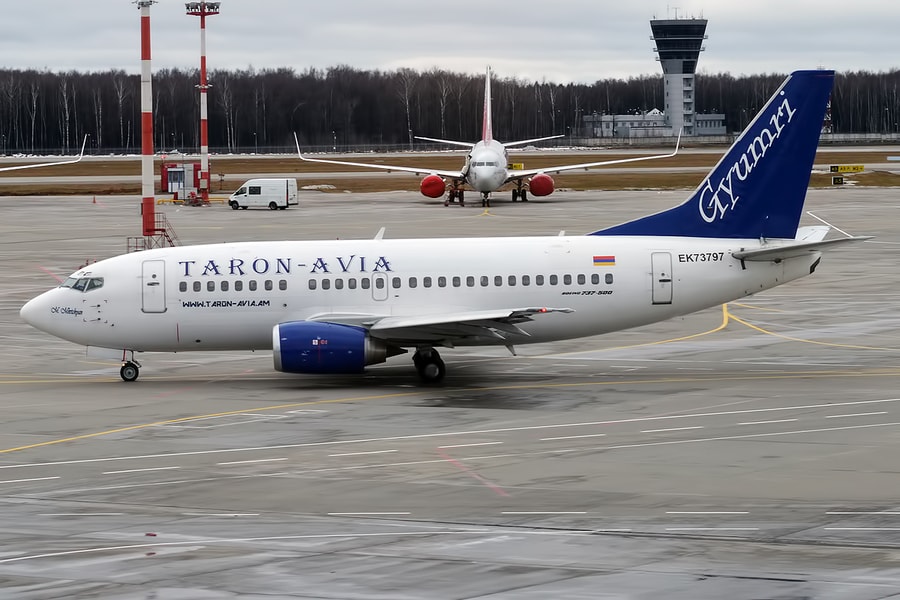 Taron Avia operated a small fleet of Boeing 737-500s, serving mostly Russian and Georgian destinations. The airline was flagged by Armenia’s Civil Aviation Committee as being “unsafe” and was given a six-month period to bring their aircraft and operations up to par. However the airline instead opted to cease operations on November 6, 2019.

Founded in 2017, Silverstone Air operated flights within Kenya with a mixed fleet of turboprops and one jet. In October 2019 alone, the airline was involved in two incidents. The second involved the rear-right wheel assembly coming off one of their Dash 8-300 aircraft during take off. The Kenyan Civil Aviation Authority ordered that their fleet of Dash 8s be grounded for 7 days from November 12, 219, however the airline option to cease all operations instead. It is unclear what the airline’s future is at this point. 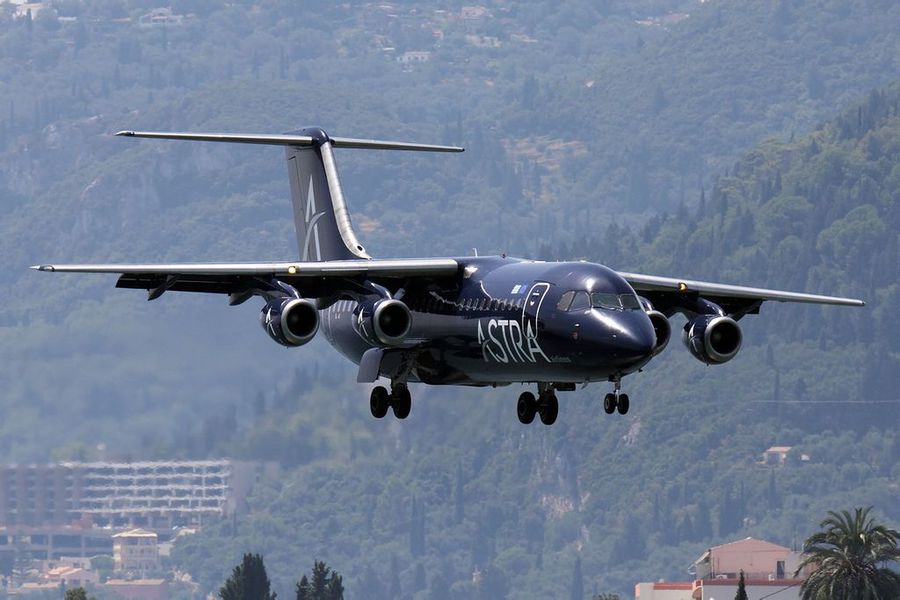 Like the others above, the small Greek carrier was forced out of their market being of increasing competition, resulting in much less than anticipated revenue. On November 9, 2019, the airline reported severe financial losses and looked for an investor to keep operations afloat. However they were unable to acquire much needed emergency funding and shut down operations on November 14, announcing permanent closure on November 19, 2019. 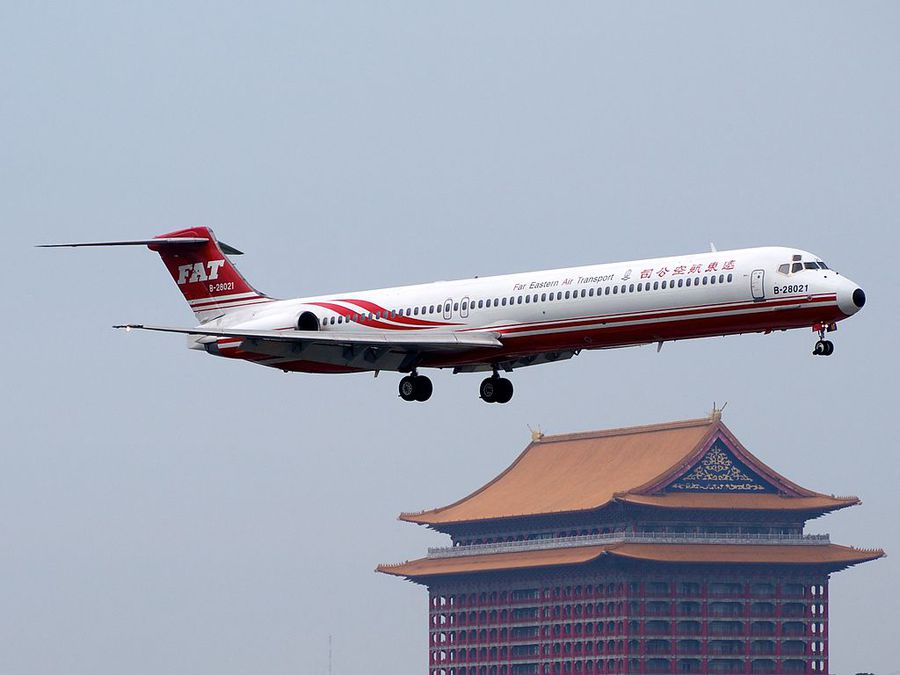 Far Eastern Air Transport has had quite a rocky history during its later life. Founded in 1957, the airline filed for bankruptcy in 2008, only returning to the skies in 2011. Back then, rising fuel prices and cheaper rail alternatives put a lot of pressure on the carrier, temporarily forcing them out of business. Fast forward to 2019 and things were looking good for the airline one again. They were even in talks to acquire 11 Boeing 737 MAX aircraft to replace their aging maddogs. Unfortunate to them, the MAX grounding put a huge dent in their plans, forcing the airline to extend the life of their MD80s, and having to lease additional aircraft. Combine that with changing market trends, and Far Eastern found itself burning money until their official closure on December 16, 2019. 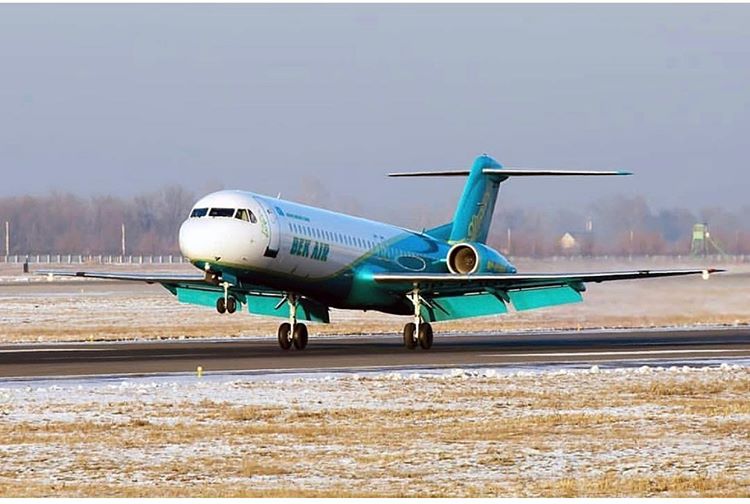 Based in Kazakhstan, Bek Air operates a fleet of 8 Fokker 100s. Just days before the close of 2019, Bek Air flight 100 lost height and crashed shortly after takeoff, killing 9 people in the process. The Government of Kazakhstan suspended the airline’s AOC just one day after the incident. The country’s president declared the 28th as a day of mourning and said that “all those responsible will be severely punished in accordance with the law”.