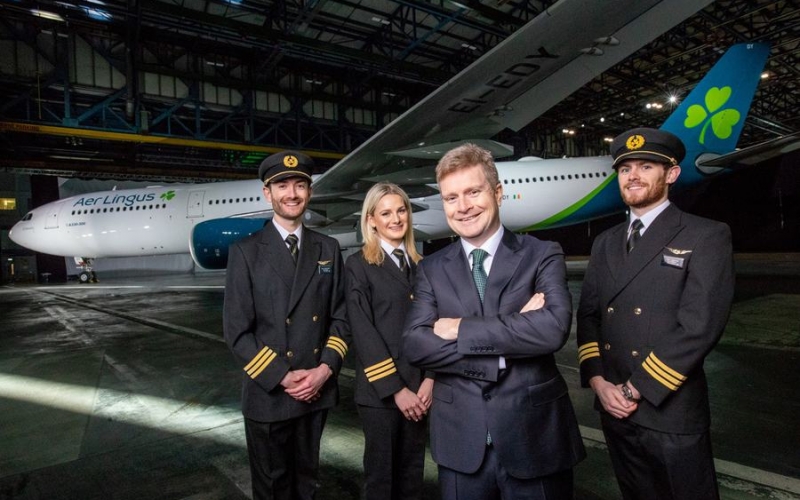 Following the trend of many other airlines, Aer Lingus has played it safe with a simple brand refresh.

Even though we were able to take a glimpse of the new theme just two days before the official unveiling, the airline has finally revealed its first brand update in over 20 years. Featuring a new logo, uniforms (which go into effect later this year) and most importantly, a new livery, the airline heads towards building a modern but contemporary image.

The airline opted to go with a simpler “eurowhite” body, with a teal and light-green schemed tail, engine cowlings, and wingtips. Along with an updated logo font, the famous shamrock remains as an integral part of the airline’s image. They made note that the sprig will appear on the tail section, as part of the logo on the forward section of the aircraft, on the inner side of the wingtip devices (for those passenger Instagram moments), and on the doors themselves. 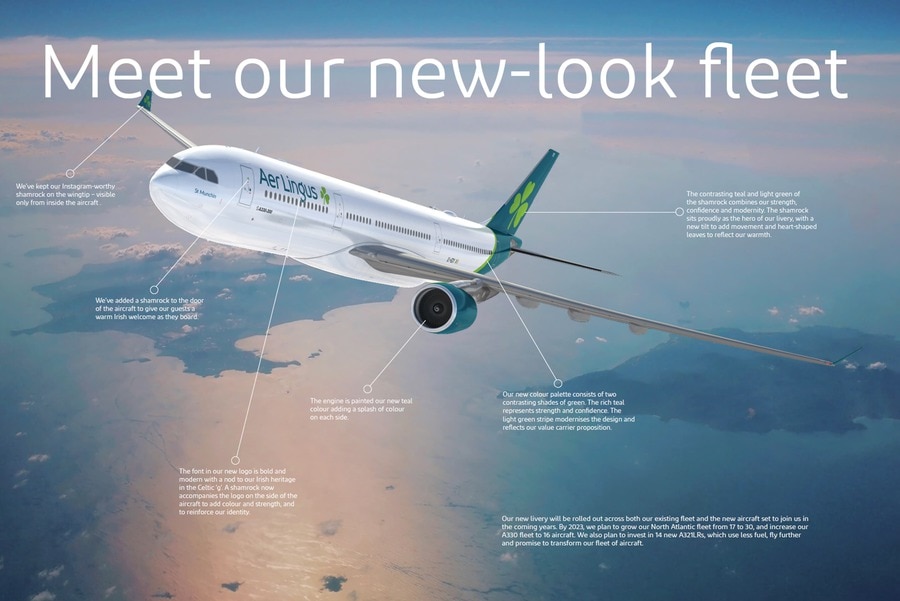 The shamrock itself has also been updated, adding heart-shaped leaves to reflect “the warmth and hospitality of the brand.”

The new branding has gone into immediate effect across its website, mobile apps and even at airports that it serves. Their brand launch aircraft (an almost 10-year-old A330 registered as EI-EDY) will make its first trip in its new colors from Dublin (DUB) to New York (JFK) on January 18 as EI105. It should touch down at Kennedy at 1:40 PM local time. 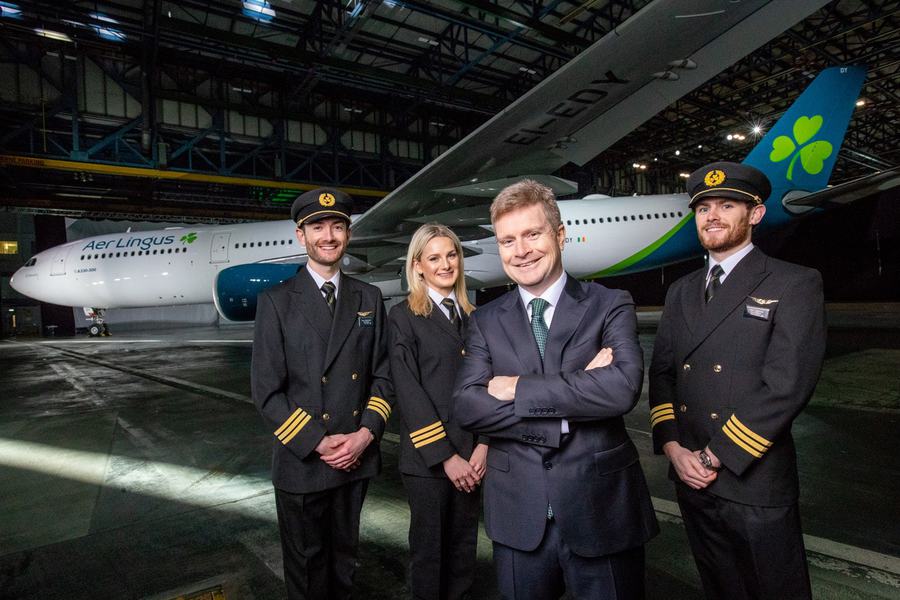 One of their A320s (registered EI-CVA) has also received a dash of new paint and will operate its short-haul first flight in the new scheme on Monday (January 21) from Dublin to Heathrow (LHR). 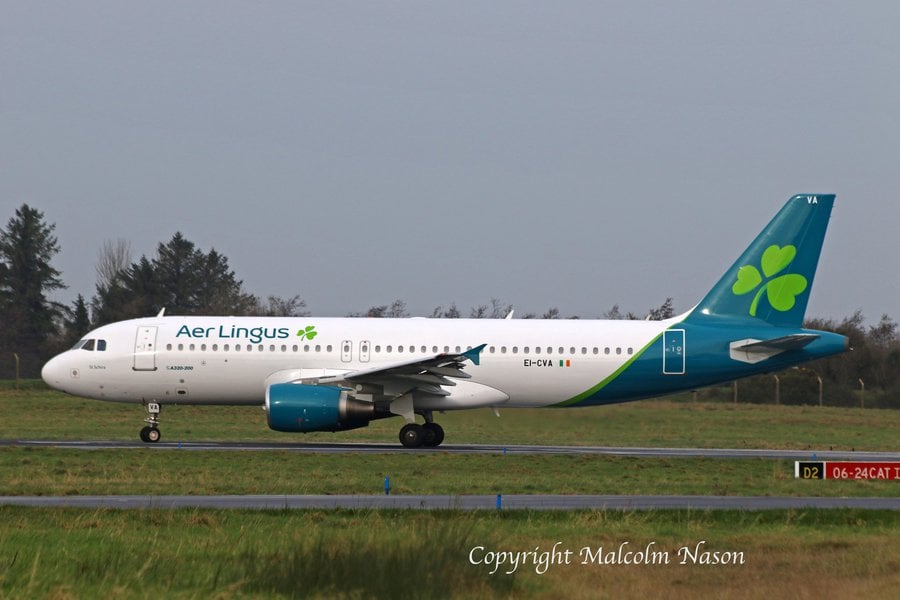 As mentioned in our previous post, the airline does not plan to repaint its entire fleet in one shot. The airline predicts that its current 50 planes will not be completely resprayed until 2021 as per each aircraft’s respective maintenance cycle.