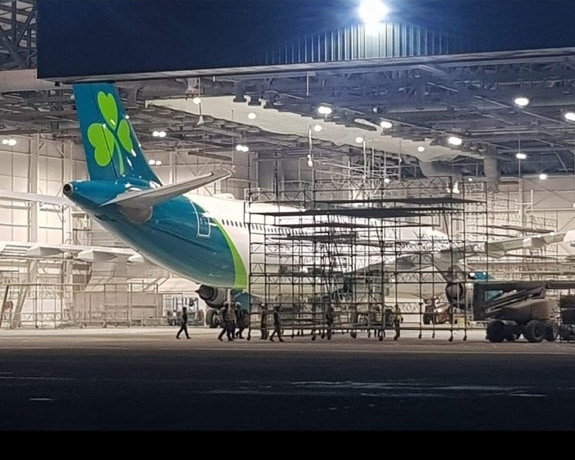 It’s no news that Aer Lingus is embarking on a €2 million brand refresh. With the official reveal carded for January 17, images of the new livery have already made its way to the web.

The airline planes to unveil its refresh on January 17 at 12:30 PM (UTC). You can watch it live via the YouTube channel below.

The first image which was accidentally leaked via a Twitter account, shows their updated safety cards to be used on their leased 757-200 (operated by ASL Airlines Ireland), showing a much simpler “eurowhite” livery with its tail splashed in a two tone green scheme, and its engine cowlings and winglets painted into the darker of the two greens.

The logo font and shamrock also have been updated. The theme looks very similar to what we have seen on other airlines like Lufthansa and WestJet. 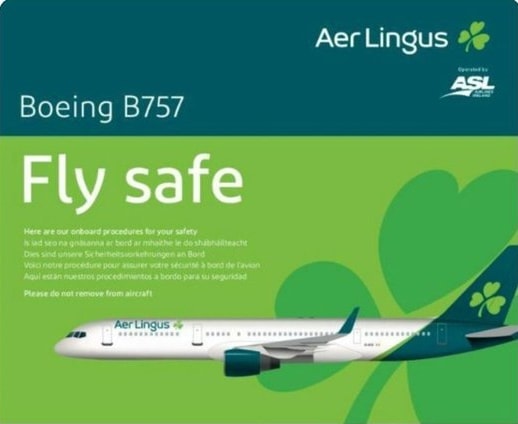 Critics were skeptical about the authenticity of the image, but more anonymous photos started to appear, this time from a paint shop, showing one of their A330s being sprayed in the new theme. In the last image, you can see the outline of the shamrock, ready for painting in the brighter of the two greens. 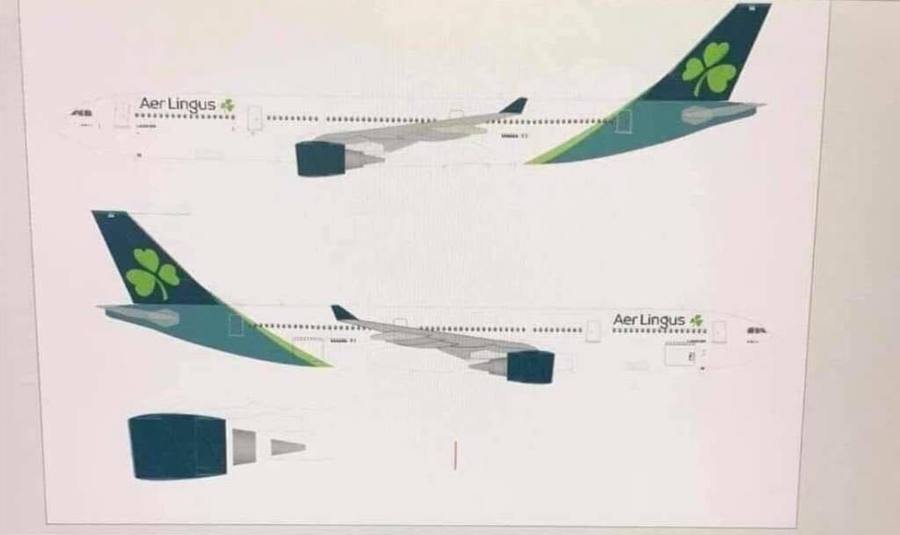 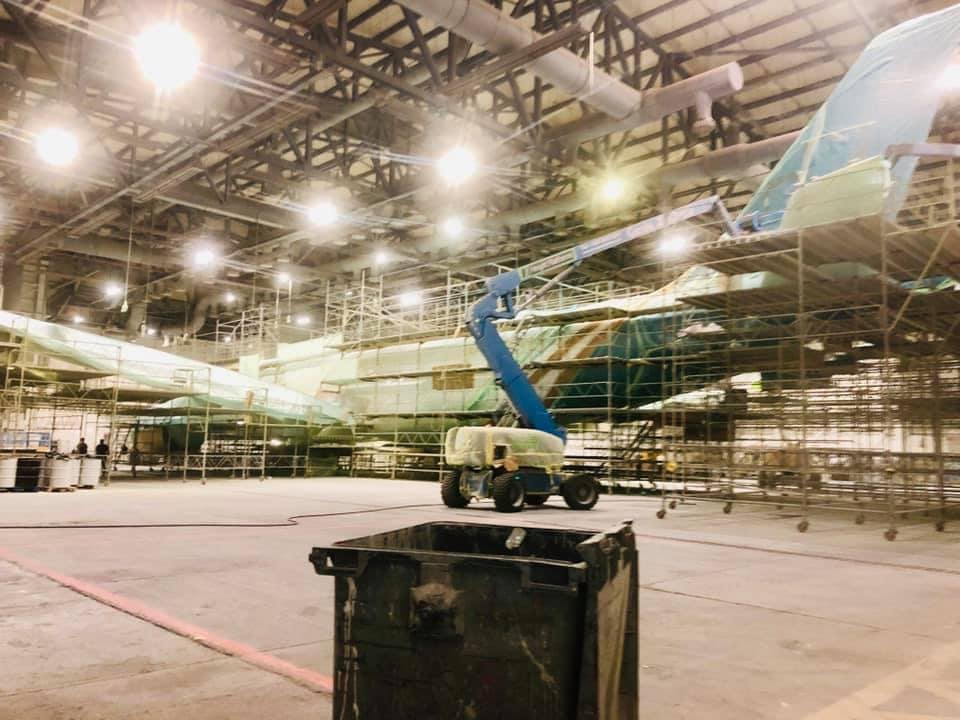 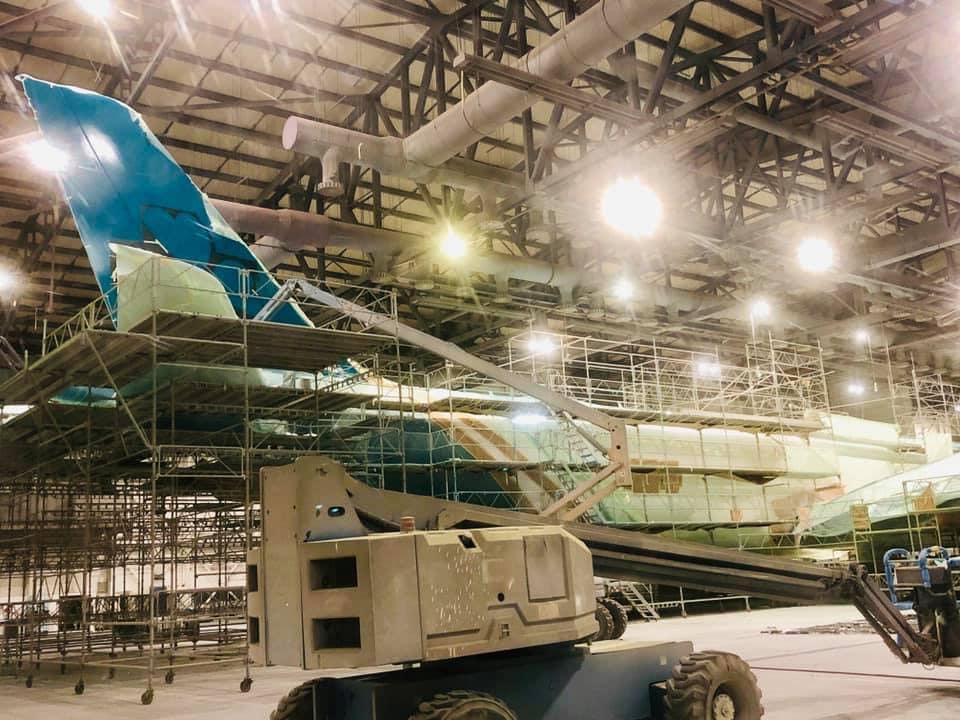 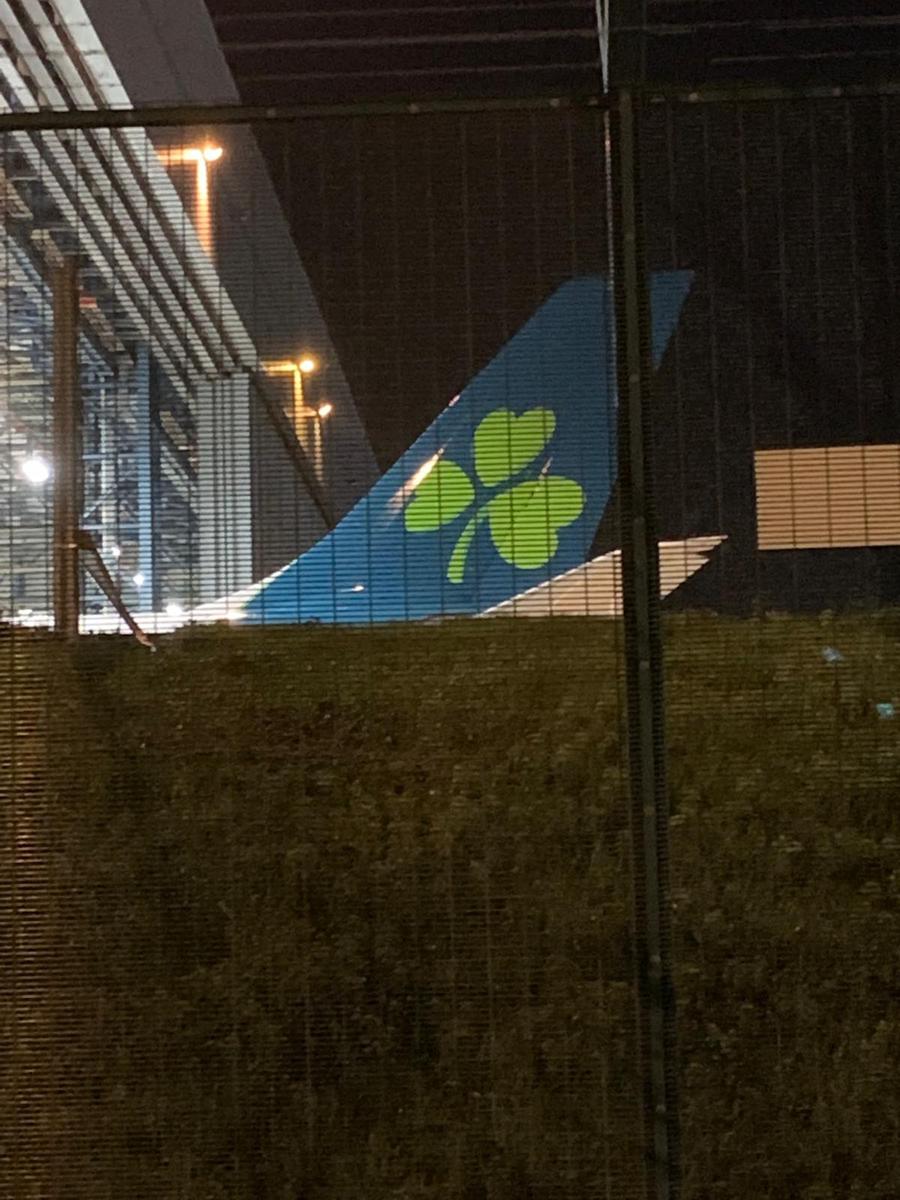 The brand refresh comes just before Aer Lingus receives its first Airbus A321LR some time later this year. The airline plans to operate the new LRs on transatlantic routes, and will also fly them on select intra-European routes. This also means that those flying within Europe will also benefit from a proper business class cabin, rather than the traditional 3-3 economy style seating with the center rows blocked out.

As mentioned above, the airline is boasting a bare €2 million budget for its refresh, as the fleet will be repainted during its scheduled service intervals. In keeping with safety regulations, airlines have to regularly repaint their fleet to reduce drag and avoid bigger problems like corrosion. Instead of trying to rush to update its current fleet of 50 aircraft outside of its paint schedule, they will slowly introduce the new livery throughout the course of the year as each plane goes in for maintenance.

It is also said that its retro Airbus A320-200 (registered as EI-DVM) will remain as is.