Yet Another Passenger Throws Coins Into Aircraft Engine Of Chinese Flight 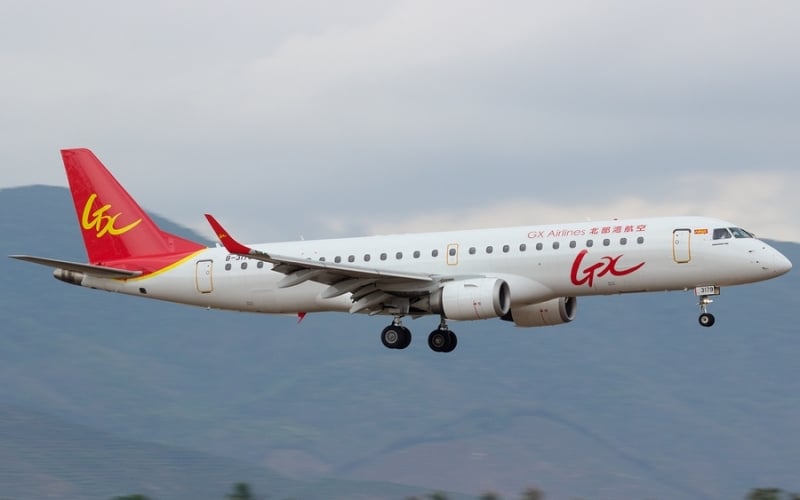 It has happened yet again. Just last week I posted about a passenger throwing prayer beads into the exhaust section of a Fiji Airlines flight headed to New Zealand. Not even a week later and it seems the superstitious ritual is here to stay unless more stringent measures are put in place.

According to the Times Now Digital, a passenger boarding a Guangxi Beibu Gulf Airlines (GX Airlines) flight from Weifang (WEF) to Haiku (HAK) threw six coins wrapped in red paper into the engine of the A320neo aircraft (not pictured above) as a sign of good luck. Ground crew spotted the coins before the aircraft left the gate, resulting in flight GX8814 being cancelled out of an abundance of caution.

The male passenger only known by his last name Wang, was detained by police after the incident. The remaining 147 passengers were forced to wait until the next morning to catch their flight to Haiku as a result of the man’s actions.

The origins of coin tossing seem to be a matter of debate. Some say it comes from ancient Chinese tradition to ward off evil spirits, but others argue that the fact that coins are being tossed in engines is more a result of travelers copying western traditions where people would toss coins into fountains or ponds. Unfortunately events like this are happening one too many times and can put the lives of passengers at serious risk, especially if ground crew happen to miss finding objects like these near aircraft engines.

Besides last week’s event, in February 2020, a Chinese passenger was also detained for throwing coins into the engine of a Lucky Air flight from Anqing (AQG) to Kunming (KMG).

In June 2017, an 80-year-old female passenger threw over 1.7 yuan in change into the engine of a China Southern Airlines at Shanghai Pudong airport. She was ultimately let go without being charged due to her age.

In October of that same year, unlucky for Lucky Air, a 76-year-old female passenger also tossed coins into one of the engines of the aircraft operating a flight on the very route mentioned above (Anqing to Kunming). Luck was on her side as well as she skirted the charges associated with the cancellation of the flight due to her age.

In 2019, a China Eastern Airlines flight scheduled to fly from Anqing to Shanghai was delayed by nearly two hours as ground officials found coins near the port side engine. No one admitted to throwing the coins in that instance.

With so many incidents like this resulting in flight safety being compromised, covered airstairs sounds like a safer bet where boarding via the apron is the only option. At least if passengers try to throw anything, the items could easily be collected without having to cancel the flight, saving time, avoiding delays and passenger dissatisfaction, and most importantly, keeping everyone safe.