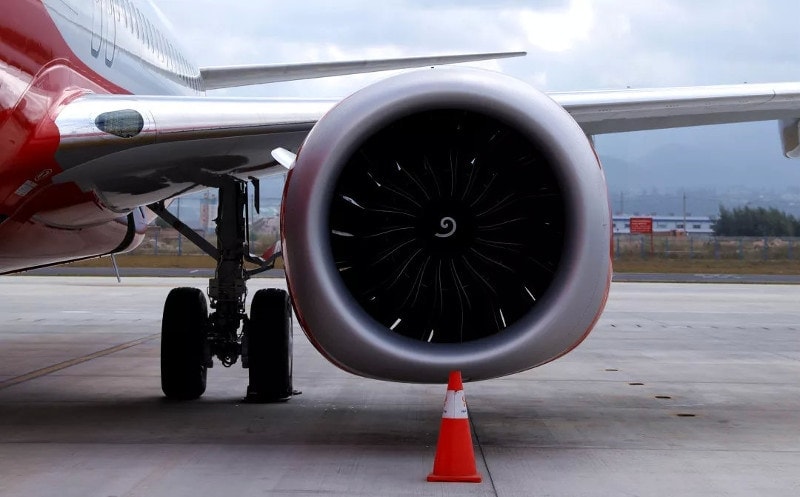 A Chinese national is facing criminal charges after attempting to toss coins into an airplane’s engines for “good luck”.

On February 17, ground personnel working on Lucky Air flight 9960 from Anqing (AQG) to Kunming (KMG) in China discovered two coins on the ground near the left engine (port side) of the Airbus A320neo. Upon questioning those boarding the aircraft, a 28-year-old male passenger, identified only by his surname “Lu”, admitted to throwing throwing the coins, hoping for a safe journey.

The flight was cancelled as a result as maintenance officials were forced to pull the aircraft out of service to look for any more objects that may be have been thrown into the engines.

According to the airline, the remaining 161 passengers were re-accommodated on flights the next day (not counting Lu of course). However, they claim that the cancellation cost them close to US $21,000 in losses, and have pursued legal action against Lu.

A Lucky Air spokesperson said that, “the incident caused a direct economic loss of nearly 140,000 yuan, and our company will press charges against the passenger in accordance with the law.”

This is the fourth time that a flight was either delayed or cancelled as a result of passengers feeling uneasy about flying in China. In June 2017, an 80-year-old female passenger threw over 1.7 yuan in change into the engine of a China Southern Airlines at Shanghai Pudong airport. She was ultimately let go without being charged due to her age.

In October of that same year, unlucky for Lucky Air, a 76-year-old female passenger also tossed coins into one of the engines of the aircraft operating a flight on the very route mentioned above (Anqing to Kunming). Luck was on her side as well as she skirted the charges associated with the cancellation of the flight due to her age.

The third incident, involved a China Eastern Airlines flight heading from Anqing to Shanghai. The flight was delayed by nearly two hours as ground officials found coins near the port side engine. No one admitted to throwing the coins in that instance.