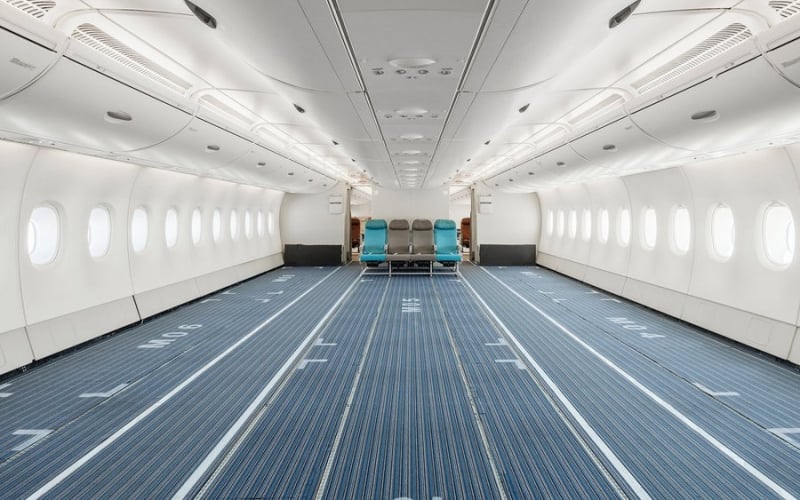 As big as the A380 is, the business case for a freighter option just has not panned out due to the limitations of its design. However with the decline in passenger travel and sudden need for more freight capacity, airlines have resorted to stripping out economy seats from their aircraft to make way for cargo products.

For many airlines, this has proven to be a successful strategy. However, the A380 has been a special case because of the somewhat limited cargo capacity when compared to a rival like the Boeing 777. This comes about due to factors such as carriers having very business-heavy cabins (which are more time consuming to dismantle) and weight restrictions for the main and upper decks. MASKargo however managed to carry out a cargo-only flight using one of Malaysia Airlines’ A380, carrying 26 tons of freight between Kuala Lumpur to London.

Hi Fly seems to have defeated the odds, finding a middle ground for one of its A380s, allowing for as much as 60 tons of cargo spread across its 3 decks for a total of 300 cubic meters of space. This conversion makes it officially the first A380 to be converted into a proper “auxiliary freighter”.

What’s different between the Malaysia flight is that Hi Fly has stripped out its entire economy cabin instead of trying to stack boxes on top of seats. They have however left the business class cabin, lavatories and galleys untouched for easy re-conversion to a passenger aircraft. Even with that in mind, a lot more storage space was opened up along with the additional capacity for smaller items in the overhead bins.

Even though designs like this are not meant for long term use, at least Hi Fly can still make some money as passenger travel demand remains weak. 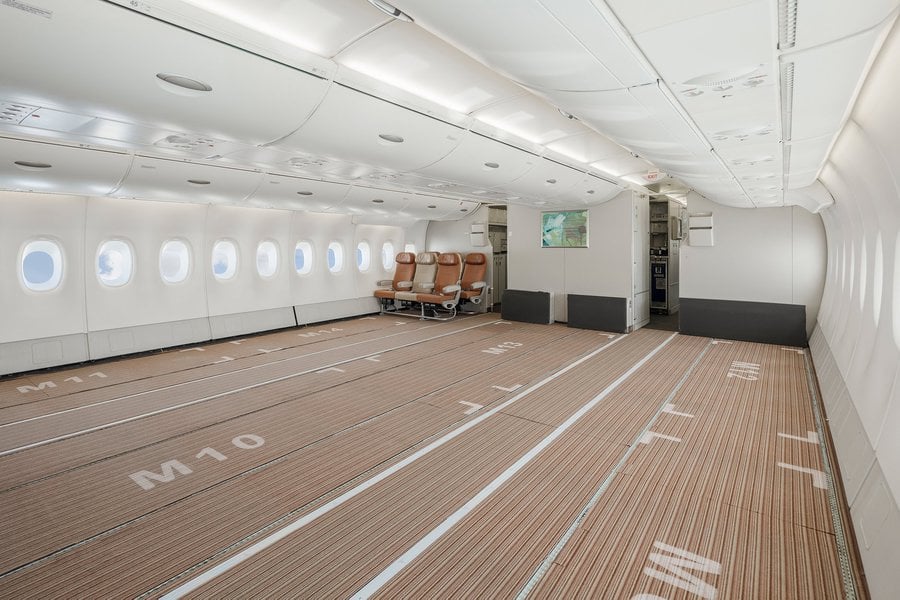 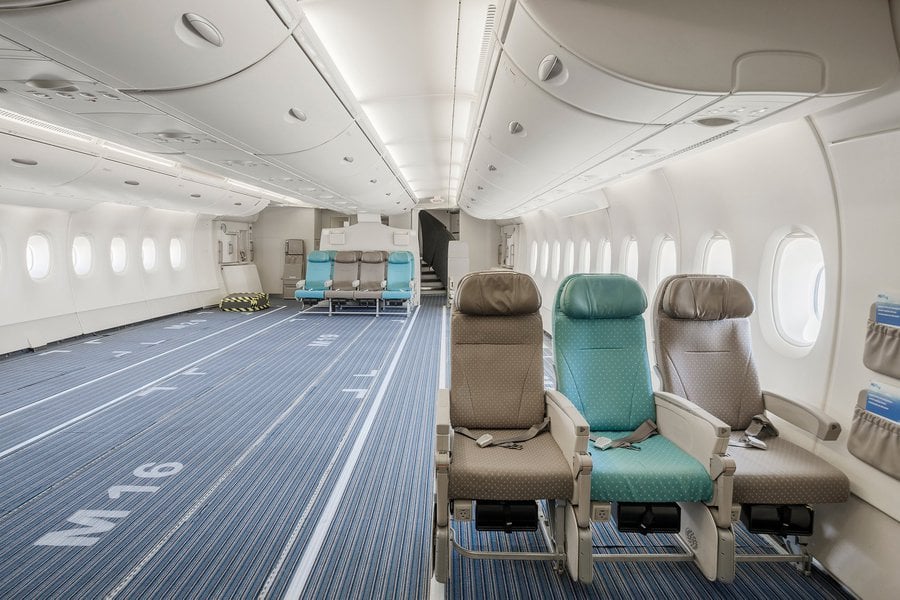 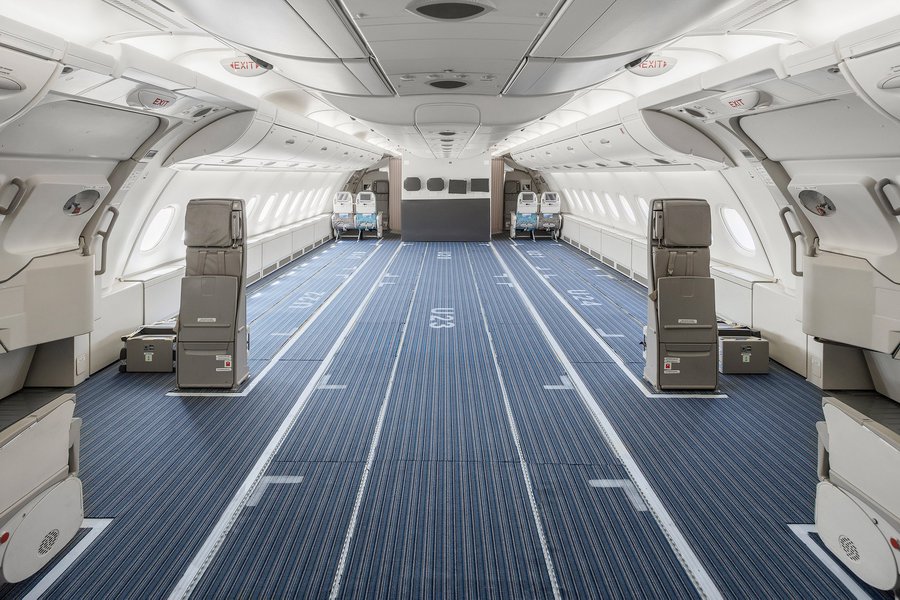