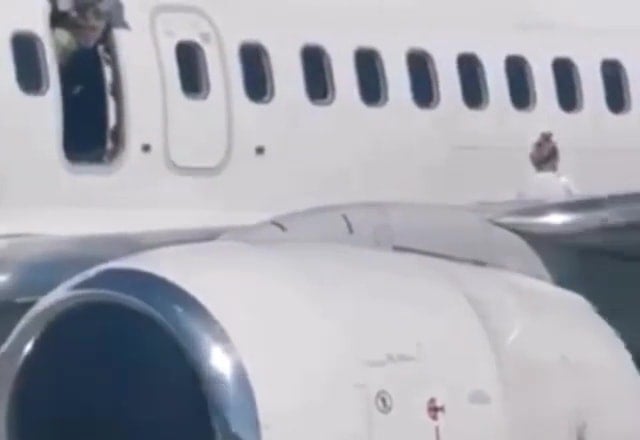 A Ukrainian mother has been blacklisted after taking a stroll and sitting down on the wing of a Ukraine International Airlines Boeing 737-800.

On August 31, 2020, Ukraine International Airlines flight PS6212 performed a charter flight from Antalya Airport (AYT) in Turkey to Kyiv Boryspil International Airport (KBP) in Ukraine. As the aircraft was deplaning in Kyiv, fellow passengers on board reported that a mother-of-two made her way to the middle of the aircraft, and proceeded to open one of the left side emergency exits so that she could step outside into the fresh air.

She climbed onto the wing, took a stroll and then then sat down. 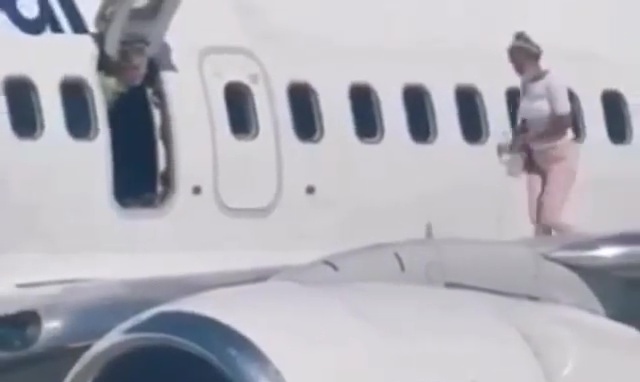 One of the passengers on board said:

“The aircraft landed and almost all the passengers got off. She walked almost all the way from the tail to the emergency exit row, opened the door and went out. By that time her two children were outside the plane and standing right next to me.

“They were surprised, saying, ‘that’s our mum!'”

The pilots immediately called for assistance from the hospital, airport and police officials. When she re-entered the aircraft, she told the police that it was “too hot”. 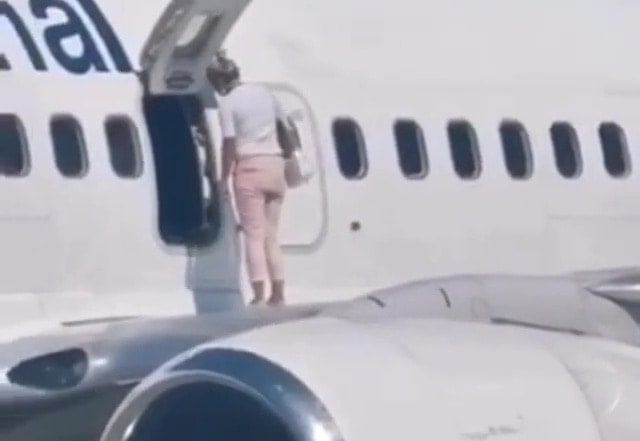 Medical tests later confirmed that she was neither intoxicated nor under the effects of drugs. The woman in question had gone on vacation with her husband and two children, and was returning to Ukraine just in time for the start of the new school term.

The airline has since blacklisted the passenger, and gave reporters the following statement.

A passenger of flight PS6212 Antalya-Kyiv illegally opened the emergency exit of the plane after it stopped near gate 11 of terminal D and went on to its wing.

The passenger was flying on a charter vacation with her husband and children.

The passenger was blacklisted for gross violation of aviation safety rules and behaviour on board.

Here is a quick video of the woman re-entering the aircraft.