Why You Should Not Hoard Your Points And Miles 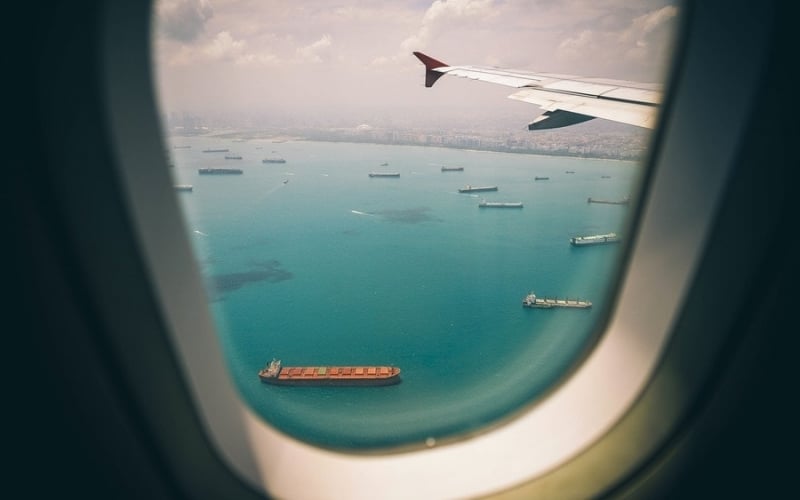 Credit card points and frequent flyer miles have made it easy for travelers to enjoy some of the higher end airline and hotel perks. With some credit card companies offering huge sign-up bonuses, it’s easy to take a luxury vacation, but what about those who save points for the longer run?

This year’s Coronavirus pandemic has made it clear how volatile the travel sector could be. Most times, events such as natural disasters tend to only affect small portions of the industry, but major events like COVID-19 and 9/11 can truly test a company’s ability to survive.

As a disclaimer, this is only a suggestion and it all depends on how much miles you earn, whether it be via your credit card purchases, or from travel and/or hotel stays. If you’re someone who clocks up thousands of miles or points per month, your odds of “losing out” will be less than someone saving just a few hundred miles per month or even per year for a number of years.

With that said, let’s get into some of the major reasons why you should “earn and burn” those miles and points.

Even before COVID-19, airlines were hit hard in 2019, with quite a few ceasing operations due to then rising fuel prices and labor costs. In almost all cases, airlines or hotels chains that are forced to wrap up operations will nullify the value of earned miles or points. Imagine saving up over 10 years worth of points to find out the company you’ve been loyal to suddenly went belly up?

In all fairness, situations like the Coronvirus or 9/11 don’t happen every year, so you shouldn’t have to panic too much, but it’s still something to be mindful of when planning longer term spending strategies. If word ever pops up that a company may not be doing well, it might be a good idea to re-evaluate and dump those miles on a trip rather than holding on to them in the hopes that things get better.

This is more a you/me problem than a travel partner issue, but we have seen it happen one too many times. Many airlines and hotel chains still set an expiry period on earned miles or points, resulting in many people simply forgetting to earn or redeem to keep their balances active. Where I live, there aren’t many options to earn airline or hotel points via credit cards, so I have a card for one airline and fly to keep the rest of the account balances updated.

If you aren’t a frequent flyer, but still have a somewhat long term plan, always keep tabs on your expiry dates. Set reminders every few months to re-evaluate your mileage situation. If you are loyal to a particular airline or hotel brand, look into getting an associated credit card to keep bumping up the balances to push the expiry date.

If that isn’t an option, maybe it might be more beneficial to redeem on a smaller trip rather than a dream vacation. You also have the option of taking very short trips to also earn, and reset the expiry date in the process.

By far one of the most problematic issues is devaluation, putting into question whether collecting points and miles is even worth it in the long run.

Years ago, I used to clocked tens of thousands of miles with American Airlines when miles were earned on distance traveled. Flying from the Caribbean to the U.S. west coast was a cheap and an easy way to bump up my miles earned, especially with the business fare class bonus. As I always booked discount fares, my earnings per flight was hit hard when the airline switched to ticket price-based awards.

Where I was hurt the hardest was when American significantly devalued their awards chart in 2016. Now it was harder to both earn and redeem trips with the airline. Even with the introduction of their dynamic pricing system, it was no where as close to as good as their older awards chart.

Many airlines globally have devalued their earnings, in many cases having customers redeeming twice as many points as they previously would on award tickets. Hotel chains including Hyatt, Radisson, Marriott and Wyndham have also made big changes in 2019, forcing customers to redeem more points for rooms.

It’s now come to the point where it might be more expensive to earn points rather than buying an airplane ticket or hotel room with cash. Mileage devaluation is pretty much the equivalent of currency inflation, but just much worse.

One of the dangers of holding on to miles or points too long could mean losing value in a heart beat. For instance, in 2016, Alaska Airlines raised the price on award tickets overnight with one of their partner airlines without notifying customers.

As airlines and hotels look to shave operating costs in more competitive times, reward options tend to get the boot, many times opening up either during inconvenient travel periods or literally on the last minute. Airlines might sometimes have cheap rewards tickets, but at the cost of having the fly very convoluted routes just to get to a destination usually served by a non-stop flight.

Changes happen all the time, and mostly for the worst. If you’re willing to play the long run game, keeping a flexible schedule is a must. If you’re planning to cash out big time on a dream trip, it might mean having to book from as far as a year out, or keeping a very open schedule to take advantage of a last minute deal (which isn’t always feasible for many of us).

As the years have gone by, rewards programs have become extremely volatile, suffering mainly from awards devaluation. Unfortunately airlines, hotels, credit card companies and points blogs are still selling the idea of points as some some kind of golden ticket to travel the world for a fraction of the price. To some extent, this is true if you employ the right strategies.

However many people do not do this and just think about accruing as many miles as possible over a long time in the hopes of being able to snag a deal of a life time as some point down the road. As pointed out by NerdWallet, customers tend to suffer from the Fear of Missing Out (FOMO), unintentionally over strategizing and hoarding in the process.

If you’ve got the points, spend them from time to time because there is no real value in holding onto them. For some, it may make sense to keep a small number of miles or points saved up in case of an emergency situation. However, if you’ve got hundreds of thousands of miles just sitting around doing nothing, you may be putting yourself at risk of losing buying power.