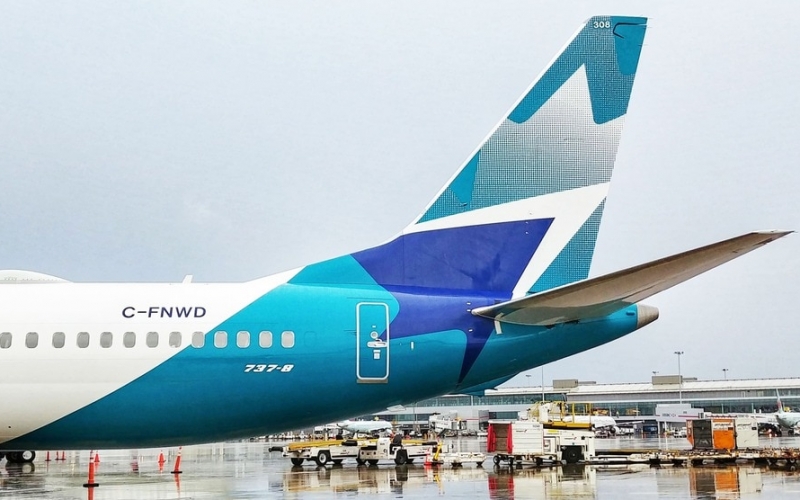 As WestJet continues its evolution towards becoming a more premium carrier, the airline has announced its ‘Premium’ cabin offering on its narrowbody 737 MAX 8s.

The new cabin (which replaces Plus) features a configuration similar to other main line carriers in the United States and Canada. The perks are nothing extra when compared to the others, but of course it’s a definite step up from their previous narrow body Plus cabin which is basically an economy row of 3×3 seats with a bit more legroom and a blocked-off middle seat. 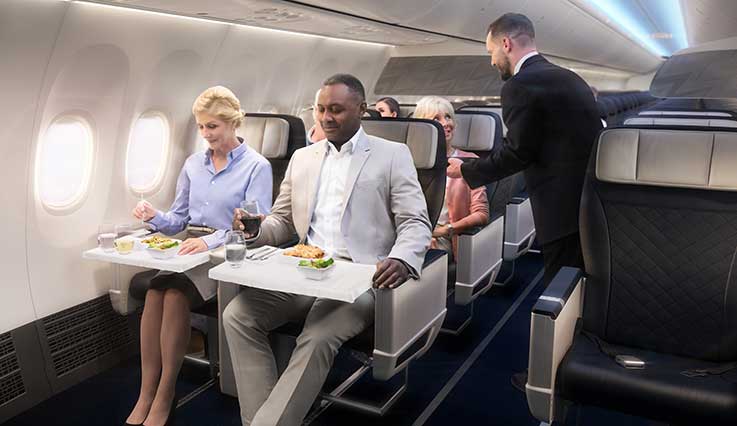 The Premium cabin will feature 3 rows in a 2×2 config with 20% more legroom than Plus, with benefits like in-seat power, leather recline seats, and complimentary hot meals with proper glass and flatware and linens. Entertainment will still be provided exclusively via WiFi streaming though.

Unfortunately for those looking for exclusivity, the airline followed in the footsteps of United and American by adding a small upper partition rather than a full wall from top to bottom.

Nonetheless, this comes as refreshing news for premium travelers flying to or through Canada.

The new cabin will be available on its MAX 8 aircraft from this fall, while its 737-800 fleet will be retrofitted starting in 2019.

The announcement comes just a week after the Canadian carrier signed a definitive agreement with Delta Air Lines to create a transborder joint venture, offering passengers on both networks better access and prices (amongst other things) throughout the U.S. and Canada.

The agreement deepens the existing codeshare partnership between the carriers and follows the signing of a memorandum of understanding in December 2017 announcing the intention to form a joint venture. The joint venture will provide substantial reach into Canada and the U.S. with transborder service to more than 30 cities covering over 95 per cent of U.S.-Canada demand, providing customers of both airlines with more travel choices than ever before. The new JV will also enable Delta and WestJet to compete more effectively against other carriers.

Upon receipt of regulatory approvals in Canada and the U.S., Delta and WestJet will work together to implement all aspects of the enhanced cooperation including expanded codesharing, more closely aligned frequent flyer program and reciprocal elite benefits, joint growth across their U.S./Canada transborder network, and co-location at key hubs with more seamless passenger and baggage transit. The agreement will also include the ability to work together on cargo accompanying passenger flights as well as corporate contracts.