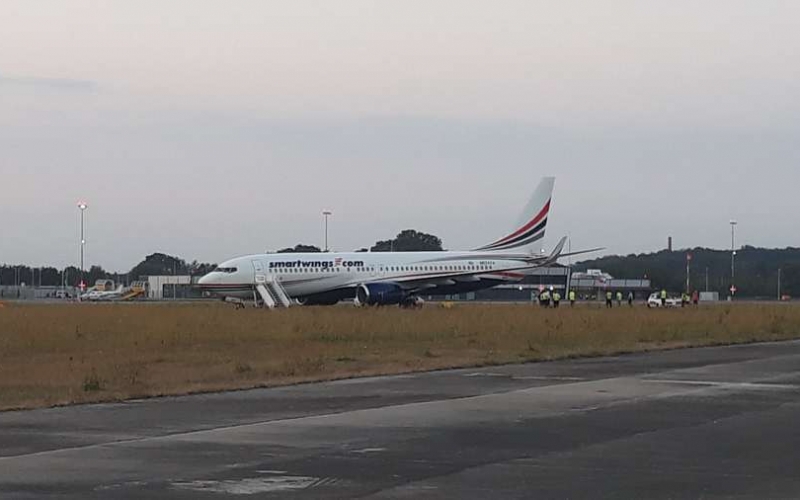 A Smartwings flight (QS1903) from Heraklion, Greece to Pardubice, Czech Republic overran the end of the runway after failing to stop in time.

The aircraft (registration N624XA) carrying 120 people, touched down in Pardubice on runway 27 at 4:12 PM local time, just outside the touchdown zone. Unfortunately, the pilots were unable to sufficiently slow the aircraft, crossing and coming to a stop some 70 feet after runway 09’s threshold. 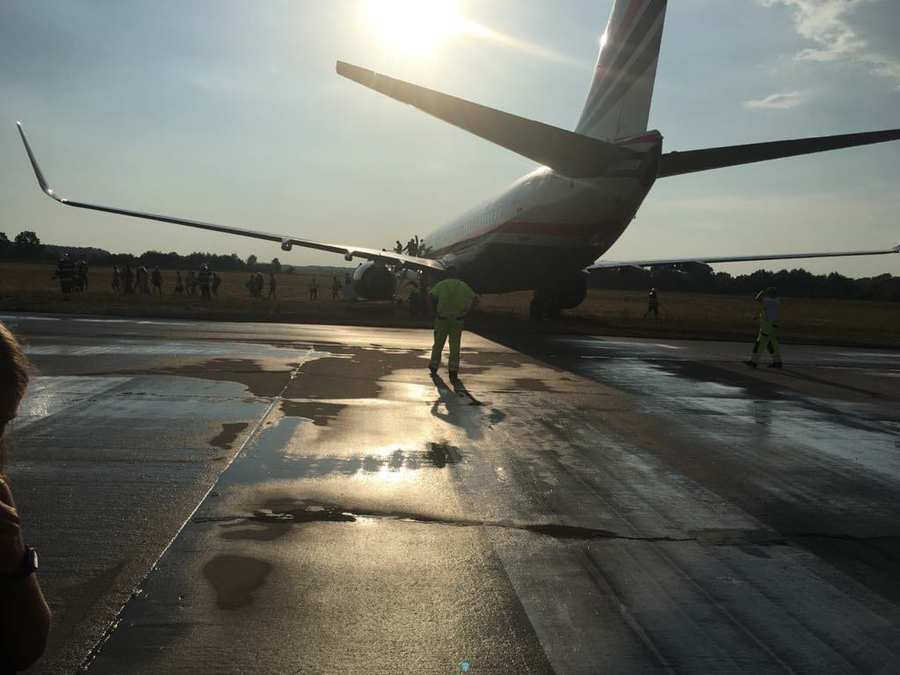 Even though they ended up taxiing onto an unpaved, grassy area, the aircraft had slowed enough, resulting in the runway excursion being rather gentle.

There were no reported injuries, and aircraft damage was very minimal. The 8,200 foot long runway was still soaked from thunderstorm activity earlier in the day.

Here is a video filmed by one of the passengers. I can imagine the pilots must have been clenching their butt cheeks with the reversers at full thrust when they neared the threshold.