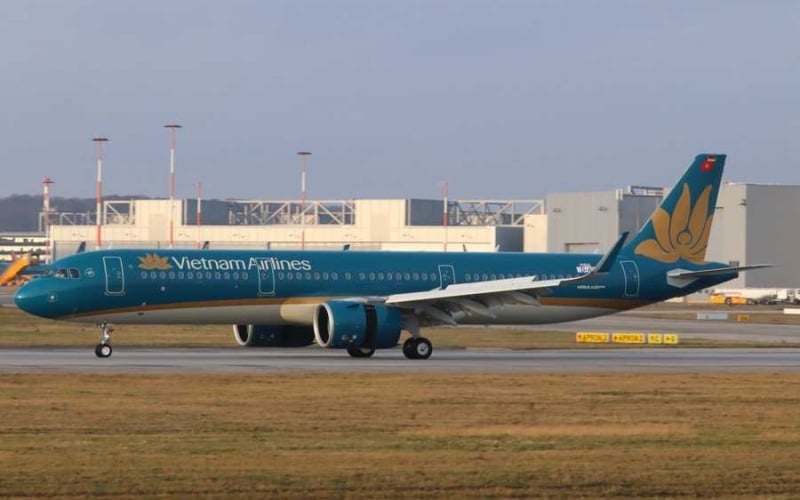 A Vietnam Airlines A321-200N was forced to divert to Lahore, Pakistan after the pilots experienced problems with one of the aircraft’s engines during its delivery flight.

The aircraft (registered VN-A621) was on its delivery flight from Hamburg, Germany to Hanoi, Vietnam, with a technical stop in Baku, Azerbaijan. The crew left Baku on February 6 and climbed to 37,000 feet as they made their way to Hanoi. On February 7 at 12:46 AM, the pilots shut down one of the two Pratt & Whitney PW1130G engines after experiencing difficulties. They drifted the plane down to 23,000 feet and diverted to the Allama Iqbal International Airport in Lahore, Pakistan.

Up to the time of publication, there was still no information as to what went wrong, but the aircraft has since been parked at Lahore until the engine can either be repaired or replaced. Below you can see the aircraft sitting at a remote stand awaiting engine repairs.

As Boeing and Airbus pressure engine manufacturers to shorten design time frames on new turbofan designs, major brands like Rolls-Royce, GE and Pratt & Whitney have all pushed out subpar engines, resulting in airlines having ground some of their aircraft to deal with premature repairs and design flaws.

The Pratt & Whitney PW1100G (an engine option for the Airbus A320neo/A321neo) is no exception, having problems from the very get go. Some of the initial issues included thermal bowing, forcing Qatar to delay delivery of its first A320neo and giving the title of first A320neo operator to Lufthansa. Indian low cost carriers IndiGo and Go Air were both forced to bring in their A320neos for premature engine repairs due to the hot and salty conditions in which the planes operated in. American carrier Spirit Airlines also reported icing issues in its bleed air system during extremely cold conditions, forcing them to limit cruise altitudes to 30,000 feet.

A faulty knife edge seal design and increased engine vibration issues also plagued some of the A320/321neo operators, forcing JetBlue for instance to swap some of their neo orders for A320/321ceos (current engine option) instead.

Even though Pratt & Whitney is feverishly pouring millions of dollars into design fixes, the 1100G engines have definitely had their impact on fleet utilization in the past year. In September 2018, airlines operating A320/321neo powered by variants of the PW1100G reported fleet utilization of just half of that of the A320/321ceos.