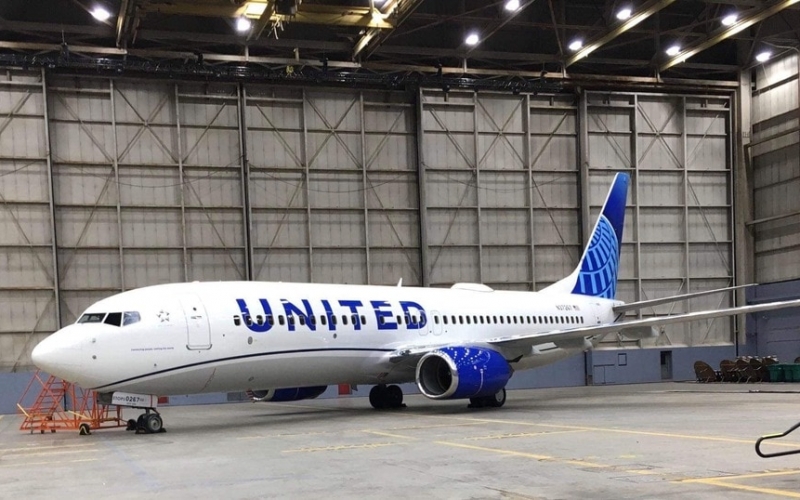 United has jumped to gun on its latest livery reveal, unveiling its much talked about evolutionary theme.

After many amateur renders were shared across the web, United’s CEO Oscar Munoz discredited those photos, saying that the new livery would be “an evolution not a revolution.”

So said, so done.

With less than 24 hours to go before the official launch ceremony in Chicago, United uploaded a video with the caption “Cleared for takeoff”, showing N37267, a 17-year-old Boeing 737-800 being stripped of its traditional blue and gold livery in favour of a modernized blue-themed paint job.

From initial appearances, the logo font size on the side of the aircraft has been drastically increased.

The general theme follows what we’ve already seen on United’s Boeing 787s and Boeing 737 MAXs, with a swooping dark blue border running along the lower section of the body, instead of the familiar gold strip. The tail also has a light blue globe, contrasting the darker blue background, instead of the traditional golden globe.

The dark background also has a slight gradient thanks to the perforated pattern similar to what British Airways uses. The engine cowling and inlets also received a blue makeover, with the inlet lip being decked out in chrome. The entire scimitar winglet assembly has also been painted in blue, versus just the top half being blue on the current livery. We assume the same will be done for the MAX 8 Advanced Technology winglets.

While the new theme is more of a subtle update rather than a ground-up redesign (which may come as a disappointment to some AVGeeks), the livery falls in line with the company’s latest branding, some of which can be seen reflected in their new uniforms.

Here are a few snaps from the video. Tell us what you think in the comments below. 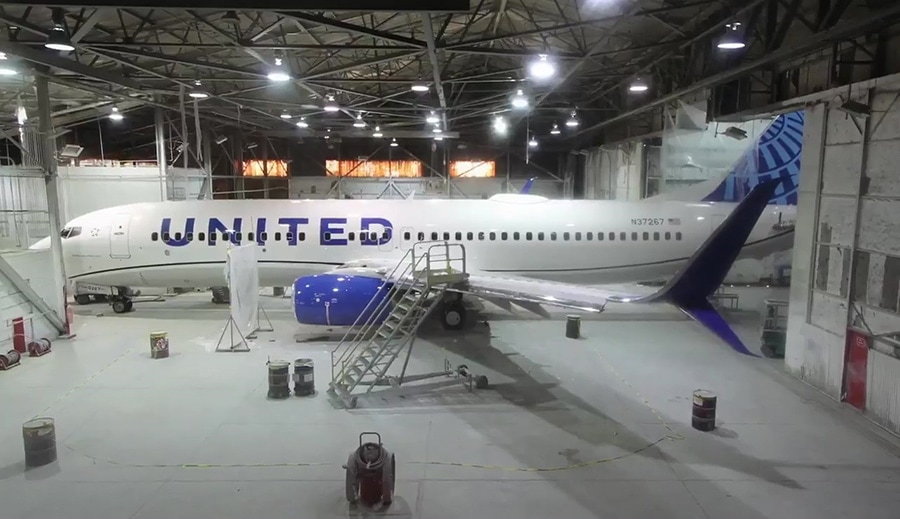 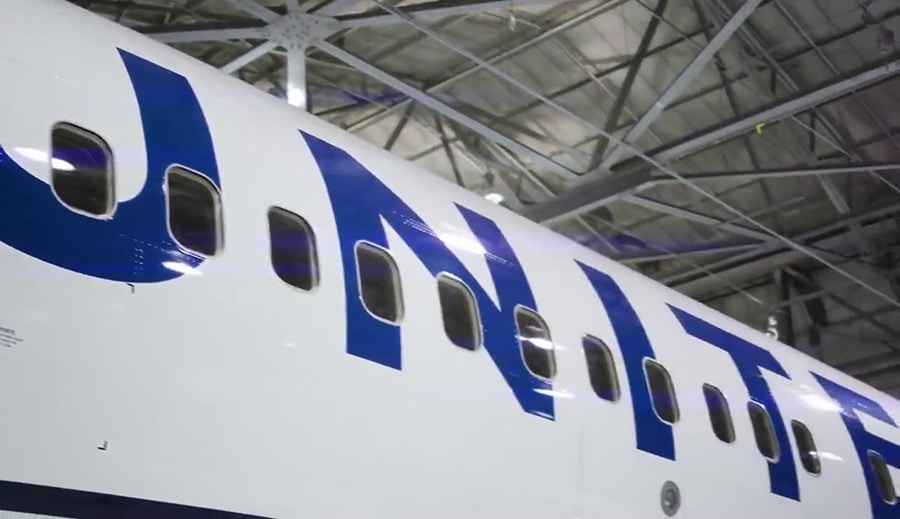 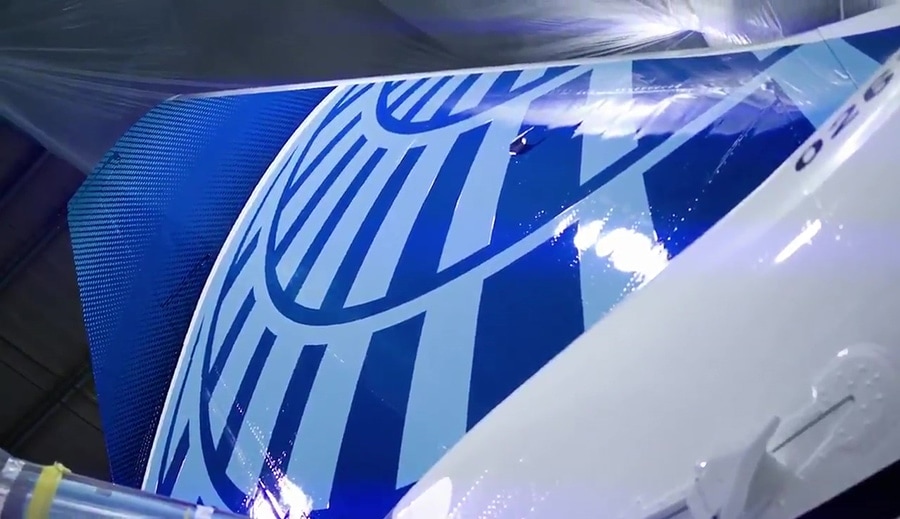 Our next livery has been cleared for takeoff. Stay tuned right here for more from our celebration in Chicago tomorrow! pic.twitter.com/n4CJrAJERG