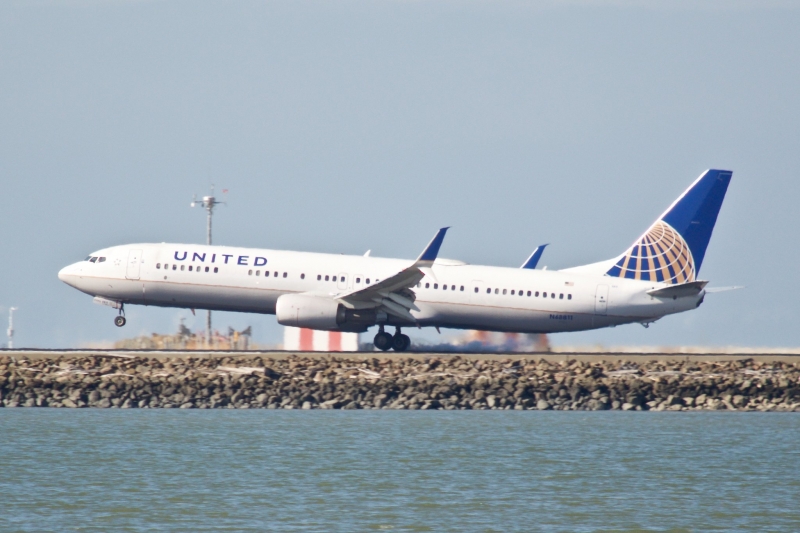 While scrolling through my Twitter feed this morning, I came across this United 737 that had tipped backwards at Lewiston, Idaho, and I had to wonder if a storm passed through or if cow tipping was a really a thing.

On September 17, 2021, a United Airlines Boeing 737-900ER (registered N78448) was operating a charter flight from Los Angeles (LAX) to Lewiston Nez Perce County Airport (LWS) in Idaho. The aircraft was chartered to carry the USC Trojans to Washington State to play off against the Washington State Cougars in a Pac-12 college football clash. Since I know nothing about American football, I’ll leave it at that.

While on the ramp during deplaning, the aircraft tipped backwards, most likely due to weight and balance issues. A photo of the tilted aircraft was shared online by former PGA golfer Dave Stockton Jr. He said the photo was sent in via a friend and noted that half of the football team was still on board when the aircraft tipped backwards. As a result, the return flight to Los Angeles was canceled.

USC just arrived in Pullman WA for their game with Wazzu. Here’s their plane… Half the team was still on it too😳 no explanation yet… pic.twitter.com/3lwvChstEA

In an official statement, United said:

United flight 2509 flying from Los Angeles, California to Lewiston, Idaho landed without incident. Due to a shift in weight and balance during the offloading process, the tail of the aircraft tipped backward. No injuries were reported among our customers, crew or ground personnel. The return flight was on a different aircraft as originally planned.

As Lewiston Airport typically sees smaller regional jets, it’s possible that the ground crew may not have been familiar with weight distribution for a much longer 737-900ER, resulting in the center of gravity (CG) shifting too far to the rear during the unloading process. Based on the sole photo, it could be assumed that cargo was unloaded too quickly from the forward hold during the disembarkation process. With “half the team” still on board (most likely still at the rear of the aircraft), it’s easy to see how the CG could have shifted to the back, making the aircraft tail heavy. Another potential factor is that the assumed weight calculations could have been skewed given that both players and support staff weigh in on the heavier side compared to the average passenger.

At larger airports where these birds operate on a daily basis, ground crews would be more familiar with the unloading process, unloading passengers and bags in a more streamlined process to keep the center of gravity ahead of the main gears. A tail stand would have definitely been useful here, but given that Lewiston caters to regional traffic 99% of the time, it is possible none was available to begin with.

What is the pole/stand coming out of the rear of this 737-900ER? Looks like a dang kickstand. from aviation