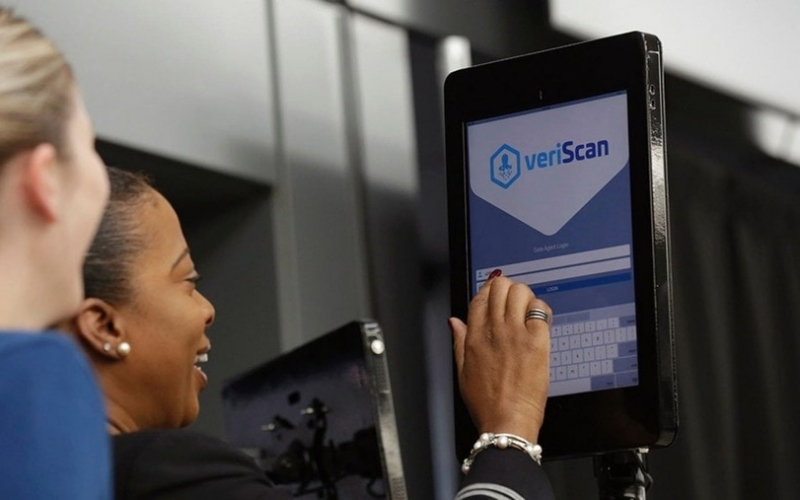 Thanks to facial recognition software, officials at the Washington Dulles International Airport have busted two people trying to illegally enter the United States.

The recently implemented system snaps a photo of passengers at entry checkpoints and matches it to the passport and/or visa photo of the passenger traveling on that day. If the photos do not match, the system alerts security personnel. The TSA says the system is extremely fast, taking just two seconds to verify the photos.

In just three weeks, they were able to catch two people trying to enter the U.S. with false documents. On August 22, a 26-year-old man from the Republic of Congo was caught using someone else’s French passport. He was intercepted after coming off a flight from Sao Paulo, Brazil. Once the system flagged him, he was taken for secondary screening where it was discovered that he concealed his real identification card in his shoes.

On September 8, another passenger was flagged for screening, this time a 26-year-old woman flying in from Accra, Ghana, with a false U.S. passport. She told officials that she was U.S. citizen returning from vacation, but the facial recognition system said otherwise. After further investigation, it was discovered that the traveler was actually a Ghanaian citizen and tried to enter with false documents.

“Customs and Border Protection’s facial comparison system is highly effective and efficient at detecting impostors,” said Casey Durst, CBP’s Director of the Baltimore Field Office. “CBP’s facial comparison system has a match rate of 99% making it extremely difficult for criminals, terrorists or impostors to enter the country using another person’s identification and travel documents. This is just one of many ways in which CBP is working to enhance the security of the U.S. while at the same time designing travel processes that are more efficient for the average person.”

Currently, the system is being tested at 15 exit and 14 entry locations across the United States.

It is also being tested at the Cape Liberty Cruise Terminal Bayonne, New Jersey in partnership with Royal Caribbean Cruise Lines.