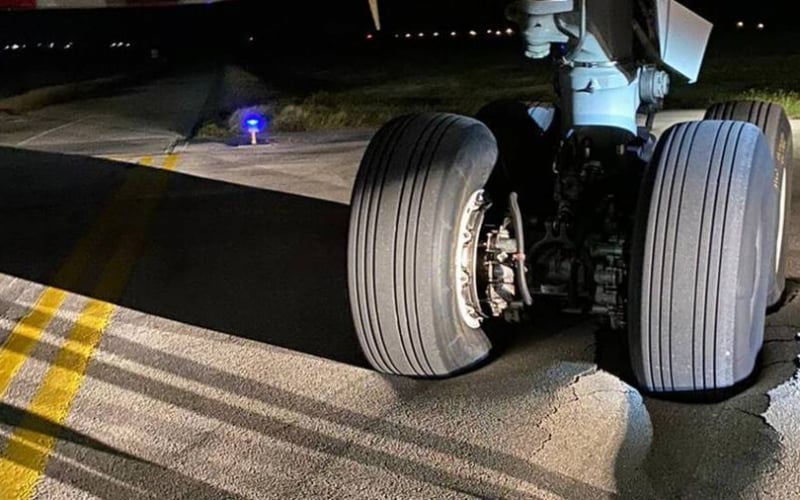 According to the report via NOS, on February 29, 2020, flight OR394 was scheduled to depart Bonaire (BON) to Amsterdam (AMS) at 9:10 p.m. local time. As the aircraft was being towed from the gate, the Boeing 787-8 (registered PH-TFM) was pushed too far onto a bordering section of the apron not meant for aviation traffic.

As a result, the left main gear sunk into the softer asphalt to the point where the pilots were unable to free the aircraft under its own power. After several hours, ground officials were finally able to pull the aircraft out of the hole, allowing it to continue on to Curacao after being inspected.

The aircraft left Bonaire on March 1st at 5:27 a.m. and headed to Curacao (CUR) instead as further checks needed to be completed. Crew hours were also close to expiring. All 305 passengers were put up at various hotels, and eventually left Curacao at 10:28 p.m. the same night, continuing on safely to Schiphol.

According to the Bonaire’s airport director Jos Hillen, as the Caribbean island is considered a special Dutch municipality, the incident will be investigated by the Inspectie Leefomgeving en Transport (ILT) in the Netherlands.

Hillen also noted that the aircraft was pushed outside of the zone allowed for aircraft movement, but was surprised that the surface had collapsed as repaving work on that segment bordering the grassy area was completed within the last two months.