Soon, you can pretend to be an economy passenger on a 6-hour flight 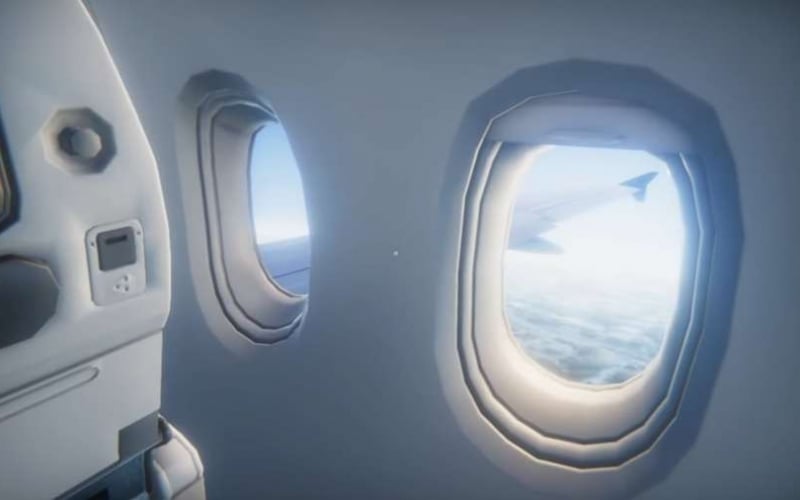 Gaming simulators have built a huge following over the last few years, allowing you to take on various roles such as truck drivers, farmers, pilots, construction managers, and much more.

While I am a fan of driving a few big rigs myself (shout out to the American Trucking Simulator fans out there), I never imagined someone developing a game to simulate the role of being an economy passenger on a 6-hour flight from New York to Iceland. The game titled “Flight Simulator” is being built by Hosni Auji, an independent game developer based in the Brooklyn, New York area.

Passengers…uhh, I mean players, will be able to simulate many of the things real economy passengers can do on a real flight. In the YouTube demos I have seen so far, the player flies from New York, New York to Reykjavik, Iceland on an Airbus A320. During the 5-6 hour trip, the player can interact with a host of items such as raising or lowering the window shade, viewing the safety card or reading a book, watching movies on the IFE seat-back TV, taking photos of the scenery outside, among other things.

Auji says once the game has been completed, we should be able to access other features such as calling a flight attendant, choosing meals, buying WiFi and duty-free items, and even signing up for a rewards program. There will even be the option of purchasing in-game add-ons such as upgrades to a business class cabin.

For those who like to stare out the window, the scenery will be provided via Google Earth. As mentioned before, you can even snap a picture like you might in real life.

The game will simulate events like adding a crying baby to the ambient cabin noise, or broken seat-back tables, or it might even throw in a bit of spotty WiFi along the way. There may also be one-off random events like sudden cabin depressurization or even a plane crash, even though Auji has programmed the probability of occurrence to mimic real life statistics of one in 10 million.

Auji hopes to partner with a major gaming development studio to help publish his game by September 2019 for PC gamers. He hopes that it can be used as a form of therapy to ease the fears of those who are afraid of flying, even though he suspects there may be a wider audience interested in the title.