As Boeing continues to grapple with software problems on its 737 MAX line, Ryanair has started taking pre-emptive action of its own.

First noticed by Renton, WA-based spotter, Woodys Aeroimages, the fifth Ryanair 737 MAX 200 to roll out of the paint shop sports a slightly  different branding on its nose section. Rather than carrying the “737 MAX” title seen on the first four MAXs belonging to Ryanair (example shown on the left side photo), the newest MAX 200 is now labeled as the “737-8200” (seen in the right side photo).

Even as low cost carrier maintains one of the worst reputations in the airline industry, the decision to drop ‘MAX’ from the title shows that the company’s management team is worried about the steadily declining reputation of the MAX line.

Ryanair is not the only carrier looking at the public’s perception of the new jet, as Southwest has also started replacing its safety cards to distinguish between which aircraft passengers are actually flying on. Before the two fatal MAX crashes, Southwest introduced combined safety cards with both the “737-800” and “737-MAX8” titles on the same card. However, with the MAXs being grounded, the airline decided to ditch them to avoid any passenger confusion (as evidenced below).

As the aircraft manufacturer races to finalizes fixes on its Maneuvering Characteristics Augmentation System (MCAS), they have yet another problem to deal with as the European Union Aviation Safety Agency (EASA) recently spotted a new issue. They found that in certain emergency situations, the autopilot would not fully disengage, making it harder for pilots to manually control the aircraft.

The issue was one of five highlighted in a recent report which was sent to both Boeing and the Federal Aviation Administration (FAA), but neither Boeing nor the FAA have publicly acknowledged these particular findings as they have not issued official reports on the situation just yet.

The global MAX grounding has significantly impacted operators as they have been scrambling to maintain operations without their newly acquired 737s. United has extended MAX cancellations up to November 3rd while American has also cancelled flights up to November 2nd. On the other hand, Southwest has a more optimistic relaunch date set for October 1st.

At this point it’s unclear as to when the MAXs will return to the sky, but some analysts believe it may not be well into 2020 given how much longer Boeing has taken to correct issues related to the MCAS software.

Ryanair’s specially configured 737 MAX 200 is a high-density version of the 737 MAX 8. Configured to carry 197 passengers in a single cabin format, the MAX 200 offers 5% lower operating costs when compared to the regular MAX 8. The airline has ordered a total of 135 MAX 200s. 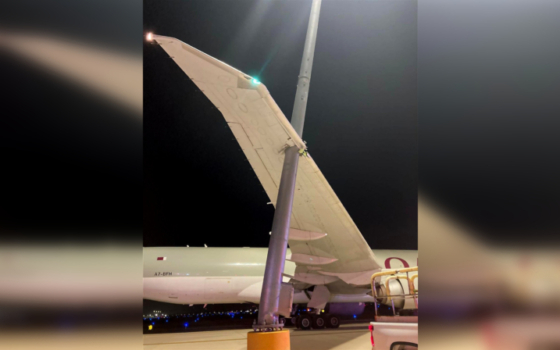