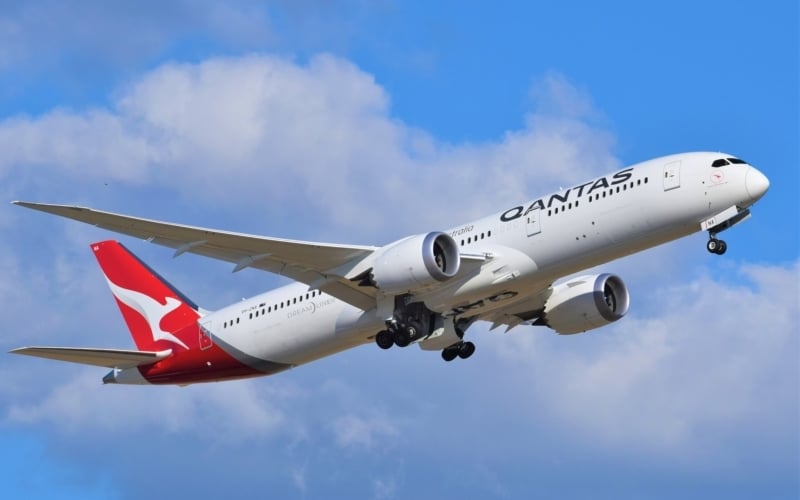 A Qantas 787 was found to have four of its engine static ports taped up on a flight used to transport freight from from Melbourne to Los Angeles.

According to a new report from the Australian Transport Safety Bureau (ATSB), on September 22, 2021, a Qantas Boeing 787-9 (registered VH-ZNJ) arriving at Los Angeles after performing a cargo flight from Melbourne was found to have four static ports on its engine fan cowls taped up. The discovery was made by one of the company’s engineers at LAX. Static ports provide important air pressure data to aircraft systems. Boeing recommends they be covered to avoid contamination, when the aircraft is parked for periods up to 7 days.

Qantas incorporated this instruction into its ‘normal’ parking procedure given how volatile air transport had become as a result of the pandemic and border closures. One day before the flight, the engineers in Melbourne were instructed to carry out the parking procedure. This included taping up and adding ‘remove before flight’ streamers to these static ports along with other instruments that could get clogged or damaged.

Later that day, another engineer was assigned the duty to ‘restore’ the aircraft for regular flight service. The ATSB found that while the instructions to ‘park’ the plane were in accordance with what Boeing recommended, the ‘restore’ job instruction card (JIC) was not anywhere near as in-depth, resulting in the engineer not removing the tape from the highlighted engine cowl static ports (shown below). 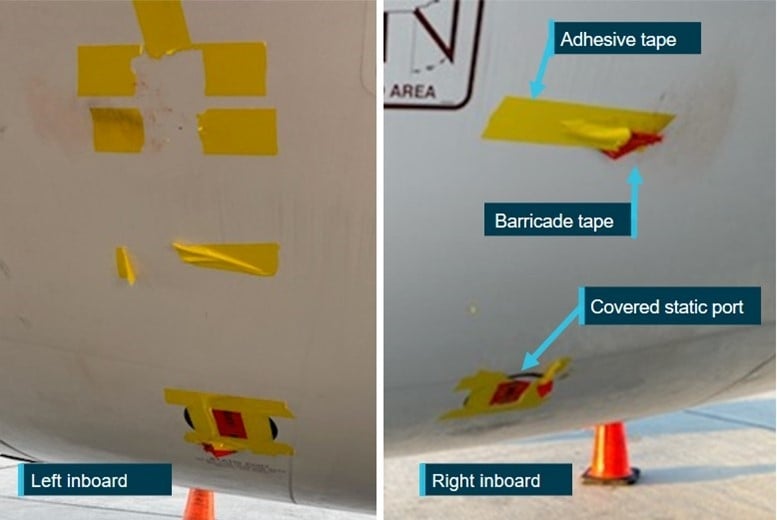 What was most interesting was the fact that the second officer performing the pre-flight inspection missed the covered ports.

At interview, the flight crew’s second officer, who conducted an exterior inspection of VH-ZNJ before the flight, reported they were aware of the fan cowl ports, but not that they could be covered by tape.

The second officer also reported they were somewhat distracted during the inspection, as they had found a pitot tube cover on the ground, and were trying to hand it off to an engineering staff member at that time.

The report also says that the pilots were able to perform the flight with no complications, and saw no alerts to indicating that the ports were blocked. While I am not an aircraft engineer, the report does suggest that some ports could be covered in certain circumstances, potentially explaining why the crew members did not receive alerts in flight.

“While the flight was uneventful, the covered ports meant redundancy for the engine electronic control system was reduced,” Mr Macleod noted.

Thankfully this mix up did not result in the aircraft encountering difficulty in flight, and since then, Qantas distributed memos to engineering, and flight and ramp crew, highlighting the location of the fan cowl static ports and that they may be covered. The company’s ‘park’ and ‘restore’ job instruction cards were also updated to fall in line with Boeing’s recommendations.

Macleod also added that the taped ports could have been missed because of a recommendation to tape the meter long ‘remove before flight’ streamers to the engine cowl to prevent them from being torn away in cases where there is are strong winds. The company has since instructed pilots and all associated ground crew to actively assess certain target areas instead of relying on streamers to find taped up ports.