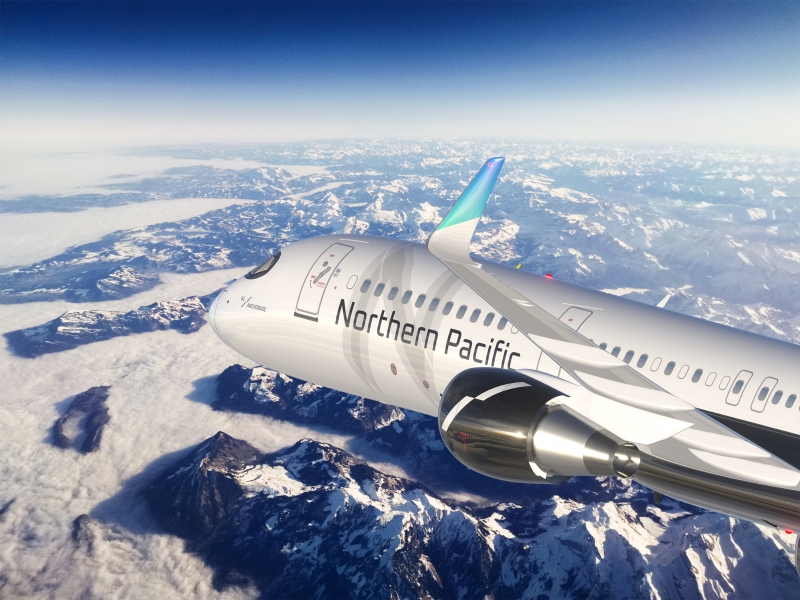 Northern Pacific Airways is one of America’s newest low-cost start up carriers, with plans to offer flights from major U.S. cities to Asia via Anchorage, Alaska.

Taking a similar approach like COPA and Turkish Airlines, Northern Pacific plans to offer travelers an alternative way to get between East Asia and North America at a lower price with a stop in the middle. The stop in Alaska may seem like an inconvenience for some who may prefer a more direct route, but those looking to save some bucks would benefit at the minor expense of a slightly longer trip.

Alaska was chosen for two reasons. It sits conveniently in between the two continents, along the same path used by many other airlines flying polar flight plans. Alaska is also a popular travel destination because of its shear natural beauty. Whether it be the the turquoise colored fjords, ice covered mountains, or the multitudes of parks along the Alaska Range, there is just so much that appeals to nature lovers.

The airline has not fleshed out any confirmed routes yet, but the company’s CEO Rob McKinney said that they hope to operate from cities from the following states including New York, Florida, California, Texas, and Nevada, as well as from Japan and South Korea in Asia. It’s unclear whether they will attempt to operate out of major hubs or if they will cut costs by flying out of smaller airports within the respective states. The airline will also offer connecting flights to domestic routes out of Ted Stevens via interline agreements with sister company Ravn Alaska, both of which are owned by FLOAT Alaska. 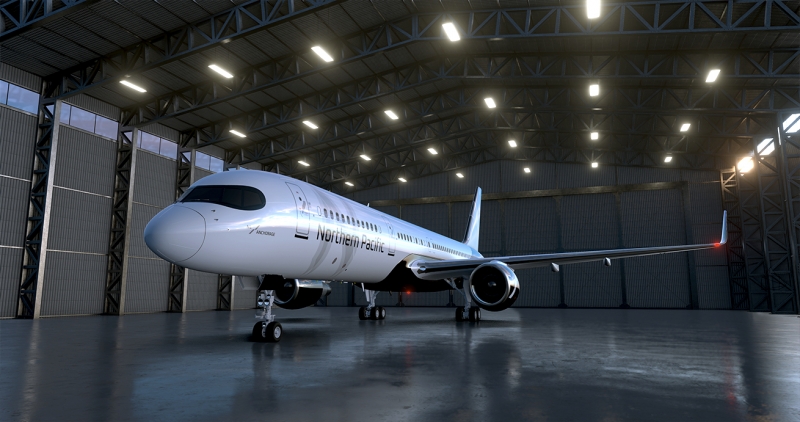 McKinney said the airline plans to operate up to 12 Boeing 757-200s, with at least six ex-American Airlines frames being leased from Aersale. In an unveiling ceremony on January 18, the first black and white painted 757 was revealed, bearing the registration N627NP. The 26-year-old frame first flew for U.S. Airways and then American Airlines as a result of the 2015 acquisition. No interior demos were shown at the unveiling in San Bernardino, but it is understood that their fleet will be configured to seat 180 passengers with 12 people in first class, along with a premium economy and economy cabin.

The carrier will also offer a cryptocurrency-based rewards program called FlyCoin, by which travelers can earn digital currency for each mile flown. FlyCoin is also the same program used by Ravn Alaska, which offers higher earnings on domestic routes. Besides being used to book rewards tickets (via a credit), FlyCoin could be traded for other types of crypto coins, or even cashed out in exchange for traditional currency.

Unfortunately Northern Pacific’s start date is somewhat of a question due to the travel restrictions still being held in place in Asia, but the company’s CEO is hoping to begin flights in Q4 of 2022.