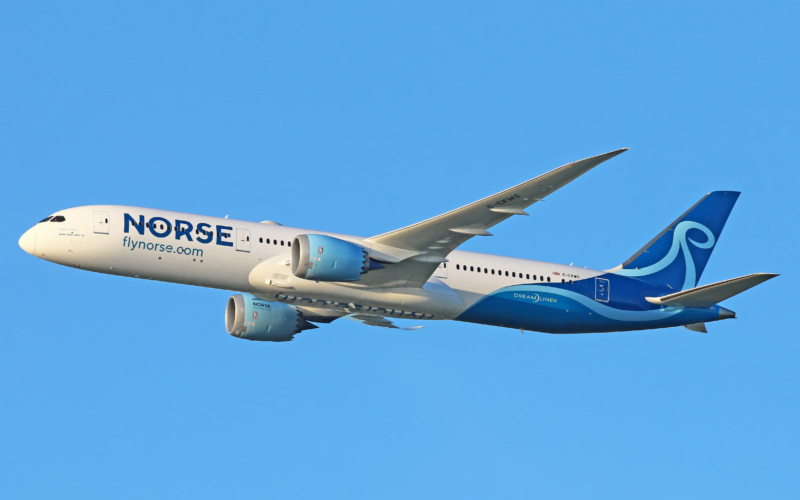 Budget travelers looking for a cross the pond bargain can look forward to another low cost option starting from August 12, 2022.

Norse Atlantic Airways has announced the opening of bookings for flights between its London Gatwick hub and New York with return fares starting as low as £255/$322. The airline plans to start operating daily direct flights between the two cities from August 12 with its Boeing 787-9 Dreamliners, and has plans to announce more U.S. destinations in the near future. The daily flight will depart from London at 1:00 p.m. and arrive in New York at 3:55 p.m. local time. The return departs New York at 5:55 p.m. and lands in London Gatwick at 6:20 am local time the next day.

The airline is also operating summer service between London Gatwick and Oslo with its 787s, and have listed tickets for as low as £41/$52 one-way starting from August. This works well as a connecting flight as the airline also plans to operate flights to Fort Lauderdale, Orlando and Los Angeles out of Oslo. The airline is also expected to launch its New York to Oslo service from June 14.

“We are very pleased to now be able to welcome customers looking to book great value flights between London Gatwick and New York JFK. Customers now have an affordable option allowing them to book a last-minute trip or a holiday of a lifetime with an airline that offers choice and flexibility,” said Bjorn Tore Larsen, CEO of Norse Atlantic Airways.

Stewart Wingate, CEO, Gatwick Airport said: “We are delighted to welcome Norse Atlantic Airways to Gatwick. It’s always great to see a new tail on the airfield but the arrival of a new airline following the turbulent past two years for the industry, and one that will be offering fantastic long-haul routes across the Atlantic, is particularly exciting news. Passengers across London and the South East will now be able to benefit from another transatlantic service from Gatwick, with Norse offering excellent value for money for those flying out for a dream holiday, or important business trip, to New York, one of the world’s most famous and dynamic cities.”

At the moment, Norse Atlantic’s Boeing 787s are split in a 2 cabin configuration, offering both Economy and Premium Economy seating. Like most low cost airlines, you have to fork up extra for additional amenities. Light travelers can easily capitalize on a cheap deal, but add-ons like bags, meals, priority boarding and other options can easily send up your ticket price. Both cabins have three fare options: Light, Classic and Plus. Going from a Light to Plus ticket could mean paying as much as double the initial fare, regardless of cabin.

Norse Atlantic’s 787s (previously flying under Norwegian) come outfitted with PTVs in all seats, with its premium economy cabin offering 43 inches of seat pitch and 12 inches of recline per seat.