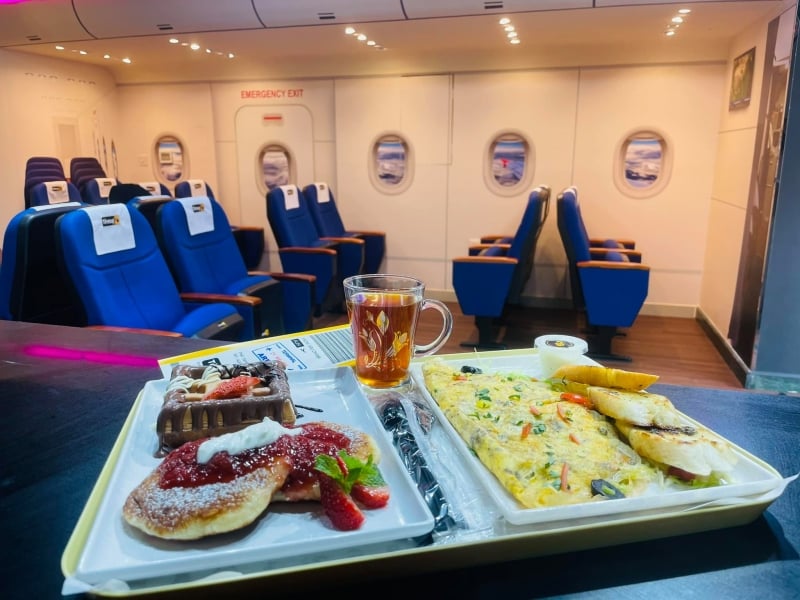 Airplane and airport dining experiences seem to be the new big deal since the start of you know what. With travel still somewhat suppressed, people have turned to new experiences, such as purchasing packaged airplane meals from the supermarket.

The latest in the line of aircraft experiences is a new restaurant called Transit Terminal Food located downstairs the Center Ville Hotel in Al Nahyan, Abu Dhabi. Opened in July, the aircraft-themed eatery offers the full “flying” experience starting with an airport check-in area where guests are given a departure board-styled menus. Transit Terminal Food serves a variety of fast food dishes based on cooking styles from across the globe. For instance, if you’re feeling for something from the West, you can order a New York Beef Burger or Mexican Quesadillas. European? What about a Prague Hot Dog or French-styled shrimp baguette? There are a decent number of geographically-based items (including breakfast items, salads, desserts and drinks) to choose from.

The restaurant itself has an economy class layout, with seats two-abreast, all of which feature a tray table to eat on, and guests are served by staff dressed in flight attendant uniforms. The good news is that unlike most real aircraft, there’s actually ample leg room between each seat! There are also pairs of seats that face each other for larger groups. The one thing I would have liked to see was the inclusions of TV displays behind the cutouts showing the sky passing by rather than the static pictures. Maybe a different sky theme based on time of day or destination. 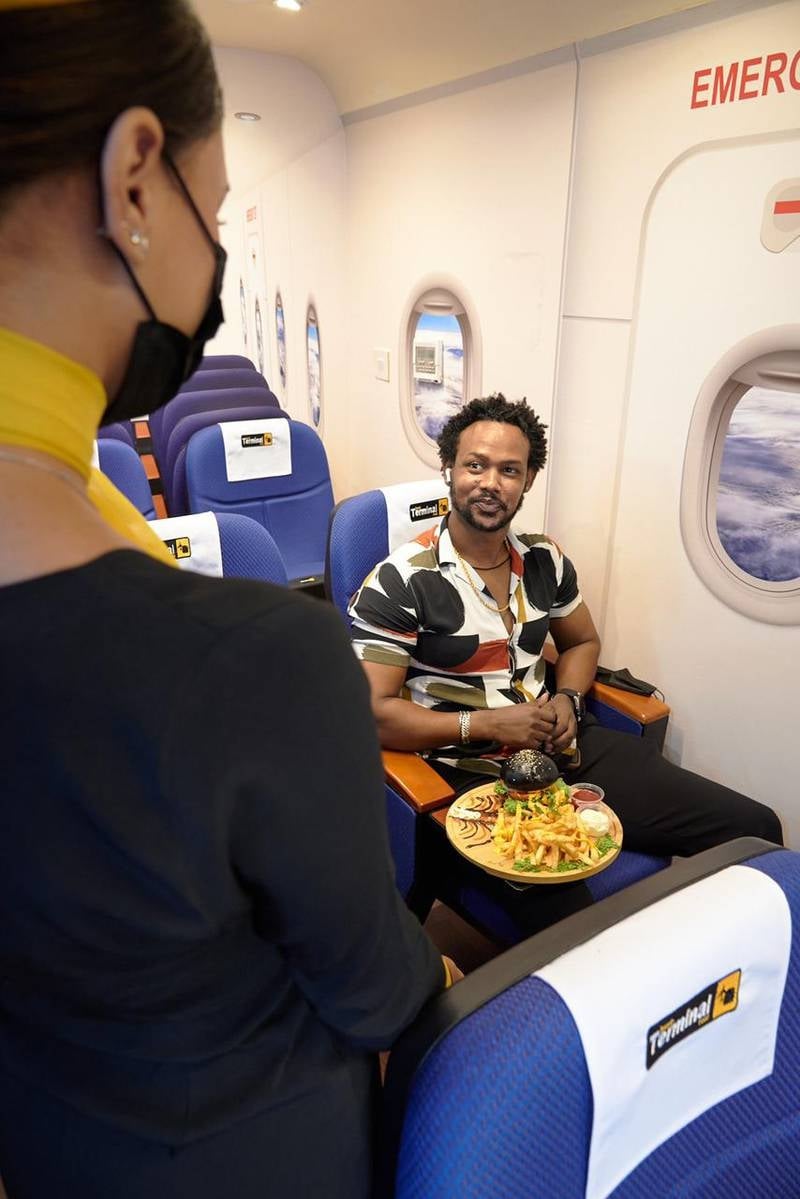 The restaurant which was opened by Mohamed Basha, was done out of his love for traveling and with the plans of offering a selection of global cuisine to the people of Abu Dhabi. In an interview with The National, he said:

“I am a traveller. I have visited more than 100 countries. I have tasted a lot of local foods and that’s why I was thinking during Covid-19 how it’s been difficult for people to travel and eat famous food in the streets of the world.”

Basha says they currently offer fast food items from over 30 countries, with the plans of adding new destinations every month.

“We add a new destination every month. We opened the restaurant in July and in August we have added new foods such as salmon, a pineapple burger and the Egyptian dessert called The Bomb.” 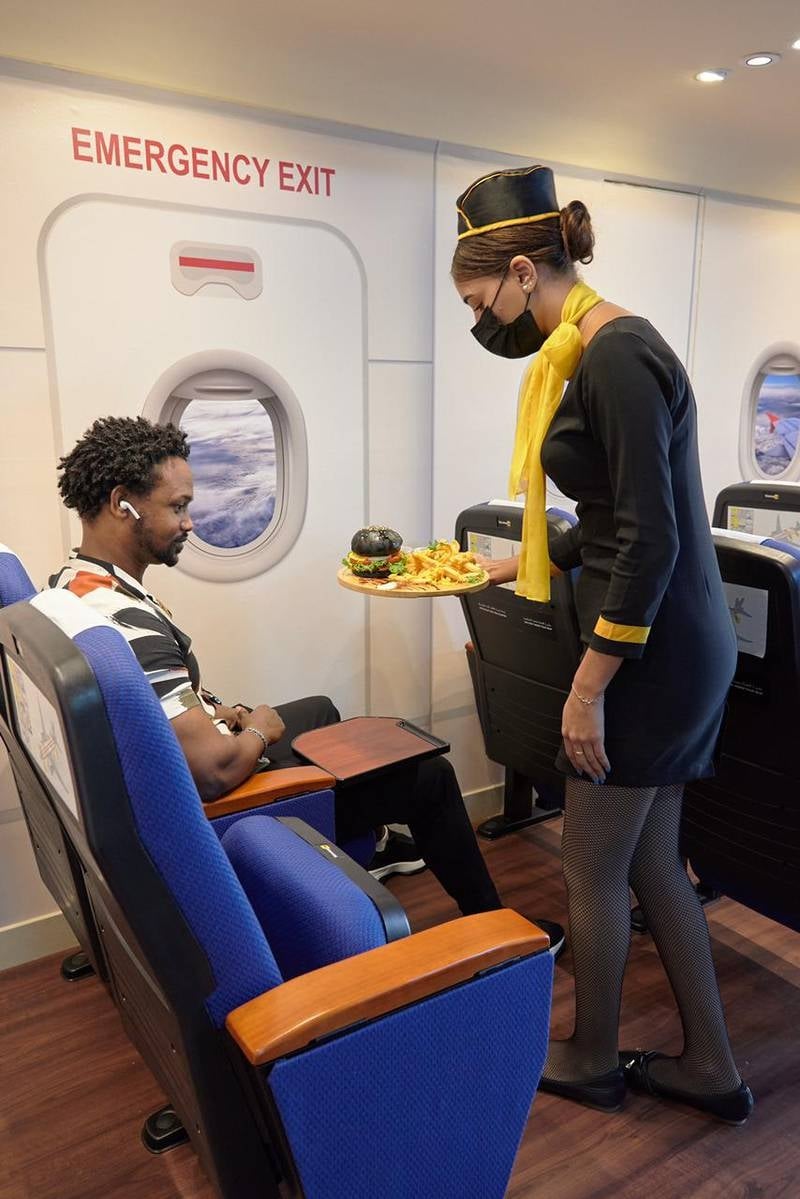 With the Delta variant of COVID still slowly recovery globally, it would not be surprising to see more of these aviation inspired experiences opening. Global travel numbers have certainly picked up especially in the United States, but countries are still at odds with each other as to how they handle passenger entry given yet another wave of rising infections depending on where you look at. 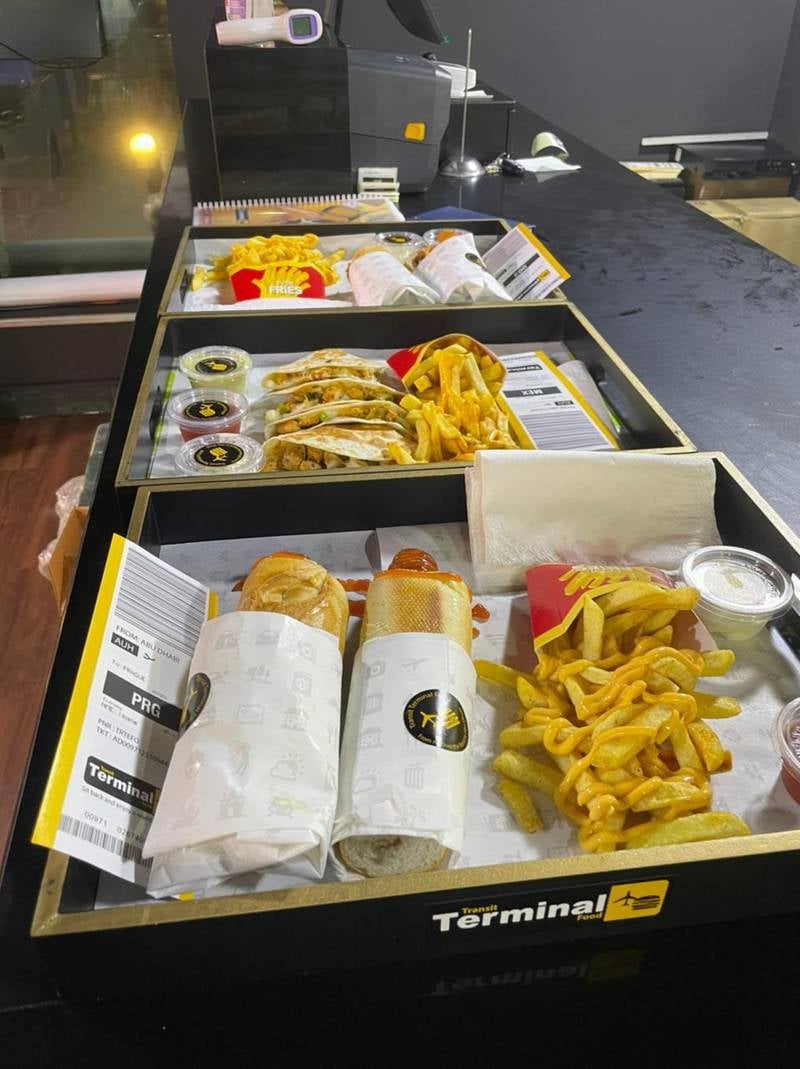