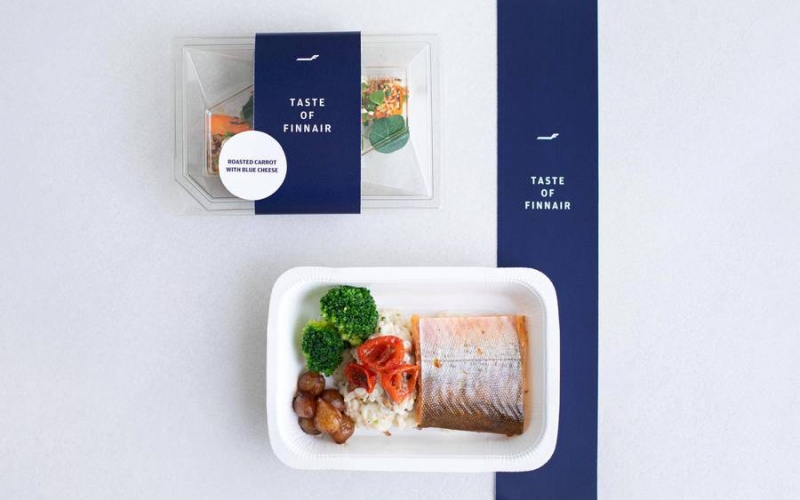 For those who miss travel, Finnair has joined other airlines and catering companies by bringing its food normally served 35,000 above to groceries shelves in Finland.

As part of its pilot program dubbed “Taste of Finnair”, the airline is trying to keep as much of its kitchen staff employed by selling its meals usually served in business class to the general public via grocery stores. The Nordic and Asian ready-to-eat meals were first introduced at the  K-Citymarket Tammisto store in Vantaa on October 15, attracting quite a bit of attention and selling out before the day’s end.

“We want to offer the opportunity for a Finnair experience and everyday luxury at home, now that travel has been restricted in many ways,” says Marika Nieminen, Finnair Kitchen’s Director of Operations. “At the same time, this is a new business opening for us and employs our chefs in Vantaa. It is especially great that at a time when most of Finnair Kitchen’s employees have been laid off, we can bring work and employment to our employees through a new experiment.”

So what’s on the menu? Some of the items include reindeer meatballs, Arctic char and teriyaki beef. The meals which sell for about €10-13 are basically up to the same standards of those served in business class, except that less seasoning is used as our sense of taste is not impaired like when we’re flying at cruising altitude.

#Finnair is welcoming new experience in #Helsinki #Finland : ready -made-meals Taste of Finnair by Finnair Kitchen to the general public. Beef or chicken? It’s more than that but you can take Finnair with you #feelfinnair @FinnairSuomi #rethink #reinvent pic.twitter.com/WenX4ciHN2

Operating at just a mere 9% of its capacity when compared to last year, the Finnish airline has been able to capitalize on the fact that many of the country’s citizens are now working from home and ordering a lot more takeaway meals. While the initiative may cover no where near what is needed to bring the airline back to last year’s performance, at least the kitchen staff can come home with a paycheck instead of being on the breadline.

“So many of Kitchen’s employees are temporarily laid off and we can now create new work and employment for our people,” Nieminen said.