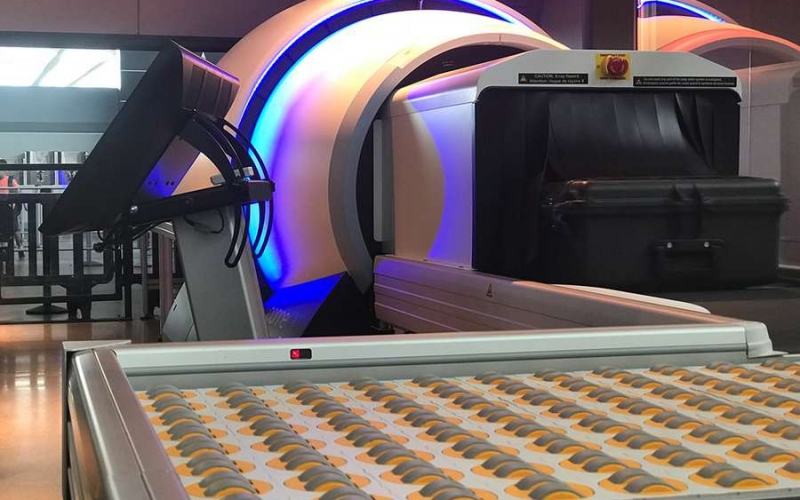 Just over a week ago, we posted about 3D scanners being tested at Geneva. The new tech continues to spread globally as the Transport Security Administration (TSA) plans to start testing a new 3D bag scanner at JFK’s Terminal 8 in partnership with American Airlines later this month.

As passengers pack their hang luggage more tightly to avoid checked bag fees, traditional 2D X-Ray scanners are more and more showing their limited capabilities as they struggle to “see” beyond the initial layers of packing. The new 3D CT bag scanner allows TSA agents to see a better representation of what is inside passengers’ bags, giving them the ability to more effectively single out any threats, and speed up the checking process in the long run.

The agents would get a 360 degree view of what’s inside bags being run through the machines, with software allowing them to manipulate the viewing angle of the scanned items for easier browsing.

Besides cutting down on manual bag checked, one of the biggest advantages of CT scanning would be being able to leave larger electronic items such as tablets and laptops in your bags, as well as liquids, aerosols, and gels. This could be a huge relief for travelers who carry their laptops for work related purposes.

CT bag scanners are not new to the market, but due to their traditionally larger size, they were only deployed at a handful of airports. Thankfully, due to technological advancements, smaller units are npw being produced, which means they could be rolled out to more airports than even before.

“Use of CT technology substantially improves TSA’s threat detection capability at a checkpoint.” said TSA Administrator David Pekoske. “This partnership will allow us to deploy new technology quickly and see an immediate improvement in security effectiveness.”