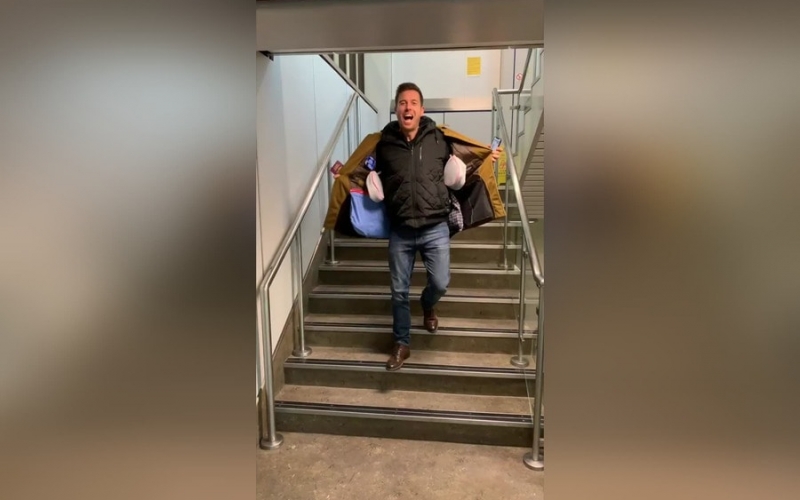 If you’re a regular flyer with Ryanair, you may have heard about the new fee being slapped on to small checked bags.

In an effort to reduce delays at the gate, Ryanair has once again started charging customers a fee to check baggage in its hold. Previously, regular passengers were allowed to one free “personal” bag (that should be able to fit under the seat) and a second larger carry-on bag under 10kg. To compensate

According to the airline, when the free second carry-on bag policy was implemented, they were suddenly faced with increased logistical challenges, and decided to once again start charging for bags going in the storage bins.

Passengers looking to carry a bag below 10kg must now pay £8, or they can purchase a priority boarding pass for £6 and receive the same baggage benefit, along with other benefits such as earlier boarding. We suspect the priority option may quickly turn into American Airlines’s older “Group 1” boarding situation in due time.

Lee Cimino, a regular passenger with Ryanair, clearly did not seem too happy about the situation as the new baggage fee took effect two days before his trip to Belfast, Ireland.

Instead of forking out the extra money, he took one of his older coats down to a local tailor, and sewed in enough “storage compartments” to fit the contents of a small roller carry-on bag. The conversion obviously was not cheaper than the cost for the extra bag, coming in around £25, but at least he could use it time and time again with the airline.

After packing his new suitcase, uhhhh I mean “personal” bag, he headed down to Manchester Airport to catch his 8:30 AM flight to Belfast. After breezing through the security checkpoint, his nerves kicked in as he was worried that he would be forced to gate check his unusually large coat for £25.

Luckily, he was able to beat the system and boarded without a hitch. In all fairness, his coat did not seem that superbly large. I have seen passengers wearing massive coats when traveling, and they were not even sneaking in items on board, so it’s safe to say that Mr. Cimino can maximize this little trick until the airline decides to revisit its baggage policy once again (or at least secretly tag him for upcoming flights).

We would not be surprised to see “oversized coats” joining their enormous fees page, which appears to be longer than a classroom roll call list.

Here is the full video documenting the experience.

How to beat the new Ryanair baggage charges

This is for you if you've ever been frustrated by Ryanair. This is how you get around the new baggage charges every time. It might even make you smile 😀