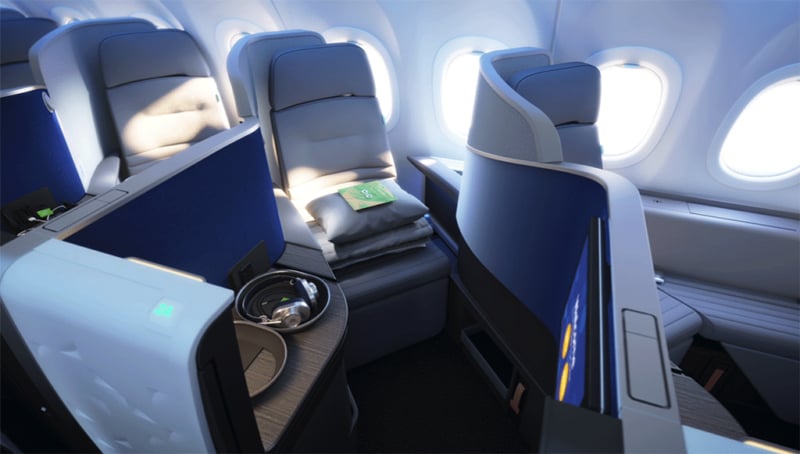 After almost nine months crossing the pond, JetBlue is expanding its service to London, England, with non-stop flights out of Boston starting this summer.

JetBlue is joining the very competitive ranks, offering daily flights out of Boston (BOS) to both London Gatwick (LGW) and Heathrow (LHR) from mid July and August respectively. Using their recently acquired Airbus A321LR aircraft, they will first launch service between Boston and London Gatwick from July 19, 2022 as follows:

Its London Heathrow service will commence operations a month later from August 22 as follows:

“Our strategy of flying to both Heathrow and Gatwick Airports has been a success for us in New York, and we’ve secured slots to be able to do the same in Boston, becoming the only airline in New England offering flights to London’s two main airports,” said Robin Hayes, chief executive officer, JetBlue. “Our London service has been an incredible success so far and we’ve been able to go in with our unbeatable JetBlue service and experience and bring down fares on a traditionally overpriced route – the JetBlue Effect in action. We’re ready to do the same at Logan as we advance our growth strategies in both Boston and London.”

JetBlue will be entering a very competitive market as the Boston-Heathrow route sees non-stop service from competitors such as Virgin Atlantic, British Airways, American Airlines, United and Delta. According to the airline, the route will be launched with introductory fares as low as $549 in economy and $1,999 for Mint if booked through their website, but I could not find anything remotely close to their offer (the sample price below is the same as on Jetblue.com). Fares between Boston and Gatwick were equally as high even though JetBlue is the only carrier with non-stop service on the route. 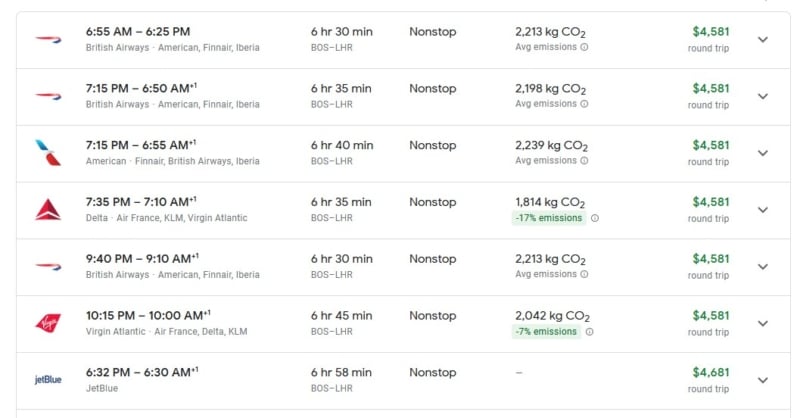 Even though fares do not appear to be disruptive as JetBlue makes it out to be, there are some reasons travelers may choose them over other legacy carriers. Economy (Core) seats have slightly better pitch as 32 inches versus the 29 to 31 on competing carriers, and boarding times are generally shorter as their A321LR only seats 138 passengers (24 in Mint, 24 in Even More Space and 90 in Core). JetBlue’s catering and onboard entertainment/Wi-Fi system has also received extremely positive reviews when compared to the other big boys.