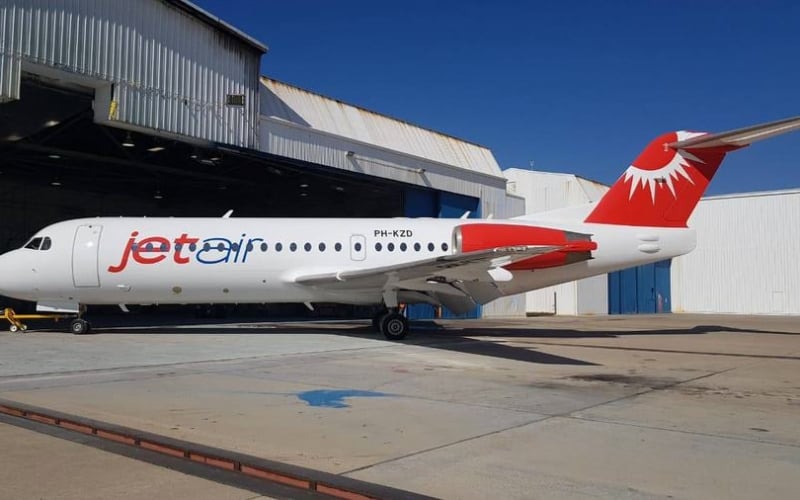 With Insel Air and Insel Air Aruba ceasing operations within the last two years, Curacao-based JetAir Caribbean hopes to pick up the slack with its recently acquired Fokker 70.

The 22-year-old ex-KLM Cityhopper Fokker 70 was recently put through the maintenance hoops at the Fokker Services facility in Singapore and then flown to the United States to be repainted. The aircraft touched down in Curacao on March 20 in its new livery, still carrying the KLM registration “PH-KZD”.

The 80-seater aircraft will operate under the license of charter company United Caribbean Airlines, but JetAir management hopes to obtain its Airline Operating Certificate (AOC) some time in April to operate commercial flights under the JetAir name.

JetAir hopes to serve countries within the region including Aruba, Bonaire and St. Maarten, as well as other destinations such as Trinidad, Jamaica, Haiti, and Medellin, Colombia. The airline is also set to receive another 23-year-old Fokker 70 which previously served for Vietnam Airlines and TransNusa. The second F70 will arrive in Curacao some time in April, and will serve as a backup to the first to maintain on-time performance.

The airline has stated that tickets will go on sale as soon as they obtain their AOC.