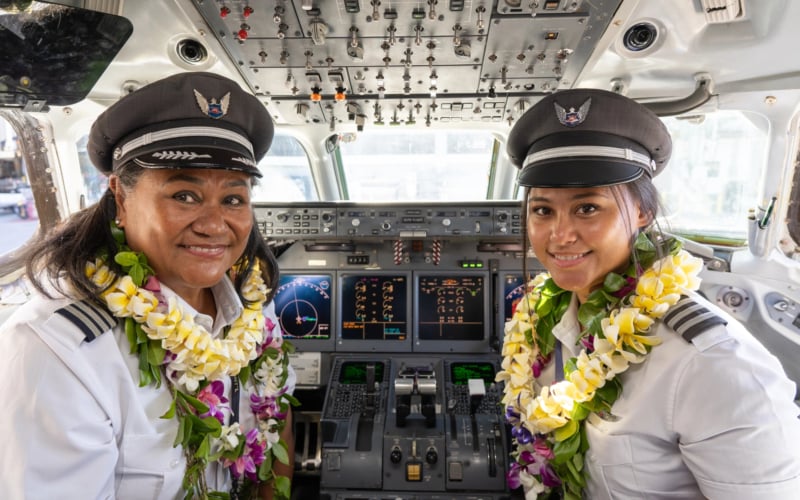 Just a month ago, Southwest Airlines celebrated its first mother/daughter flight deck duo, and now Hawaiian Airlines is doing the same after a mom and daughter piloted an aircraft for the first time in the airline’s 90+ years in service.

On Wednesday August 31, 2022, Captain Kamelia Zarka got the opportunity to fly alongside First Officer and daughter Maria Zarka, making history for the airline. Both piloted a Boeing 717 to various destinations within the Hawaiian island chain. On top of this combination, it also appears that passengers were greeted to an all-female cabin crew as well. The more senior Zarka is no stranger to breaking boundaries as she stands as the first Tongan woman to captain a commercial aircraft. 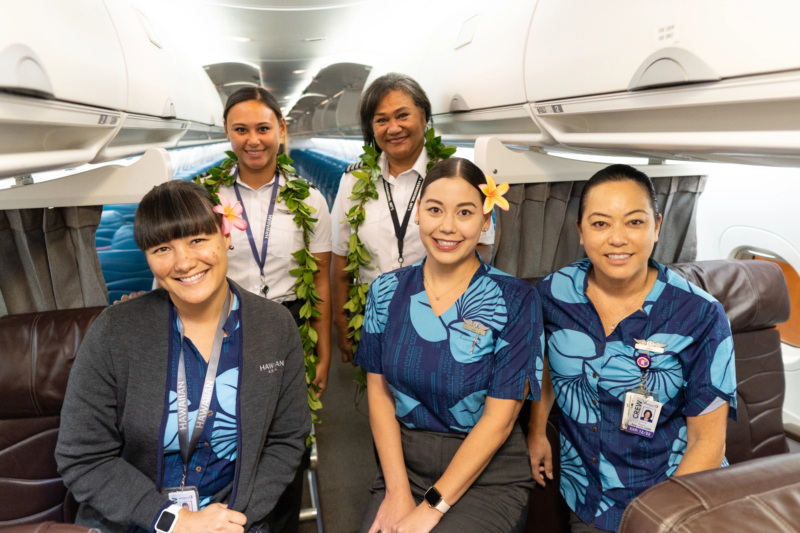 Anaseini “Kamelia” (Lino) Zarka was born and raised in the Kingdom of Tonga. She eventually left the Polynesian island chain after high school after receiving a federally funded college scholarship to Sotra Videregaende Sko in Norway, where she studied public health and social work. She took up many social work positions, and landed a position at the Red Cross, working across Spain, Norway and Switzerland, before heading back to her home town to pick up a youth coordinator position with the Tonga Red Cross Society.

During her time in Tonga, she met her now husband, Christopher Zarka, a Peace Corps volunteer, with whom she eventually moved to Hawaii after he took a teaching fellowship at the University of Hawaii at Manoa. She sent out a number of resumes, and eventually got a call from Hawaiian Airlines in 1992, joining the carrier as a flight attendant on the Douglas DC-8.

During one of her trips which flew the Honolulu-Tonga-Pago Pago route, she experienced what she considered a life changing moment.

“I remember the captain called back to us [while flying over Tonga] and said that anyone who wants to sit up front [in the cockpit] is welcome to do so,” she recalled. “I did and sat behind the first officer, and as the plane rolled down the runway, I thought to myself, ‘Hey, I can do this.’ When I got home from that trip, I asked my husband what he thought about me becoming a pilot and he said I should go for it.”

Zarka decided to get her pilot’s license, and eventually worked her way up through the various certifications over the next sever years, and eventually took up a flight engineer position with Hawaiian on the McDonnell Douglas DC-10. She would later become a first officer, flying the airline’s transpacific Boeing 767s, eventually making history after becoming a captain on the Boeing 717s after the 767s were retired in 2018. Even though she enjoyed seeing the world through transpacific travel, her heart was always at home, and preferred working within the island chain so she could be home with her family every evening.

Zarka’s two daughters, Kaimana and Maria adopted her passion for aviation and both pursued aviation studies as well. Maria eventually went on to fly for Republic Airways in New Jersey for two years, before joining Hawaiian recently to fly the 717s as a first officer. From there, it was only a matter of time before they crossed paths, and on August 31, 2022, they both shared the flight deck, operating flights throughout the Pacific archipelago.

Kaimana, the younger daughter is also progressing through her aeronautical science degree at Embry-Riddle University in Arizona, and has completed her Private and Instrument licenses. Maybe one day she will also get to join the Hawaiian family.

Aside from her daughters, Kamelia Zarka she she wants to see more women, especially those of color and from Tonga, in the cockpit. “When I was young, every little girl in Tonga hoped to become a flight attendant or nurse, but I would like to see a shift where they want to become pilots and doctors instead,” she said. “I feel a duty and responsibility as the first Tongan woman commercial pilot captain and try when I can to be a role model for those girls.”