FlightRadar24 Crippled As Over 700,000 People Track U.S. Military Jet With Nancy Pelosi On Board 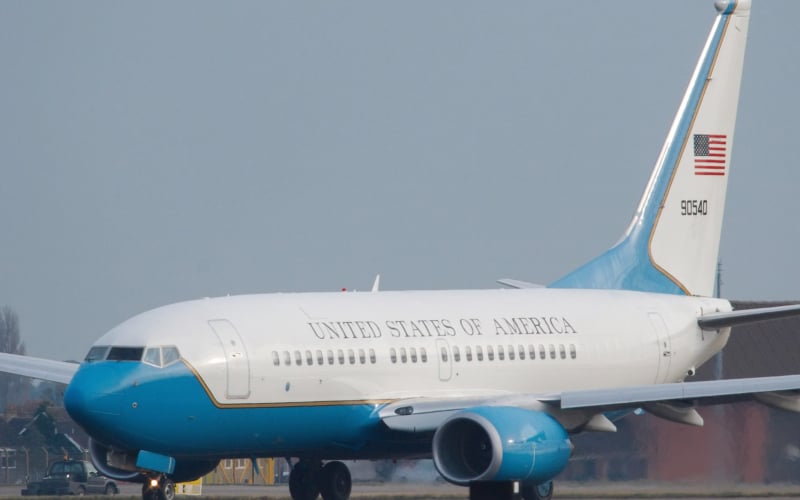 FlightRadar24’s site eventually pushed error messages as the administrators worked quickly to increase capacity. In a tweet they said, “Because of unprecedented sustained tracking interest in SPAR19, Flightradar24 services are under extremely heavy load. Some users may currently experience issues accessing the site, our teams are working on restoring full functionality to all users as quickly as possible.”

The site set a record with, peaking at 708,000 (give or take) concurrent viewers tracking that flight around the time of touch down, with a total of 2.92 million trackers over the course of the entire leg.

“From the time it lifted off from Kuala Lumpur at 15:42 local time, SPAR19 was already the most tracked flight on Flightradar24 among active flights. By the time it landed in Taipei, SPAR19 was being tracked by more than 708,000 people around the world, making it the most tracked live flight in Flightradar24 history. Over the seven hours from Kuala Lumpur to Taipei, a total of 2.92 million people followed at least a portion of the flight.” 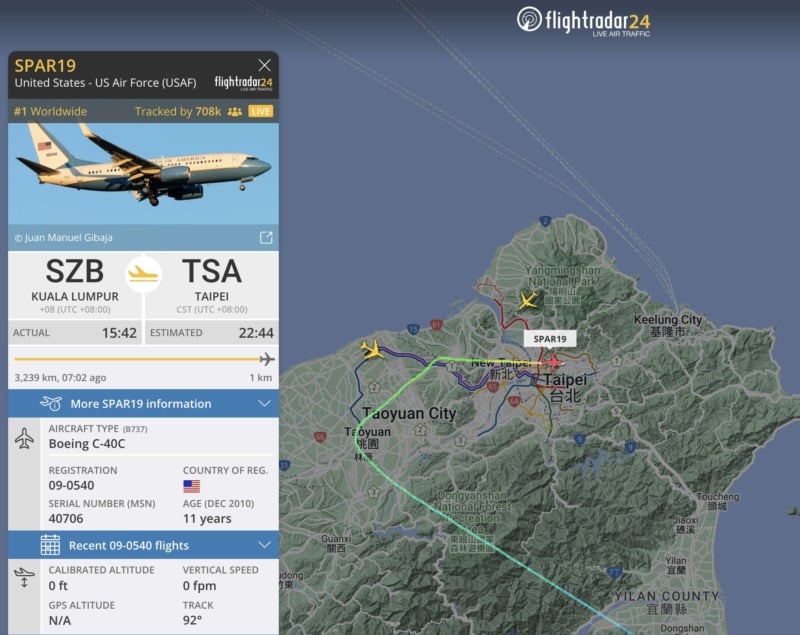 Nancy Pelosi’s visit has drawn quite a lot of attention even after the White House advised her against visiting the territory embroiled in decades-long controversy. Prior to this trip, Pelosi and other U.S. officials visited countries including Singapore, Malaysia, South Korea, and Japan to discuss general world issues including climate change, the pandemic and economic development.

Pelosi’s visit has added more fuel to the fire as tensions between the United States and mainland China have worsened, with China threatening “serious consequences” prior to her arrival. In a press statement, foreign ministry spokeswoman for the People’s Republic of China Hua Chunying said that “the US side will bear the responsibility and pay the price for undermining China’s sovereign security interests.”

The U.S. delegation, well aware of this situation, still proceeded with its visit to Taipei, and turned what would normally be a 4-hour flight into 7 hours as the military jet flew far south to stay clear of Chinese airspace.

Taiwan forever remains in controversy as the People’s Republic on China (otherwise known as mainland China) battles for control of the island, while the leaders of Taiwan, otherwise know as the Republic of China continue to maintain that they are a separate territory. As it stands, Taiwan holds a very important position in world trade as they are responsible for the production computer processor chips used in a range of electronics including mobile phones, laptops, PCs and gaming consoles. The Taiwan Semiconductor Manufacturing Company (TSMC) which produced chips for big brands such as Apple and Samsung, account for over half of the mobile devices marketshare across the entire globe.