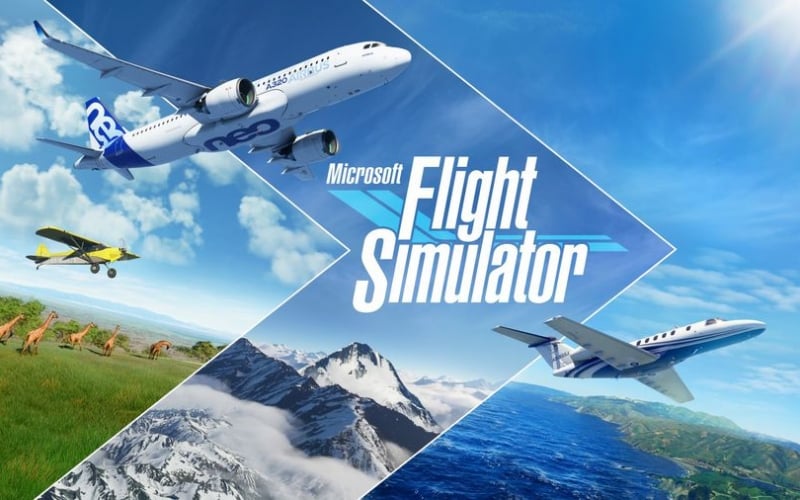 If it’s one thing the pandemic did was turn many aviation enthusiasts into flight simmers (including myself). With games like Prepar3D and X-Plane already available, simmers were blown away when Microsoft first teased their new flight simulation game at E3 last year.

Dubbed “Microsoft Flight Simulator”, the 2020 iteration gained huge interest as many people were spending time home picking up new hobbies such as playing flight sims. The game which is being developed by Xbox Game Studios and Asobo Studio promises an all-in-one package including a more realistic weather engine, AI traffic synced to real world flights, updated charts and navigation data, a number of detailed airports out of the box, and even photoreal landscape thanks to the ability to stream map texture data directly from Bing on the fly (rather than having to download entire scenery libraries).

Here is the full list of features being promised.

Over the past few months, the game has gone through a number of alpha builds and is now transitioning to beta, and fans following the developments can finally breathe a sigh of relief as the game is coming out much earlier than anticipated.

According to the Xbox Wire, Microsoft Flight Simulator drops on August 18, 2020 for PC. Fans can pre-order on Windows 10 or pre-install with Xbox Game Pass for PC (Beta) from today. Those living in Europe also have the option to purchase the game on physical discs via the Aerosoft store.

There will be three pricing tiers available, varying depending on the number of additional airports and aircraft included.

It’s worth noting that the airports mentioned above and below are airports that were given extra attention, and that the sim will feature over 40,000 airports otherwise. Unfortunately many of the other airports may look simply like boxes based on auto-generated data from Bing Maps and other sources. Hopefully the 3rd party community can fill this void.

Here is the breakdown of included airports and aircraft in each package. 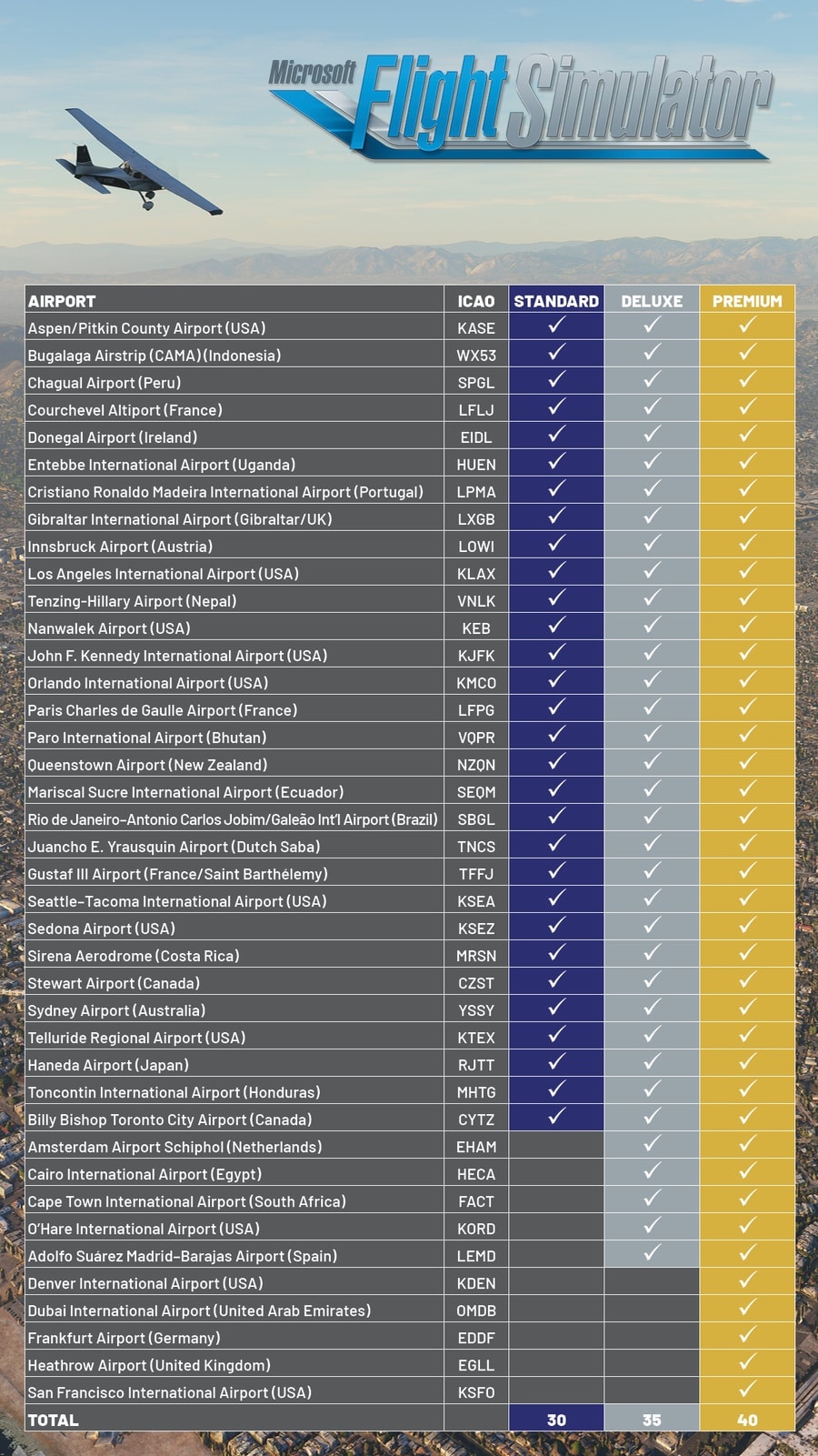 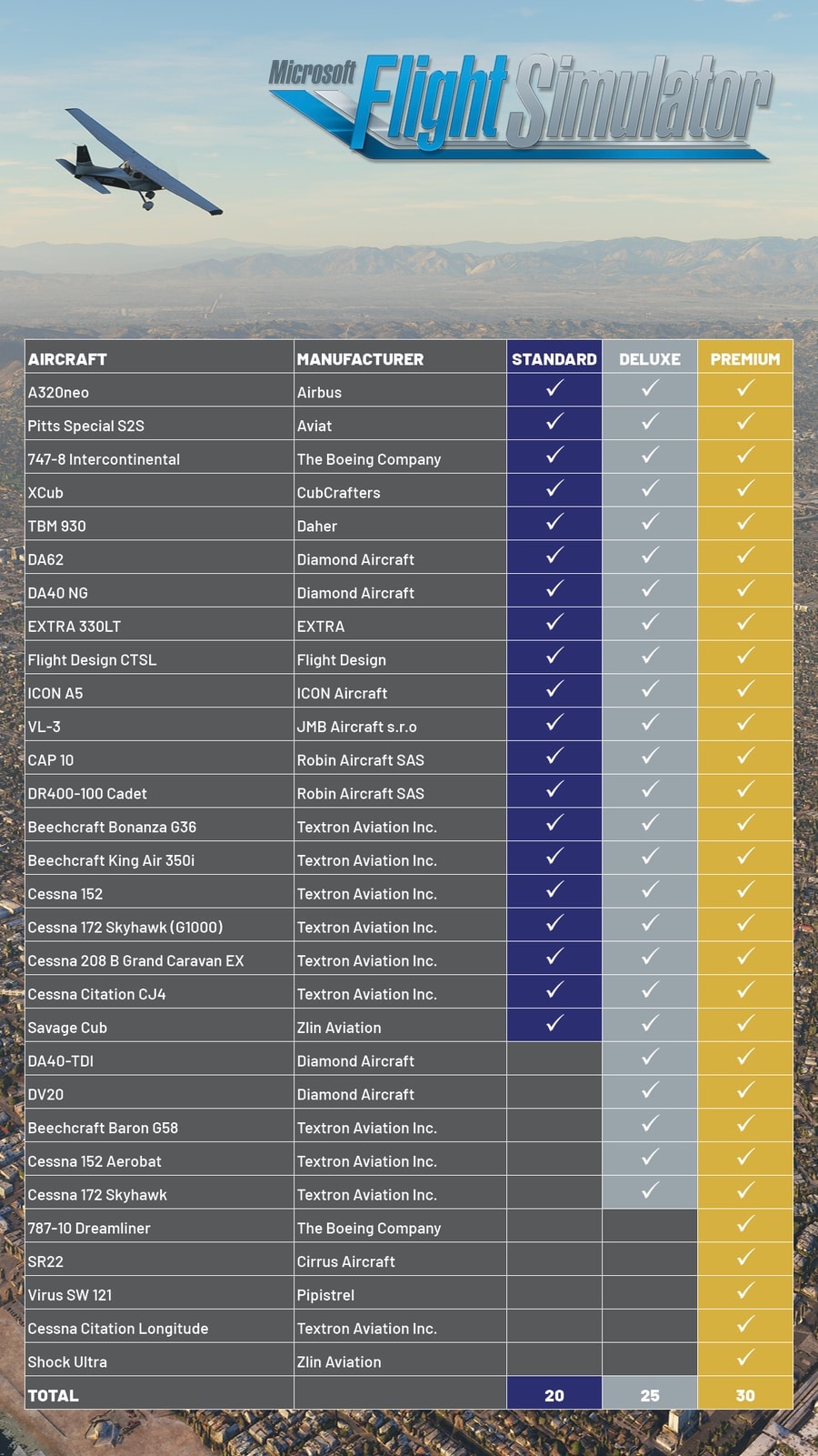 Microsoft Flight Simulator caters for a range of systems, and the officials specs are as follows if you’re looking to build a system in time for the game’s release. 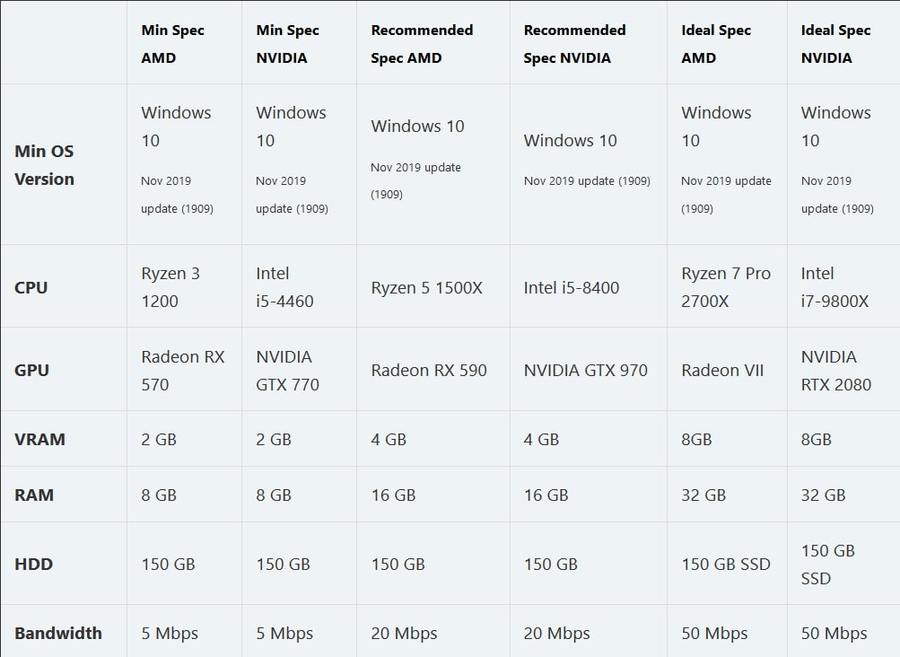