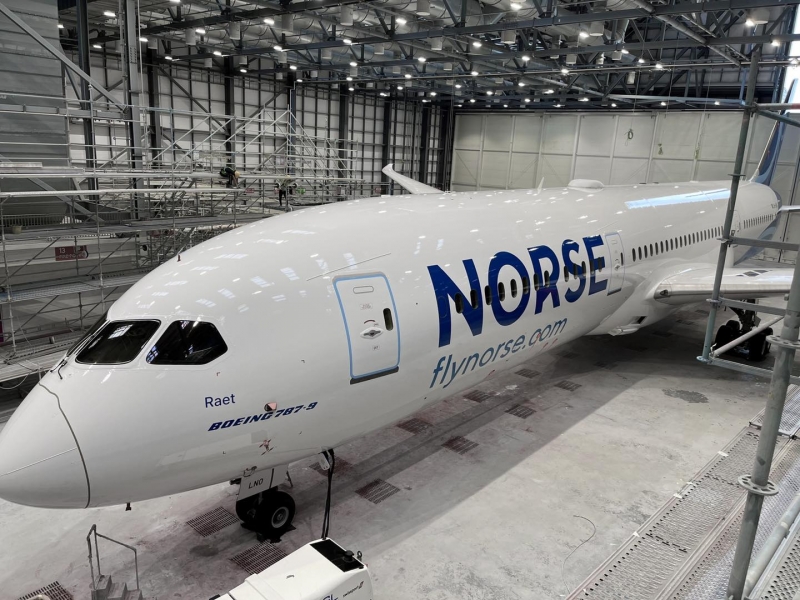 Norwegian-based Norse Atlantic Airways has shared first photos of their new “longship” livery of the first of 12 hand-me-down Boeing 787-9s which previously flew for Norwegian Air Shuttle’s Long Haul division. In total, the airline will take on 15 Boeing 787s, with the additional three 787-8s also being passed on from Norwegian Long Haul.

The simplified livery moves away from the red and white fuselage, to a rear swooping combination of blues and green, with the light blue section being representative of stern of a Scandinavian longship (or Viking ship).

“We got the inspiration from the ships that the Vikings used when they navigated the seas 1,000 years ago… We kinda identify with the voyage that our predecessors took across the Atlantic, and our Dreamliners will therefore be our longships,” said the airline’s CEO Bjørn Tore Larsen. “Like the Norsemen who traveled and explored the world with their state-of-the art longships, Norse Atlantic Airways will give people the opportunity to explore other continents by offering affordable flights on board modern and more environmentally friendly Boeing 787 Dreamliners.”

When LN-LNO flew under the Norwegian brand (with the same registration), the tail was painted to celebrate British-Norwegian author Roald Dahl. Under its new colors, this particular aircraft wear the name “Raet” in recognition of Raet National Park in Arendal, Norway. 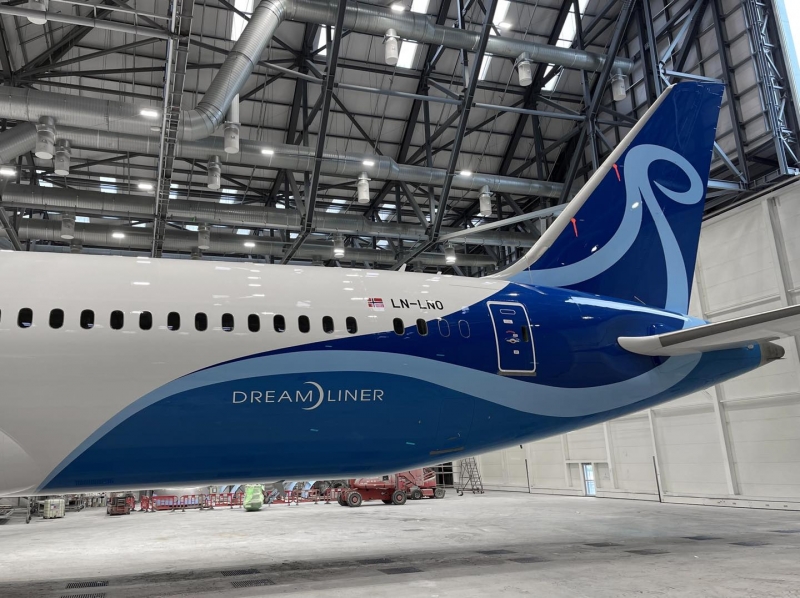 As mentioned above, all of Norse Atlantic Airways’ Rolls-Royce powered Dreamliners (12 787-9s and 3 787-8s) will come from Norwegian Long Haul, a division of Norwegian Air Shuttle. 6 of those 787-9s will come from leasing company AerCap while the remaining 6 will come from BOC Aviation. The airline hopes to pick up from where Norwegian left off, but it will be interesting to see how profitable to venture is given how late they are joining in the Winter 2021 season, on top of dealing with still slugging traffic as a result of the pandemic.

Norse Atlantic Airways is 63% owned by CEO Bjørn Tore Larsen, while the remaining 27% is split between ex-Norwegian executives and now affiliates Bjørn Kjos (15%) and Bjørn Kise (12%).

Norwegian Long Haul was forced to shut down operations on January 14, 2021 after years of struggling to turn a profit. As the parent company started transforming its business solely to European operations, it shed 1,600 staff and ground crew, and returned its fleet of 738 MAX 8s and 787s to its respective lessors. In a statement, they said they plan to “focus on its core Nordics business, operating a European short haul network with narrow body aircraft. Under these circumstances a long-haul operation is not viable for Norwegian and these operations will therefore not continue.” 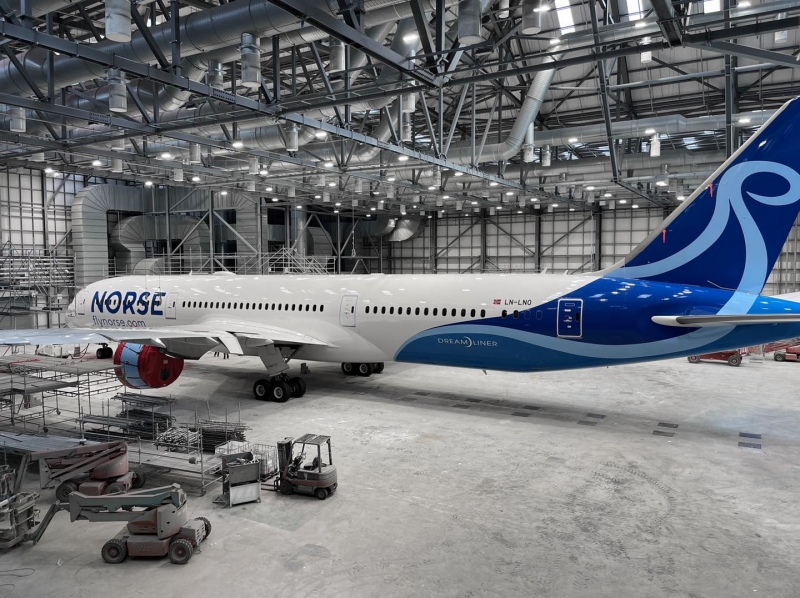