Don’t worry, this acrobatic couple is not in harm’s way 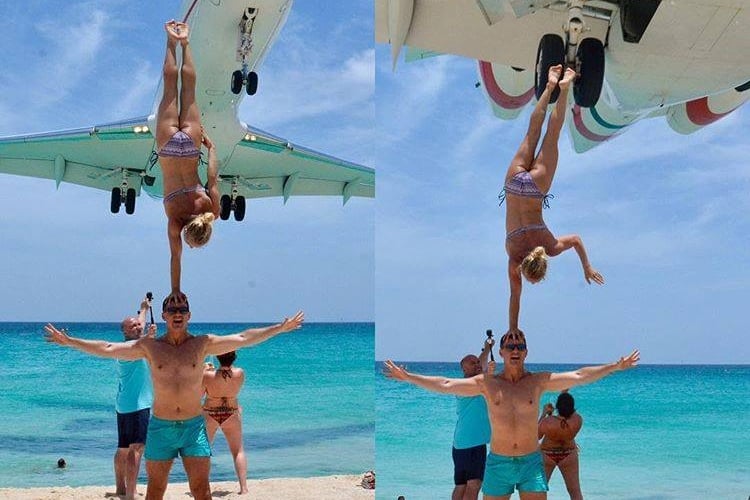 With a little bit of camera trickery and an awesome airport beach front, acrobatic couple Oleg Kolisnichenko and Yuliia Nos snapped a pretty cool picture at Maho Beach in St. Maarten, leaving some a bit concerned.

This photo which got over 500 shares on the ONLY ON SXM Facebook page, stirred up quite a debate as to whether what they were doing is safe. However, it is worth mentioning that the aircraft in the photo is much higher above the beach than it appears in the photo. Anyone who has been to Maho Beach to watch aircraft land and takeoff from Princess Juliana (literally next to the beach) would know that even the lowest approaches are still out reach of the tourists below

Even though it seems like the landing gear is touching the girl’s feet, she is clearly in no danger. It’s all an illusion due to the camera’s placement, and I know our readers are smart enough to figure that out and enjoy the moment.

[Featured Photo: ONLY ON SXM/Facebook]