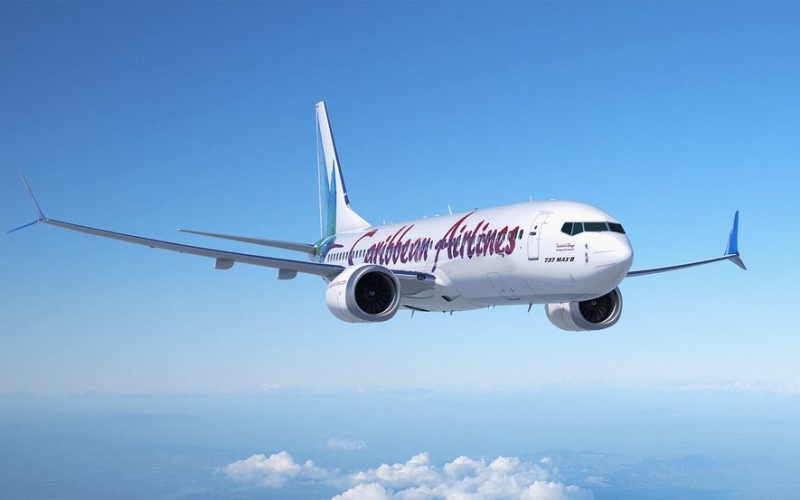 Last year, Caribbean Airlines announced that it would be replacing its current fleet of 12 Boeing 737-800s with newer 737 MAX 8 aircraft.

The Trinidad and Tobago based airline has since entered into long-term lease agreements with Air Lease Corporation for four of those new MAX 8s, with the first aircraft expected to be delivered to the airline within the fourth quarter of 2019. The delivery schedule spans between this year and 2020.

“ALC is extremely pleased to announce this lease placement for four new Boeing aircraft with Caribbean Airlines and be the first to introduce the 737 MAX 8 to the airline this year,” said Steven F. Udvar-Házy, Executive Chairman of Air Lease Corporation. “The capabilities of the 737 MAX 8 will improve operational efficiency and contribute to Caribbean Airlines’ long-term success as the flag carrier of Trinidad and Tobago.”

“The Boeing 737 MAX 8 will allow Caribbean Airlines to completely revamp and upgrade its fleet by replacing its older Boeing 737-800s,” added Kishore Korde, Executive Vice President of Air Lease Corporation. “As a testament to our strong relationship with Caribbean Airlines spanning over two decades, the Boeing 737 MAX 8 is the third new aircraft type that ALC team members have introduced to the airline (and its predecessor) during their careers.”

“Caribbean Airlines is delighted to introduce the Boeing 737 MAX 8 to our fleet with ALC,” said Garvin Medera, Chief Executive Officer of Caribbean Airlines. “The 737 MAX 8 will play an integral role in our success going forward as we continue to increase our competitiveness and high-quality customer service throughout the Caribbean and North and South America.”

Caribbean plans to introduce a three-class configured cabin similar to what is offered on their present 737-800s, with Business Class, Premium Economy and Economy. The new configuration should seat 160 passengers, 10 more than what they presently offer. It is also rumored that the airline may introduce a refreshed livery to go along with the introduction of the new MAX aircraft.