As LIAT’s government shareholders struggle to determine the way forward for the failed airline, its competitor Caribbean Airlines has stepped in to pick up some of the slack, potentially putting LIAT in an even worse situation.

Caribbean Airlines has been approved to fly two routes out of Barbados, linking both Grenada and St. Vincent and the Grenadines into a triangle.

In a statement, the company’s CEO Garvin Medera said, “Transport is a main pillar of Caribbean States, where it provides a space for the facilitation of trade, investment, and the movement of people.  Regionally and internationally, there is a lot to restart, and subject to regulatory approvals Caribbean Airlines is resuming our 2020 plans to expand routes in the Eastern Caribbean. This will begin from Barbados, as its borders are now open to commercial services. For us, improving connectivity is a strategy that has been in the making and we have carefully planned for this expansion, using data and other research to guide our decisions.”

Before the events of 2020, Caribbean Airlines had plans to significantly step up its regional presence by adding 4 additional ATR 72-600s to its fleet. So far they have received 2 of 4, but as the travel sector has slumped, there’s no telling when the remaining two will join the airline.

As of July 22, the airline will fly the following routes: 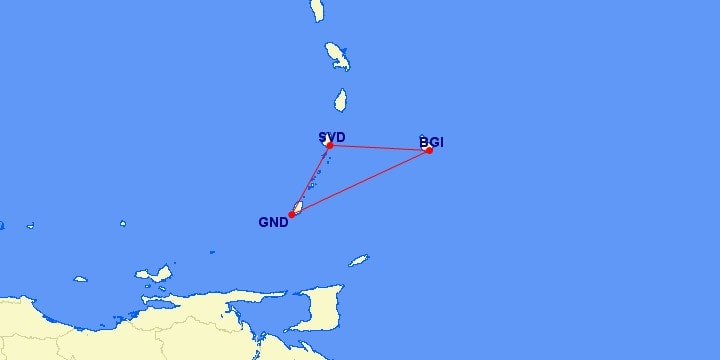