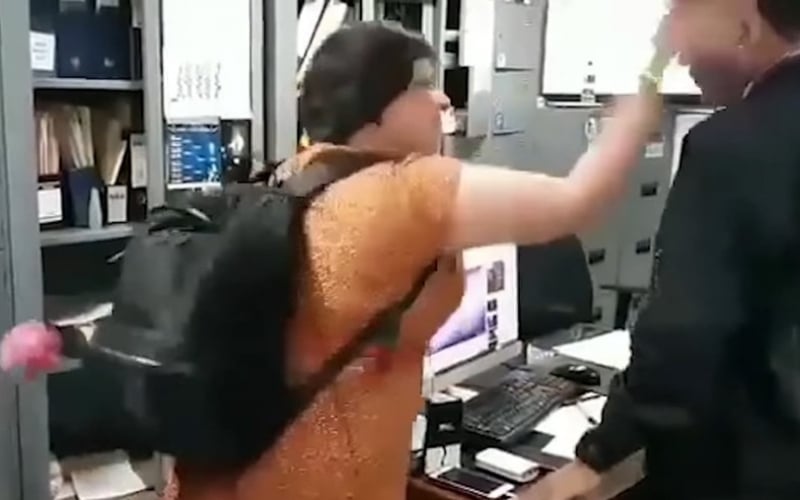 A British tourist traveling from Bali, Indonesia, to Singapore, slapped an immigration officer after being fined $4,000 for overstaying her visa.

Auj-e Taqaddas was supposed to fly to Singapore from Ngurah Rai International Airport in Bali, Indonesia on July 28, but was stopped by airport officials after they discovered that she had overstayed her time in the country. According to their records, she spent 160 over her visa’s limit of 60 days, and would have to pay a fine of US $25 for each day overstayed.

As a result, Taqaddas’ racked up a $4,000 fine and would have had to pay it in order to leave the country. When the 42-year old woman was pulled aside and informed about her situation, she quickly took an aggressive stance, shouting at the immigration officer and hurling expletives during the process.

One of the officer’s colleagues quickly pulled out their phone and started filming the situation.

Taqaddas even went so far as to attempt to snatch her passport back from the officer, but when she failed to do so, she slapped the man on his cheek and continued screaming insults at him. She then noticed the other officer filming her and demanded that he stop recording the event.

Immigration Chief Ngurah Rai Aris Amran said, “she slapped the officer, who is a respected guard. She touched immigration, which means touching representatives of the nation. So we reported it to the police.”

She has since been detailed by the local police.

Here is the video of the incident.